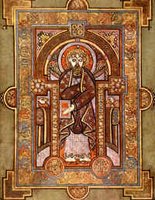 Benedict XVI stressed that Jesus calls also “publicans, prostitutes”, and “people of low social status". They are transformed into witnesses of closeness with him.
Vatican City (AsiaNews) – Even a “detestable” tax collector, like the apostle Matthew used to be, an associate of “thieves, unjust people, adulterers”, is not excluded from friendship with Jesus. On the contrary, his “readiness... to respond to the call” leads him to change his life and to become a “model”, so that the “marvellous effects” of “God’s mercy” shine through his existence.
At today’s general audience, held in Paul VI Hall at the Vatican, Benedict XVI offered a lively and profound sketch of the evangelist Matthew, also known as Levi, the man who laid down the first gospel in the Hebrew language.
After presenting historical data about Matthew-Levi, a collector at Capernaum, the pope expressed his reflections. Above all, there is the fact that “Jesus welcomed into a group of his intimate friends a man who, according to the ideas in vogue in Israel at the time, was held to be a public sinner. Matthew, in fact, not only handled money held to be impure because of its provenance from people foreign to the people of God, but he also collaborated with a foreign authority that was hatefully greedy, whose taxes could be determined in an arbitrary way.” The conclusion the pope was driving at was immediately clear: “Jesus excludes no one from his friendship. In fact, just as he was sitting at table in the house of Matthew-Levi, in response to those who professed to be scandalized by the fact that he was in disreputable company, Jesus made this important statement: ‘Those who are well have no need of a physician, but those who are sick; I have come to call not the righteous but sinners’ (Mk 2:17).” And again: “In the figure of Matthew, then, the Gospels offer us a real paradox: those who are apparently farthest away from holiness can actually become a model of welcome of God’s mercy so that its marvellous effects can be seen in his existence.”
The call of Matthew, like that of the other apostles, highlights the fact that the call to follow Jesus can happen to anybody, even to “people of low social status, while they attend to their mundane work”.
However, the conclusion is not of a “placatory” Christianity: the call of Jesus marks the beginning of transformation and conversion. The painting of Caravaggio of the call of Matthew (in the church of St Luigi dei Francesi), that the pope mentions, is very eloquent in this regard.
Benedict XVI continued: “To the call of Jesus, Matthew responds with an instant ‘he got up and followed him’. The tightness of the sentence clearly shows the readiness with which Matthew responds to the call. For him, this means leaving everything, especially that which used to guarantee him a secure source of income, even if often unjust and dishonourable. Evidently Matthew understood that closeness with Jesus did not allow him to persevere in activities disapproved by God. The application to the present is easily intuited: even today, attachment to things that are incompatible with following Jesus – like dishonestly acquired wealth – is not admissible. Once He said, without half measures: ‘If you wish to be perfect, go, sell your possessions, and give the money to the poor, and you will have treasure in heaven; then come, follow me’ (Mt 19:21). And this is just what Matthew did: he got up and followed up. In this ‘getting up’, it is fair to read the detachment from a situation of sin and also the conscious adherence to a new existence. Not for nothing is the Greek verb used by the evangelist, anastás, the same used elsewhere in the New Testament to express the resurrection of Jesus!”
at August 30, 2006

Do you have a telephone number for the nuncio's office. I would like to contact his office to organise a papal blessing for my parents who will have been married for 60 years at the end of April and I believe you go through the Nuncio to get this. I live in Germany and my parents in Newcastle so I don't really want to go through the postal route.

Father, do you have a telephone number for the nuncio's office in WImbledon. I live in Germany and my parents in Newcastle and I would like to organise a Papal Blessing for them as they have their 60th wedding anniversary on the 26th April. The Postal route I think is a little messy - maybe it can all be done now through the web, who knows? Thanks in advance for your help