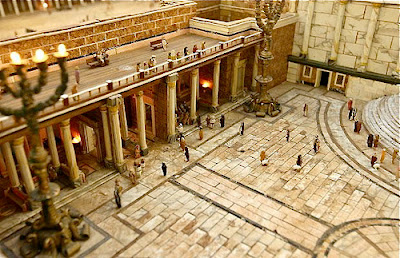 Lux Occulta carries a report in Catholic Voice about Maynooth, the Irish seminary, it is not by Archbishop Dolan but by a or a group of seminarians. It is damning. Fr Z has an easier to read version.

There were suggestions in the Irish press that Maynooth would be closed following the Apostolic Visitation, Archbishop Dolan said the suggestion was without foundation, presumably because he will collect facts and make a private report to the Holy See. However the President seemed to imply everything was fine that the Visit team had a great time and was pleased with everything they saw and heard.
This is cannot be so if only a tiny percentage of the Catholic Voice accusations are true.

It is not the details that concern me so much as the culture that makes the President say everything is fine whilst an anonymous seminarian or seminarians say there are very serious problems. It suggests a culture of fear and secrecy. It is same culture which made Irish bishops claim everything is fine and dandy, whilst having filing cabinets stuffed full of child abuse allegations.
This isn't just an Irish problem; it is problem that lies at the very heart of the Church.

I called for a Court of Israel, a place, a mechanism where Catholics could speak and ask questions honestly.
Our structures are feudal, which isn't necessarily a bad thing. A feudal society in which there is a covenant between the leaders and the led can often be more open than a modern elective democracy but feudalism depends on dialogue and scrutiny. A family is feudal, at its worst it is repressive, at its best its head listens to all kinds of concerns and is questioned and scrutinised by its members.

The model presented by Vatican II is a Church of Colleges, the Pope with the bishops, a bishop with his priests and priest with his people. The problem is of course is that it doesn't work, we have seen in the worst situations in Australia and the US of parishes that have actually left the Church, where wacky priests have surrounded themselves by equally wacky lay people, formed in their own image and likeness. Even in the more ordinary dioceses and parishes, as in a family, show it is often the most manipulative, and therefore frequently the most dysfunctional, who are heard and have the most influence.

One of the glories of the Latin Church, which I am sure has been part of its success as missionary Church is the monarchical Petrine form of government, as opposed to the Synodal or oligarchic governance of the Eastern Christianity. The Petrine form means decisions and change can be made quickly, the Synodal form means that most decisions tend to get bogged down in “Byzantine” discussion.

The weakness of the Petrine model, which has increased the power of Pope, Bishop and Priest since the Vatican Council is that everything is subject, often, to the whim of the individual. The strength of the Synodal model is that it depends on consensus and therefore tends to stability. It is stability that seems to be lacking in the Western Church.

My idea of a Court of Israel is ultimately about scrutiny and debate. The next question is who should scrutinise and who should raise matters for debate and where should this take place.
at April 06, 2011

There is a useful comment on the article about Maynooth by a priest on the Occulta website lamenting the fact that it is an anonymous article. The original article names names but should not the authors declare who they are? Are they really afraid of dreadful reprisals or do they just lack courage?

As a layman there seems to me to be a very real problem in the Church about criticism. Everyone feels free to criticise doctrine but when the actions of the hierarchy or the clergy are called into question the Church seems to be sadly lacking in knowing how to deal with such criticism.

This of course came to the fore in the paedophile scandal and may be that has been dealt with although in an over-reaction. However criticism on other matters is still not dealt with. One matter is obedience to superiors. Do the clergy or religious really have to follow their superiors orders without demur? Is there not a limit to this? Or is there always an excuse: "I was ordered to do it."

Okay there is Canon Law which supposedly has procedures for bringing people to account but they do not work in my experience - the papers just get binned. It is rather as if in an English court were to say to a litigant you can make a claim but we will just tear it up. We would not tolerate that in civil society so why is it tolerated in the Church? It is the sort of behaviour you might expect in some totally corrupt third world country.

And then there are the laity. The attitude seems to be "pay, pray and shut-up". We are supposed to leave it all to those whose responsibility it is and not to invigilate what happens. Okay most of the time but when something scandalous is being permitted are we supposed to keep quiet?

Most civil organisations have complaints procedures these days - why not the Church? Why is there such a failure to engage in reasoned dialogue with those who have concerns - meet them, talk to them but do not just ignore them.

What I read of the Cardinal Vaughan School controversy seems to be very much a case in point. Why not meet the parents?

Twice now I have tried to leave a comment and each time when I finally got to the posting I was informed that my post could not be processed and all that I had written simply disappeared into space. I find this rather disturbing

My last comment seems to have got through!
My previous comment, which was quite lengthy just disappeared.
I related the way things were when I was a seminarian. None of the goings on at Maynooth would have been accepted when I was in Lisbon and I am sure that the Church had it right then. I can also say that in my opinion, the dreadful failure in the formation of future priests evidenced by the letter which Fr. Zulsdorf posts, accounts for some, if not all of the failures which the Church in Ireland has experienced these last decades.

The model presented by Vatican II is a Church of Colleges, the Pope with the bishops, a bishop with his priests and priest with his people. The problem is of course is that it doesn't work, we have seen in the worst situations in Australia and the US of parishes that have actually left the Church, where wacky priests have surrounded themselves by equally wacky lay people, formed in their own image and likeness. Even in the more ordinary dioceses and parishes, as in a family, show it is often the most manipulative, and therefore frequently the most dysfunctional, who are heard and have the most influence.

Whilst I would not wish to be accused of scaremongering, I think we should be asking questions about what is going on in English seminaries. Rumours do persist that our own seminaries are not totally bastions of orthodoxy.

Upholland has closed and Ushaw is about to close, whilst the seminaries of the Midlands and the South seem to have achieved some degree of stability. Could it be the case that seminarians of the northern seminaries have similar experiences to their colleagues at Maynooth.

If you turn up my posting of 9th Sept 2010 you will find some account of the goings on at Maynooth which appeared in the Irish Mail at the time and the visiting professor who wrote the article was sacked for whistle blowing . This was the 2nd of two articles I reported on but I cannot trace the original post which must have been in July or August of that year.

I seem to recall a posting on your blog a few years ago about the foundation of Meynooth by French Catholics of a Jansenist stamp, escaping the French Revolution.

I don't see why the article was censored by Lux Occulta. The names were published in the Catholic Voice ich goes out nationwide across Ireland.

hmmm ... on the one hand an anonymous group who think everyone who doesn't agree with them are heretics; on the other an investigation done under the full authority of the magisterium ...

Father, I read the uncensored article and found myself troubled by the allegations.

However, whilst reading, I felt that something was not quite right. Then I realised that, although the Voice states that the article comes from a group of seminarians, the grammar strongly indicates that it is the work of one person (even when the pronoun changes from "I" to "we".) I am thus left wondering if perhaps the allegations come from one bitter individual rather than a representative group of seminarians; I believe it is so.

The recent visitation will have discovered if there is any veracity to the claims made by the author(s) of the article. Archbishop Timothy Dolan, though very jovial by nature, is an incredibly sharp-minded person who does not easily suffer fools. I would certainly place my trust in him immeasurably more than in the anonymous seminarian(s) who probably have an ax to grind and new that the Voice would readily provide an opportunity.

I have always found anonymous criticism to be overwhelmingly spurious and normally the work of an unhappy soul. The good of the Church is not served by spreading or promoting these allegations at this stage.