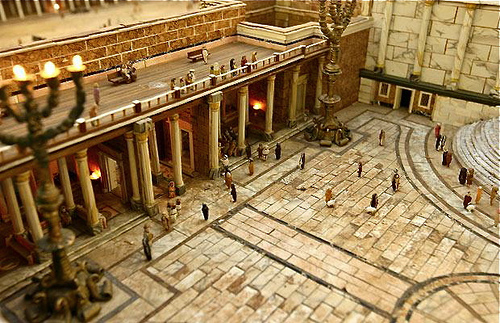 He cites some of his own experiences of Catholic education; a nun teacher who boasts her school does not "indoctrinate" its pupils, sixth formers who don't know what the Blessed Sacrament is. It is easy for many of us to come up with horror stories not just of the products of Catholic education: the knowledge or lack of it by Catholic pupils and of the standard of teaching, as well as criticism of the Catholic Education Service itself but actually that isn't the issue.

The issue is whether RE per se should be taught in schools, not just Catholic schools, we are talking here not about passing on the Catholic Faith but passing on knowledge of religion. I would say that, in itself, is important in order that a student understands the significance of "belief" in society, simply because most people in the world believe. In Europe, it is important Christianity is taught in order to understand European culture: its music, its art and architecture, its history, its political structures. In Europe, even for a secularist the Christian myth is the fons et origo of our civilisation.

For Catholics, however, there is a need for debate and to ask what is RE for, indeed what a Catholic school is for, that is the beginning of a  deeper debate that touches on the most fundameantal of all questions: what are Christ and his Church for. It was a debate Bishop O’Donoghue tried to start and which his episcopal colleagues simply brushed aside.

The conflict in Westminster Diocese between Archbishop Nichols and the parents of the Cardinal Vaughan school is part of this debate. I am no advocate of democracy in the Church but debate, discussion, dialogue is, or should be, an essential part of ecclesiastical life. Where this debate should take place I don't know but it seems that many Catholic parents are deeply concerned about Catholic RE, the CES and, in the case of the Vaughan, the Archbishop of Westminster are not listening or at least no conversation is taking place.

Oddie makes mention of Daphne McCleod, who for years has been the heroic lone voice calling for a form of Catholic Education that prepares our young for living a Catholic life, for Catholic marriage and ultimately for Catholic death. For years she has speaking but few have been listening and few have entered into dialogue with her.

If we can have a "Court of Gentiles", surely we can have a Court of Israel in which real dialogue takes place within the Church because, as I say, the main issue is not just Catholic education but the very purpose of the Church and Christ himself.

Perhaps one of the problems is the language that should be used. In Vaughan debate it seems that both parties are shouting through megaphones but not listening to one another, maybe the reason is that different languages or terms of reference are being used. Here the Holy See seems to offer common ground,
the General Directory for Catechesis and the Catechism of the Catholic Church, for Catholics, the Archbishop and Vaughan parents, that should be common ground, unless one of the parties is ploughing its own furrow, out of communion with the thinking, at least, of the Holy See.
at April 02, 2011

My elder granddaughter, who is 12 years of age, attends a school that is suposed to be a first class Catholic school. She told me a couple of months ago that at their school Mass the priest "dropped a bit of white stuff into the wine and made it taste horrible". She was talking about the fragment of the Host being dropped into the chalice.

A couple of weeks ago my younger granddaughter, aged nine, told me that the 'box' on the pole in the church next to the school had been smashed and broken in to. She was talking, of course, about the tabernacle. I try my best but the family situation is difficult, as it is now for many grandparents.

Last year I was in a church and a couple of teachers came in with a class being prepared for their first Holy Communion. One of the teachers began her talk by reminding the children about their previous conversation where receiving Holy Communion was like a barbecue or a family picnic where everyone gathers together for a happy family occasion.

It is the DUTY of bishops to ensure that what is taught in schools in their dioceses is basic Catholic doctrine at least. That so many have abdicated their responsibilities is primarily the reason why so many children abandon their faith long before they leave school. I fear nothing will improve until this group of bishops is replaced.

In the 40's & 50's we did the Catechism daily and then we had to memorise the prayers for our 1st Confession & Communion.

We were Confirmed by the Bishop and that was about it.Being Catholic Schools we had no idea what Non-Catholics got up to but we were taught the difference between a Venial Sin and a Mortal Sin.

Just finished Hilaire Belloc's essay on why Catholic children should not be formed in "State" schools. It was brilliant, of course, but written in at an earlier time. Has the record been set for grave RPMs?

"For Catholics, however, there is a need for debate and ask what is RE for, indeed, what a Catholic school for, that is the beginning of a deeper debate that touches on what the Church, indeed what Chris for"

I do try and follow your arguments, Fr Ray, but this time you have lost me.

if you can explain your comment above, I could try and reply to it.

Catholic teachers are criticised for many things but at least most of us can string a basic sentence together.

People who stand up and attack those of us in the front line without reason make me sick.

Quite right Bernardette, that is nonsense, it did look like that when I reread it.

I'd like to throw a more positive light on at least one Catholic school - Catholic High in New Iberia Louisiana, where about 7% of the students are non-Catholic.

My cousin who teaches there amused me last Thanksgiving by telling me of how one of the local Protestant pastors was a bit upset during Sunday school when 3 of the (Baptist) teenage kids insisted that the presence of Christ is not just symbolic in Communion. One of them supposedly told the pastor "Reverend, Jesus said This is my Body. This is my Blood. He didn't say nothing about no symbols. Jesus said it and so them Catholics believe it."

It's not all doom and gloom.

Dear Father Blake, I am not one of those who had the 'benefit' of a pre-Vatican II education so lauded by some who post on this blog.

However, I can say that both my Catholic schools were quite clear about what the Church teaches. Of course, this did not prevent us from knowing other points of view, nor did it stifle healthy debate. Although we were presented with Church teaching, we were taught to question in a logical manner with the view to realising that there is no dichotomy between faith and reason.

Our academic study was beautifully balanced, not only by time for prayer, but also by allowing for the expression of faith by involvement in various charities and social justice activities. We were strongly encouraged to do even the minutest thing 'ad majorem Dei gloriam'. We discussed faith as readily as algebra or rugby; for this I am truly grateful.

I believe that Bernadette is accurate in saying that teachers in Catholic schools are often unjustly criticised (probably by those who would not last a day in the classroom). Teaching is not an easy vocation and those who expect pupils to passively sit absorbing the wisdom of the one who is teaching are living in a bygone era.

BBC - Press Office - Network Radio Programme Information BBC Week 16 Good Friday 22 April 2011
Starting at night in the Garden of Gethsemane, the place where Jesus was arrested, Dr Beattie re-examines the human and spiritual consequences of Christ's journey to His death on the cross.

Bernadette and Parapidemus: Reading William Oddie's blog I do not think there is an indiscriminate attack on Catholic RE teachers. It is obviously a very difficult job with honestly held different approaches. What is troubling grandparents like myself is when one sees the CES distorting statements made by the Government as to what is Government policy so that the policy looks innocuous and acceptable to orthodox Catholics. Further there is widespread anecdotal evidence where Catholic schools and teachers seem to be teaching something diametrically to the Catholic faith e.g teaching children how to use condoms and directing them to agencies which can lead to abortions. Do you agree?

Is there not a need for "Catholic" schools to be identified as orthodox or not? Parents and grandparents should at least know so that they are not disappointed. I doubt if the present hierarchy, as a whole, will do this so is it not down to orthodox Catholic teachers to do something? An association of orthodox teachers as a start?

I could have sent my children to a Catholic school but did not do so, largely because I did not trust that they would be taught the Faith properly.

It seems better for them to have no religious education (other than a bit of wooly Bible preaching) at school, and then learn about the Faith at home, rather than have to try to counteract wrong teaching from a supposedly Catholic school.