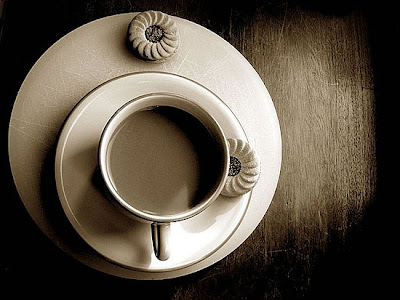 The great act of unity that preceded the Week of Prayer, the setting of the Ordinariate and the ordination of Fr Newton and companions highlighted the possibilities and aim of Christian Unity. For Catholics Christian Unity isn't fuzzy nor is there anything ambiguous about it but an acceptance of the fullness of the Christian faith by other Christians. With the ancient Churches there can be real dialogue because we start from a common understanding of God, I mean a God who is Triune and Incarnate and who communicates directly through the sacraments and Tradition, with liberal post reformation Christians one sometimes wonders whether we have more in common with orthodox Jews and Muslims, at least they believe in a God who speaks to us, who gives us more than take it or leave it morality.

The real focus of Unity ought to be first of all amongst ourselves. Is it too much today to make a distinction between those in schism and those in heresy. One of the important burdens laid on Bishops by the Second Vatican Council is to be the minister of unity, nothing new the Church has always seen him is as the focus of communion, the model of the Good Sherpherd reminds us that the Bishop is supposed to go in search of the lost sheep.

I was heartened to read the Bishop of Nice, Mgr Louis Sankalé had been to tea, or at least visited the local SSPX, strange that it should be news. Strange that it should be more acceptable to welcome into one's pulpit or lead prayers in one's church the local female liberal Methodist minster but trying to invite a priest of the Society of Pius X would throw up all types of problems and worst, suspicions!
at January 24, 2011

Here's a word in Hebrew: hesed.

It means God's lovingkindness, bestowed on His chosen people (Jewish or baptised) because He has promised to love them and deliver them from all evil, and which is quite unperturbed by infidelity on the human side.

I have just finished reading a new book by Clifford Hill, Unbreakable Love, in which the author examines the concept through the eyes of the Old Testament prophets.

When God's people lose confidence in His hesed cracks appear in the Church's unity. When they regain it, these cracks are healed.

I know of a parish in ny own Archdiocese where last year during this week the local Anglican lady Vicar swapped places with the Catholic priest and they presided over one another's Service / Mass for the Liturgy of the Word and then returned to their own churches to conduct the liturgy of the eucharist.
Ergo - invalid Mass?

I read on the website of the Diocese of Nice that the good bishop was accompanied by Fr. Leon Pape Gnacadja the Parish Admininistrator and by Fr. Jean-Louis Balsa the Vicar General. I take it that the bishop was the one who was wearing a Roman Collar and soutane and that it was the other two who were wearing ordinary "civies". Of course the SSPX priest was dressed in Roman Collar and soutane.

Some time ago we went through a phase where we all went round to other local churches to celebrate with them and had a drink and a sandwich afterwards,it was quite an interesting experience.

Most of us had never been to a Non-Catholic Church before and the same was for them.

I thought it was going to be a regular thing but when that PP was moved on it came to an end.

JARay, I have looked at all the photos. In that where Fr Moulin welcomes the bishop and the two priests it is he, Fr Moulin, who is wearing a soutane. The bishop in all the photos is clearly wearing a suit, a clerical collar and a simple pectoral cross. Fr Balsa is clearly wearing a clerical collar and dark clothes, not 'civvies'. Fr Gnacadja too is wearing dark clothes, though it's not clear if he has a clerical collar. The photos show who and what the three men were and that they were making a pastoral visit around the parish of Fr Gnacadja.

I may be misinterpeting your comment as showing a hint of disapproval of the dress of the two priests. God bless you.

I can't help believing that at some point Jesus' prayer that they should be one, will be answered, even if it's not until after Judgement Day.

Meanwhile we just try. Tea and buscuits are a great way to get things under way :)

mumofsixkids((I'm a mom of five living, two died, God rest their souls) but totally agree with you. In my younger days, I was the Catholic representative, I met some really true friends of Christ. His will in this, is what we need to focus on and keep asking for the power and faith to believe in. Our Lady has already given her word. Is that truth? Ofcourse! Do we believe it? That's for us earthlings to get to grips with. Contemplate, what she watched happening to her son. Truly, give it, a moment's thought.
All shall be well and all manner of things shall be well. Very well.

I think various protestant sects would denounce those two biscuits [pictured] as "frivolous" and far too Catholic in their ornate beauty, not to mention tasty [anything that good can't be Christian in their dour world].

The daily prayer intentions for Church Unity, written by Fr. Paul, were the whole reason for the prayer Octave.

In my opinion, this work of Fr. Paul Watson has been canceled out by the ecumenists and thier spirit of relativism.

Perhaps Father, you would like to advance a definition of "Christian Unity". I keep reading the phase, but the question never gets answered.

Almost as if it is self-evident... But I'v found no priest yet able to give a definitive answer.

Anyone? A definition of "Christian Unity"

unity among Christians. It doesn't seem like a tough question.

Active sacramental life in a Catholic Church in full communion with the Bishop of Rome (There are about 17 such).