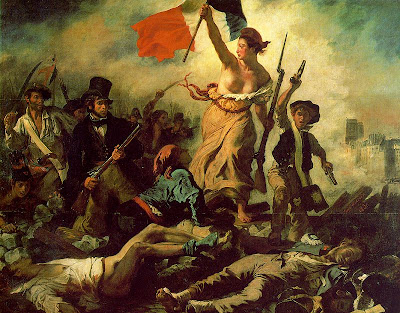 The Irish government have "for economic reasons" closed its embassy to the Holy See, of course the Blair government proposed to do the same thing, substituting a Vatican desk in the Embassy to Italy. Fr John Corrigan suggests that many other governments might well follow Ireland's lead and that the Church's real authority comes from the voter in the pew.
Fr John is right of course but the problem is that in Europe after 40 years of the liberal ascendancy most Catholics are unsure of what the Church teaches, and what of it they accept, most especially on moral issues. Even amongst the clergy not only is there ignorance but out and out descent, a quarter of the Irish clergy have signed up to the agenda of Association of Catholic Priests, these are hardly the men who would run to the barricades to defend marriage, or the place of the child in society, or even the person of Jesus Christ, or even the poor, at least not under the Church's banner.
The weakness of the faith in the pew means that at an international level the Church is weak but it is not just in weakness the parish, it appears that on a national level we have substituted access for influence. Catholic leaders hobnobbing with ministers is never a good substitute fo the real threat of a loss of votes or much better voters understanding what the Church teaches and being able and willing to articulate it.
at November 05, 2011

Well said Father, however it's actually less than 10% of Irish priests that are members of the ACP. Have they been overstating their membership?

These same Bishops and clergy who "demand" changes in Rome. And sign on to rebellious groups like, "Association of Catholic Priests".

Robert, all these things a truly shocking, but the Church is the Church, to not "unify fully" is sinful.
For a Catholic there is no option!

As a resident of Northern Ireland who considers himself Catholic and Irish, I have now made the sad decision to return my Irish passport and get a British one. I call on all those who are in a similar position to do the same to show their disgust at the decision of the so called Irish Goverment to close the embassy to the Holy See.

Organised Religion,especially Catholicism is the only force that can defend us from the overpowering and destructive "Financial Services"

The life is being sucked out of us by these parasites encouraged by an Eton educated hierarchy.

They cannot be defeated by the Ballot-Box as they have got the whole system so corrupted.

The recently-published Forbes list of the world's most powerful people puts Benedict XVI in 7th place, ahead of David Cameron (10th) and Nicholas Sarkozy (13th). Enda Kenny is nowhere. The Holy See has been a major diplomatic player for centuries. In 1984 it succesfully arbitrated between Argentina and Chile in the long-running dispute over the Beagle Channel, and it even has clout in Iran. In diplomatic terms the Republic of Ireland is insignificant; by its own choice it doesn't even have a voice in the world's most powerful and successful alliance.

Much as I agree that the omnipresent usury in the modern world causes much misery, I can't think of a single Catholic bishop who has ever been near Eton.

Come to think of it, it might be going a bit far to imply that the English bishops are educated...

For the last 40+ years the bishops of the English speaking world, have presided over the collapse of authentic Catholic Education and we are seeing the result. My generation would have been the last to be taught about the Faith according to Church teaching . Will there be anyone willing to pick up the baton when we pass?

“We have to build, while the others are demolishing. The crumbled citadels have to be rebuilt, the bastions of Faith have to be reconstructed; firstly the holy sacrifice of the Mass of all times, which forms saints; then our chapels, our monasteries, our large families, our enterprises faithful to the social politics of the Church, our politicians determined to make the politics of Jesus Christ – this is a whole tissue of Christian social life, Christian customs, Christian reflexes, which we have to restore.”

Your picture showing the goddess Columbia, leading the satanic hordes; we have an image of her in America, it is known as the Statue of Liberty.

Sorry about that,I meant the CLOWNS running the country.

"catholic leaders hobnobbing with Ministers"
Fr caveat: who knows what evils have ben averted, negatives are so hard to prove..

But the -godsend-mistaken!-impression one has had for half a century since the first abortion law is that the main and obvious results of the hobnobbing have been the hobnobbing itself, and the nobbling of any initiatives that might have made cynical wordly, and busy politicians think of DOING ar not doing something for the bargainbasementcheap catholic vote.
And the expense in tea and bikkies alone!
hafta leave it to prayer!

Could "Nickbris" please moderate his language. Many of us, myself included, hold the so-called "Mad Woman" in the very highest regard.
Nickbris should exercise a bit of Christian charity when referring to a lady who is in poor health, and whose contribution to the politics of this country was immense.

Let us remember Margaret Thatcher in our prayers.

I have to apologise for offending the patriotic feelings of 1569 Rising,the term I should have used was Termagant

Fr Ray and Shane, I haven't read anywhere that 25 percent of priests in Ireland have joined the ACP. The figure of ten percent has been mentioned many times. In a recent post on the ACP website by one of its members, Fr Joe McGuane of Cloyne, writes: 'At present, membership seems to be around maybe 12% of total. This is quite small, small enough to be called a rump or even a disaffected rump. Like our baptisms, at least two thirds I fear are just paper members. If push ever comes to shove, I believe two thirds would melt away. The attendees at our morning meeting made up maybe 2% or 3%. Over the next year I hope a determined effort will be made to increase membership' [http://www.associationofcatholicpriests.ie/2011/11/reflection-on-the-agm-and-the-way-forward-joe-mcguane-cloyne/].

The decision to close the Irish embassy to the Vatican is short-sighted and it stretches the imagination to believe that it was only an economic decision. However, Ireland and the Holy See will continue to exchange ambassadors, with both residing in Dublin.

'Catholic leaders hobnobbing with ministers is never a good substitute fo the real threat of a loss of votes or much better voters understanding what the Church teaches and being able and willing to articulate it.'

Unfortunately Father we seem to be sleepwalking into disaster.