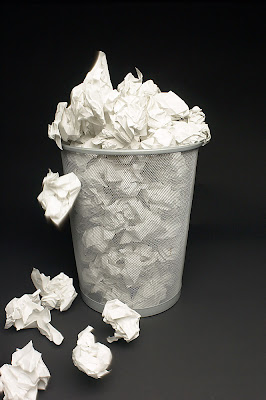 Today the Holy Father accompanied by the heads of at least eight dicasteries meets with the Irish heirarchs to discuss the fall out from the Irish abuse reveleations in a 12 hour meeting.
This meeting is, I hope, of significance for the whole Church. The Irish heirarchy spectacularly show up the faults of the way in which the Church is governed, or misgoverned. As horrific as the abuse cases were the damage done was not only of their own making but also of the Church's law. It was the result of the worst aspects of the lack of accountability, lack of fraternal correction, of hiding behind the collective responsibility of the episcopal conference, of deafness to the pastoral needs of their people. It demonstrates what can happen when Bishops are encouraged to see themselves primarily as Church managers rather than Pastors.

The great problem seems to be the feudal structure, that makes a Bishop Lord of all who surveys linked to an unaccountable oligarchy of the Episcopal Conference. In the past when the Episcopal Conference structure was weaker, the Bishop was directly accountable to the anvil of the senior clergy of his diocese on the one hand and the hammer of the Roman Curia on the other.

I am not sure feudalism is the primary problem, unless the Bishop surrounds himself by cronies and disregards the law. In the Church it works if there is a careful balance of rights and obligations, properly excercised within the bounds of Canon Law. The Church isn't a democracy. The problem is the Episcopal Conference, I wrote a few weeks ago about how our own Episcopal Conference avoids accountability from Rome, Ireland seems much the same, Bishop Willy Walshe infamously claimed he threw anything from Rome in the wastepaper basket.

Apart from a better quality of Bishop, somehow I think Summorum Pontificum actually might hint at an answer to some of Ireland's problems, I don't mean the Traditional Latin Mass itself but the legislation surrounding it. Summorum Pontificum is significance is often overlooked, it is unique, giving lay people the right to ask for something, parish priests and bishops the duty to answer their requestss, and Rome the duty of ensuring these rights are respected.

One of the Lost Sheep. said...

It is not only Irish bishops (i.e. Willy Walshe) who throw things away. An English bishop (now retired, thankfully) said to one of his priests 'Anything I get from Rome I throw in the botttom drawer.'

It is obviously an attitude of mind among our shepherds to reject anything from Rome they do not like or may cause them some ecumenical discomfort. So many documents from Rome in recent years that have attempted to correct abuses [The role of the laity 1997, Ecclesia de Eucharistia 2003, Redemptionis Sacramentum 2004) have all been rejected by our bishops as not being relevant to the UK. In my opinion the sooner that episcopal conferences are disbanded and bishops once again become responsible for their dioceses the sooner the situation wil change for the better. Too many unsuitable candidates have been appointed and then hide behind the skirts of collegiality, frightened to exercise any authority in their own dioceses in case it does not go down well with their chums in the episcopal 'club'.
And, may I ask, where is the nuncio in all this?

What you say Father is very poignant. The case of the Bishop of Kilaloe throwing away anything which came from the Vatican cries out for a total overhaul of the Irish episcopacy. St.Patrick must be turning in his grave. He is said to have thrown out the snakes from Ireland. It seems that they have returned with a vengeance.
JARay

What you've written has sent me off on a side-track; it is too long to post here, but you might care to look at it on my Ancient Richborough blog. And thank you, Father, for your consistently thoughtful blogging. +Edwin

I'd be more inclined to aver that the problem is at least as serious in the Irish civil authorities as in the ecclesiastical.

The main problem within the Church is the lack of judicial control of hierarchical subordinates, not some legacy of "feudalism".

That also goes to the time - typically two years - it takes to get an annulment of marriage warranted on the merits. On March 13 last year I was sued in the county court, and I won as late as December 21 only because the hearing of October 14 was adjourned.

The British civil authorities have much to teach the Church about judicial efficiency.

Canon Law places a great deal of responsibility on Bishops for the proper running of their Dioceses; but what actually happens is that they simply 'go with the flow', and stick to the decisions of the Conference - because that way they feel 'safe'.

I may be wrong, but I can find nothing in Scripture to suggest that 'collegiality' will be a good defence on Judgement Day.

I fear that the conclusion that Episcopal Conferences are inherently bad cannot be far away . . .

You might also ask, just how many Bishops do we need? Just one I suppose - the Archbishop of Westminster.

Priests can and do give the Sacrament of Confirmation.

Now there's a radical step - revert all the Bishops back to priests. God knows we need more priests.

These Episcopal Confrence things are problems, I would agree, in that individual bishops sometimes use them as an excuse to "shine it on." i.e. "That's Bishop's X's deppartment."

But abuses were happening and covered up without such things being in existence.

As for the likes of Willie how about someone, oh, say a pope, hack off a few heads before this landgraves get any further on their power trips. How about the VATICAN do ITS job when vetting bishops?

How about consulting MORE with bishops who have the better numbers of vocations and better numbers of faithful Catholics than idiots who can't enforce the most basic of things. [like, "gee, perhaps clown masses aren't good."

And Frankly, if the Vaticna DOES make a mistaake and promote jackasses to the episcopal office, they should admit their mistakes and yank the guy and send him to ecclesiastical purgatory counting holes in the accoustical tiles somewhere.

In the Navy, for instance, even if teh captian wasn't on deck at the time the ship runs aground, the Navy would crawl up the CAPTAIN'S butt. How about the pope do HIS job and get rid of some of these losers instead of just giving them a slap on the hand.

In this regard I wish the pope would start acting like he's NOT the president of the ladies sewing circle on alternate Mondays and Wednesdays.

And he needs to get rid of some of the spychopants around him. A bunch of yes men telling him what they think he wants to hear.

Fr
Thank you for your prayers at this difficult time in the church in Ireland. Our many good priests are very disheartned and the secular media and enemies of all that the church stands for are having a field day. I pray that from all this grief and turmoil a new church that is accountable and repectful of the laity and of papal authority will emerge.

Having once been a partner in a law firm that dealt with abuse cases I think one of the problems is the lack of a formal complaints system in the Church. I have found this since retirement when I have had occasion to submit a formal case to his Holiness the Pope. I consulted Canon lawyers and I read the Code of Canon Law. I submitted the case in what I believed to be due form. After a year or more I have not even had the courtesy of an acknowledgment from Rome. I know that the complaint was received and read from Vatican gossip but that is all.

It is rather as if one issued a writ in the High Court here and the Court officials just lost it. An unthinkable situation which would lead to questions in the House of Commons at the very least.

However that is the same kind of treatment that many parents of abused children received. They were just ignored.

Until the Church has proper complaint systems and proper processes to enforce Canon Law then these kinds of problems are likely to recur. Otherwise it is the old "Quis custodiet" problem.

The real problem is a lack of feudalism, it has been replaced by absolutism.

Pope Benedict began to repair that problem within the Church when he told Bishops and their modern day royal courts, the lay organisations they build up around themselves, that priests and laity and also the Pope have certain alienable rights that the Bishops cannot ignore.

This was what the motu propiro did as much as freeing the ancient rite it told Bishops there was a limit to their power and that they were Bishops to serve God, their priests and the laity not to serve themselves, not to use their power to pursue their own agendas.

The Bishops do not have absolute power, they are "constitutional" Bishops not absolute monarchs.

And to many Bishops have been ignoring the "catholic constitution" and instead just doing what they please, or not doing, as the case may be, many of the current problems are caused by omission as much as things actually done.

An English bishop (now retired, thankfully) said to one of his priests 'Anything I get from Rome I throw in the botttom drawer.'

By not naming the bishop you could be 1. writing a falsehood or 2. casting aspersions over every now retired bishop.

What was the bishop's name?

No Norah we don't want to name a name!

There is certainly one non-retired English bishop who would say this.
Cdl Hume would have said some things from Rome are important, some not.

I think that part of the problem is that bishops often feel unaccountable to their own priests. Chapters of canons were at one time a real senate but now their role has become merely ceremeonial.

A stable group in the Irish diocese in which I reside has petitioned the Bishop for a TLM for nearly 6 months now. Our letters seem to disappear into a black hole. We are not even graced with one reply. Quite a large proportion of confirmations are to be carried out by priests this year for the first time! Devolution to "de parish camuunitee" I think is the catch phrase. We also have missions run by lay people and Amnesty International ads in the Cathedral's newsletter. Yes, yes, not content with the mess of sexual abuse they now must provide advertising space to an organisation that promotes murder of the unborn, a far greater abomination.


I sincerely hope this visit will reinvigorate our Bishops. Praying for a miracle!