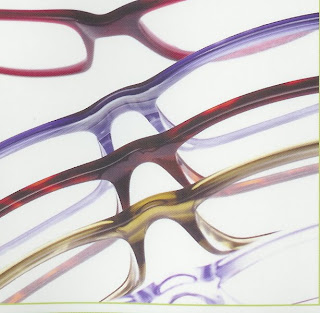 We can be easily conned into a myopic view of what is happening in the Church and other ecclesial communities.
In the Catholic Church is the fight really between conservatives/traditionalists/orthodox -whatever you want to call them- and liberals?
In Anglicanism are the divisions actually between pro and anti women bishops and gay clergy?

The problem, Cardinal Kaspar has frequently identified, is one of Authority, the authority of scripture and tradition versus the authority of personal insight or intuition.
Fr Dwight sums it up nicely:


The question should not be, "Do you think women should be bishops?" or "Do you think two people of the same sex can marry one another?" The question is, "Do you believe that Jesus Christ is the Son of God, born of a Virgin Mother, died on the cross for the salvation of a sinful humanity, rose again on the third day and is now seated at the right hand of the father?" The real question is, "Do you believe that the Father and the Son sent the Holy Spirit, established the Church as the sacrament of salvation and that the Christian's sole purpose on earth is to love God, serve him, make his way to heaven and take as many others with him as possible."

Christians of all denominations and traditions who fudge on these basic questions of belief will inevitably take either a radical or at least a soft line on the contemporary 'issues'. That is because, whether they are conscious of it or not, they essentially believe that the Christian faith is not a revealed religion, but a relative religion. That the Church is not founded by God through his Son Jesus Christ, but it is a human and historical construct, and as such it needs to adapt to the changing needs of society.

Ultimately the issue is one of continuing Modernism: subjective versus objective revelation - has God revealed himself or not? Which ultimately comes down to the question: did God create us or did we create him?
It lies behind the words of Pope Benedict to Bishops of England and Wales:


It is important to recognize dissent for what it is, and not to mistake it for a mature contribution to a balanced and wide-ranging debate.

I am the biggest sinner i know, simply by 'virtue' of the fact that I know where I have been. The Pope also mentioned something about Marian devotion, at the weekend, particularly for Priests. I, human being that I am, with my failings, believe this will become VITAL in the coming years.
Padre Pio said, the Rosary is 'The weapon'.
I am not intellectual enough (at all haha) to articulate the relevance, but it is the truth. I know. (or I have learned nothing on earth).

I could not agree more with Father Dwight. The word "fundamentalist" has acquired a pejorative meaning but if believing in the fundamentals expressed in the Creed makes me one then I am.

I think that you have summed the problem up very nicely Father.
Well done.
JARay

Exactly, Fr Ray - the issue of failing to accept Revelation for what it actually IS, is the root cause of every one of these divisions, common to all denominations. This is the issue that I bang on about ad nauseam (as my wife and friends will gladly testify!).
Quite simply, Christianity springs entirely from Revelation: If one questions Revelation, then one puts oneself - as the final arbiter - above God, and that’s Humanism, not Christianity.
I would go further and suggest that Revelation (through the Sacraments, prayer, personal Revelation etc) is the only perfect thing that we experience, because it comes straight from God, undiluted and undistorted. Our world is imperfect; matter is imperfect; we are imperfect - hence natural disasters and disease. So if Revelation is the ONLY perfect thing we encounter, then why on earth should we want to distort or reject it - that would be pure madness. But that, of course, is what we do - because we are imperfect. The Office of the Papacy, however, is a different matter, and (thank The Lord) is a direct product of Revelation, as we saw at the Ad Limina visit.

The Church is not a democracy, it is a theocracy.

I would be careful about quoting Fr Dwight where orthodoxy is concerned:- see
http://www.christianorder.com/features/features_2004/features_may04_bonus.html and also http://www.lmschairman.org/2010/02/fr-dwight-longenecker-on-rad-trad.html

Fr Ray,you are right. Modernism continues in the Church under various names and guises, although some would have us believe it to be a spent force. Indeed we might now expect a "surge" from the diehard post-Vatican 11 lot, as they age.

Why do we still call it ''Modernism''? Isn't that a rather obsolete term?

No Patrcius not at all, we call it modernism because at its root it is still that which was first labelled modernism over a century ago.