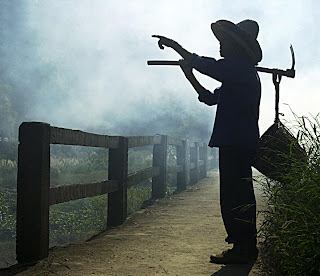 (Zenit.org).- A 71-year old Catholic farmer, who has spent 23 taking care of the elderly, sick, abandoned and handicapped, has been named one of the "Top 10 People of 2009" in China.
The list is compiled based on votes cast by major Chinese national media and by the general population through online voting, reports the Fides news agency. The award ceremony will take place on Chinese New Year, which falls this year on Feb. 14.
The story of Wang Ping An, who has accompanied 63 dying people during their last days, has caught the attention of the nation. He also took out a loan in 2000 to build a 50-room shelter for the homeless.
The poor farmer is known for often ssying: "Jesus taught us 'Whenever you did to this to the least of these my brethren, you did unto me.'"
Wang Ping (which means peace) said that the highlight of his life was when he visited Rome in 2007 and attended a general audience with Benedict XVI.
Fides news agency called the award an "eloquent testimony of how Chinese Catholics today are valued and recognized by society and by the Chinese media in general."
at February 09, 2010

Let us rejoice in the Christ-like charity of Wang Ping, and pray for him and ALL Chinese Christians : but at the same time let us not be taken in by the nauseating spin of the Chinese News Agencies, who will promote the Church and the Faith just so long as it suits them.

Remember : if it suited them better, they'd shoot Wang Ping without a second thought.

Sorry to say it, but it is better to view such oppressive regimes without the rose-tinted spectacles which they offer so freely.

But inspiring story and beautiful photograph.

Do you have all the facts, Dominic Mary? Perhaps, just perhaps, you too are a victim of spin.

I am amazed that the chinese would achnowledge someone who helped the poor and dedicated his life to those in need.
God Bless him, as no doubt He will.