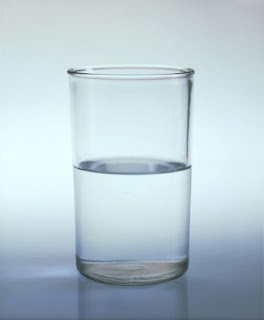 I had a conversation with a bright young Irishman today. He is an occassional reader of this blog. Reflecting somthing I wrote a few days ago he said that he thought the Irish bishops and clergy had lost the respect of Irish people because of a lack tramsparency.
Our business as clergy is about confidentiality and secrecy, it is integral to confessional and death bed.  It is not that Father knows best, so often it is really that Father knows more but cannot say.
But, to paraphrase my young friend, "Lace curtains and frosted glass may have been fine a decade ago but today transparency and trust  run hand in hand. The office is open plan, the old smoke filled rooms have dissappeared. Information is freely available. Respect is earnt not an automactically given. Private deals with state officials  are recognised as only adding fuel to a sense of suspicion. Today people want to to see the workings not just the final product. Honesty and openess are seen as been utmost. Being accountable, especially to those who pay the bills is crucial."
He said that that is recognised everywhere, except in the Catholic Church.

I don't know if "transparency" is the right term.

"Honesty" may be better.

Honest pastors are transparent when it's appropriate and when transparency is not appropriate, they stand there before the congregation and say so.

I don't envy the position of parish priest at all. Anyway you go, you are going to get grief.

I wonder what traditional seminary training taught on pastoral leadership and administration?

As an FSSP parishoner, I can that our pastors acts a lot differently than a mainstream "Novus Ordo" pastor when it comes to parish governance.

A trad pastor has one parish council, which he leads. It's made up of all men (and only men) whom he appoints.

I just don't find the phony transparency and democratic style of governance of the Novus Ordo parishes very appealing. It puts the emphasis on joint governance rather than joint holiness and salvation.

I and the rest of the unwashed masses in the pews need to be concerned with our salvation and should want a priest who talks 99% about our salvation.

I'd hate to see the scandals which rock our Church used to undermind the governing authority of priests and bishops even further when in actuality we should be moving in the other direction.

The Irish Church functions through LAYERS of wasteful and unnecessary bureaucracy so it's no surprise that there's so little transparency.
Unforunately priests are trained and encouraged to communicate to their parishioners through cliquey 'representative' groups rather than directly. a million ‘committees’ and ‘councils’ will never substitute for a priest personally knowing his parishioners. The former is justified on the typical ‘involvement of the laity’ pretext but I believe the latter is much healthier.
In the old days, in a mostly rural Ireland, it was common for priests to be well-acquainted with all, or most, of their parishioners. The old communal tribal ties which knitted Irish society together have since become untangled, and with them, the very nature of how priests relate to their parishioners.

In the 1960s Archbishop McQuaid suffered much hurt when newspaper columnists suddenly took it upon themselves to criticize him in often very venomous language. He was protrayed relentlessly as a paragon of reaction. This was a new experience for him, and he didn’t know quite how to react. The confusion that set in during this time, on the relationship between the church and the media, has never been conclusively settled.

Mc Quaid’s replacement, Dermot Ryan, epitomized the class of ‘new priests’ appointed to bishoprics in the 70s. Perceived as revolutionary at the time, they are now the Church Establishment. The chairman of the Dublin Council of Priests (whose name escapes me) was on an Irish TV discussion panel a few months ago. He expressed amusement at the audience’s media-imbibed tendency to protray bishops like Donal Murray as bigoted ultra-conservatives remarking that when he in the seminary these prelates were seen as the ‘new priests’, whose cool outgoing liberal nature contrasted with the relics of obscurantism they were supplanting. This was supposed to be a new dawn for the church, but the church disintegrated in the interim because clergy kept changing what the church meant.

And in the wake of it all, we are now left in a kind of frenzied but futile wilderness. The bishops continue to say nothing because they have nothing to say. One wonders when it will all end.

It is doubtful whether the Vatican, much less the Irish episcopacy, understands just how serious a crisis the Irish Church is in. To quote Diarmuid Martin at Christmas lamenting the vocations figures:

“We have 46 priests over 80 and only two less than 35 years of age. In a very short time we will just have the bare number of priests required to have one active priest for each of our 199 parishes”

Fr Brendan Hoban, parish priest at St Muredach’s Cathedral, Ballina, writing in the Furrow said of his own Killala diocese that “in 20 years’ time there will be around eight priests instead of the present 34, with probably two or three under 60 years of age”.

He said “the difficult truth is that priests will have effectively dissappeared in Ireland in two to three decades”.

The Irish Times reported that an unidentified young bishop suggested to his fellows at a special meeting that every single bishop in Ireland resign as a result of the Murphy Report. It was rejected indignantly. While there is no apparent justice in such a suggestion, it would have shown a refreshing commitment to renewal and soothed public anger. But instead they opted to dither incomprehensively.

And what about catechesis in schools?...90% of which are still under episcopal patronage! A whole generation is theologically illiterate thanks to the bishops' sanctioned Children of God/Alive-O constructivist blather, masquerading as religious 'education'. The decline in the Irish church is largely self-induced.

Andy, I DO hope the men do ALL the work in the Sanctuary too, like CLEANING UP THE PLACE after the men have trod all over it.

And I do hope the MEN do ALL the CCD work since your pastor thinks ONLY men are worth of any position. I would assume at least this last bit since according to St. Paul that HE didn't "allow a woman to teach." Although on that later bit, according to the Acts of the Apostles not only did Aquila correct Apollos, but so did his wife, Priscilla ... and A&P LIVED with St. Paul for a time, so evidently Priscilla and Aquila ignored Paul on the "teaching" business.

What an idiot pastor you have automatically knocking out 50% of his parishioners from helping him as regards finance etc. So you're telling me your pastor would stupidly refuse the services of a qualified woman to be on his parish council just because she was a women. Never mind she may have knowledge which could help him solve a problem.

As far as I know, the Altar and Rosary Society (fairly certain all women) take care of the tiddying up and repairing vestments and such.

As far as teaching goes.. I think traditionally Catholic women have always been allowed to teach children.. and this is mostly how the religious education runs, with the priests' involvement of course, at the parish.