"The Good of the Universal Church" 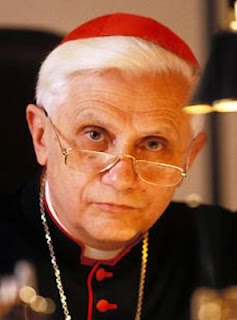 Another letter dredged up to damage the Pope from 1985 is being presented as him trying to cover-up a paedophile priest.
After having his ministery restricted; forbidden to wear clerical dress, to say Mass publically, to preach, to hear Confessions, to present himself as a priest, by his bishop, Fr Stephen Kiesle asked to be released from his obligation of celibacy, his obligation to say the Divine Office and his obligation of obedience to the his Bishop and his subjection to those parts od Canon Law relating to clerics, the then Cardinal Ratzinger wrote urging caution for, “the good of the universal Church”.
Priests can be "laicised" or "defrocked" for two reasons:
Once a priest is reduced to the lay state a bishop has no more authority over him than he does over any other lay person. He cannot restrict his movement, to another part of the country where he would be unknown, or restrict his involvement with secular organisations, such as youth groups or schools, neither can a bishop order to him to undergo therapy, or to co-operate with an ecclesiastical trial. In the Kiesle case granting his petition for laicisation would have placed him not only outside of the bishop's jurisdiction but also given him the opportunity of moving out of the jurisdiction of the civil authorities who were aware of his crimes, which were in the Oakland area in the public domain.

Thus the phrase for "the good of the universal Church" far from being a dereliction of duty and cover-up on the part of the future Pope, as so many secular commentators have suggested, is the complete opposite. As others have pointed out this letter appears to be a "form" letter but I would suggest it shows the wisdom of the Church's caution in washing its hand of sinful priests. The "good of the Universal Church", is not always the safest or easiest option for the Church.

The facts of this particular case is that Father Kiesle was laicised two years later.

Now we have the prospect of Christopher Hitchens and Richard Dawkins instructing solicitor Mark Stephens to engage George Robertson QC to have the Pope arrested for crimes against humanity, arguing that he doesn't have sovereign immunity because he isn't the head of a state recognised by the United Nations.

If repeated, such litigation by two men whose hatred for the Catholic religion is as fathomless as it is notorious, would rightly be recorded as vexatious

The only fact material to a claim of personal immunity is that Her Majesty and the Pope deal with each other as sovereign equals. The United Nations has nothing to do with it.

George Robertson QC ought, frankly, to be disbarred. As an expert on crimes against humanity, he ought to know the detail of the Elements of Crimes and the footnotes.

To even have a case, he would have to establish that there was, at the highest levels of the Church, an official policy to pursue or further the crime of rape or sexual violence on a widespread or systematic scale, and that any omission of action was made with the conscious aim of encouraging such attack.

In other words, all the priests who abused children were not acting on their own initiative and for their own purposes, but at least some of them acted on instructions or encouragement from their superiors, while those who didn't either knew or intended their acts to be part of a widespread or systamatic attack.

Another good source of background on this case and the circumstances of the time is Fr. Joseph Fessio's article on Ignatius Insight as Paolo Rodari noted on his Palazzo Apostolico blog.

Thank you for this post Father - it makes it so clear that those in authority in our Church usually know more about matters and are capable of making better choices than the average professional agitator, left-wing "comedian" or circulation-obsessed journalist. May God bless our Holy Father.

That can't be right. Card. Ratzinger was appointed Prefect of the CDF in 1981 and left Munich in early 1982.

Not sure where that came from Gregor, of course you are right, I've removed it.

Thank you for gathering the evidence/references, Father. It's reassuring to know that these attacks are baseless.