Jack Valero in The Times 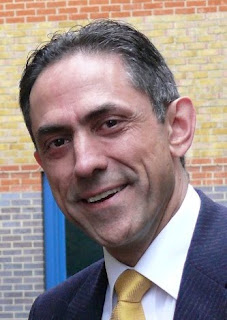 Jack Valero has an interesting piece in todays Times, Abuse isn't just a Catholic Problem, the follow is an extract, so read the whole thing.

But I have another feeling, which is almost as strong; namely, that sexual abuse of minors is not a “Catholic” problem, and that the blowtorch directed at the Church on this issue reveals something unhealthy about society around us. What had begun to be talked of in the 60’s has become a problem so endemic that it seems at times too big to be tackled; and rather than tackling it, we have created a surrogate – the Catholic Church – to take the flack which belongs more widely.


The statistics are scattered about, but not hard to find. Professor Charol Shakeshaft of Virginia University studied 290,000 cases of alleged abuse in the ten years between 1991 and 2000. Out of a sample of 225 teachers who admitted to sexually abusing a pupil, not a single case was reported to the authorities.
Yet the John Jay College of Criminal Justice study of 2004 – independent auditors commissioned by the US bishops -- found 10,667 people who made allegations about sexual abuse by priests and religious in the 52 years between 1950 and 2002 (roughly 200 a year compared to the 29,000 a year in public schools). The allegations were made against 4,392 priests, of whom 56 per cent were accused of only a single incident, some of which were never proved.
As a result of the Dallas norms introduced by the US Catholic Church in 2002, last year the entire Catholic Church in the US – which has 65m members – received six contemporary allegations of clerical abuse. In the UK, where the Nolan Report of 2001 led to strict guidelines, the Catholic Church is unique among institutions for making public each year the number of allegations of sexual abuse by priests. For 2007 the number of such contemporary allegations was precisely four for the whole of the UK – in a Church of about 5m.

Regarding Fr. Kung, will no one rid us of this turbulent priest?

Regarding Valero's article, it was excellent

Good article but unfortunately only appears to be available online.

Ever looking at the TImes "have your say" comments at the end of the articles shocks me. I didn't know such hate was ever possible.

Then there is the recent report in The Sunday Telegraph about the Foreign Office memorandum about the Pope`s visit to the United Kingdom.

It looks as if there are some officials who do not really want it to be a success.

I think I have already said what my experience with victims and survivors showed. Few reported to the police; many didn't tell their parents. The most likely abuser was mum's boyfriend or a stepfather or uncle. Next came teachers I'm afraid (this was in the 80's and 90's)
By the time I stopped work I was seeing more adults trying to survive stepfather rape and less coping with sexual abuse in other places-though it still went on of course.
Most don't report to the police. You should have seen what happened to those who did!!
Few that reported got as far as prosecution.
Those who got as far as prosecution often dropped the case because of the shockingly abusive nature of the trial and those who got through that had at best a 24% chance of a conviction. Then the rapist would get a couple of years.

The whittering goes on,the pornmongers are having the time of their lives.

The latest load of cobblers purportedly coming from a Foreign Office brainstorming session can only be a late April Fool joke.

I just hope that the moron who distibuted it to the Garbage Press is dealt with properly and is made unemployable for life.

"Yeahbut - it's DIFFERENT when it's a Catholic priest!" Interesting how even the secularists can understand that there is an ontological difference between an Catholic priest and another minister of religion, teacher, social worker, scout master, etc., etc., etc.

Don't hold your breath waiting for these stats to be published in what passes for a press in this country.

Sorry to post this twice - THIS is where I wanted it to appear. Now read on...

This article (see link) in the The Telegraph (13 March)is interesting for what it DOESN'T say. It is concerned with corruption, sexual crime and of course child abuse. Much of this happens with the full knowledge of the state - not ours. Not once in all this sorry tale is the word 'C/catholic' mentioned, or even the word 'Roman'. Makes change, eh? It will not take the heat off us, but may give you some ammunition if you become involved in 'discussions'.