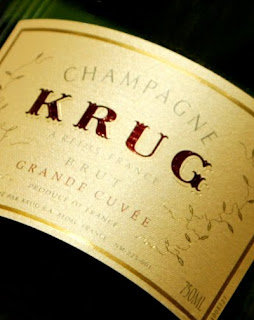 Sorry, I've not had time to post much. I blame old Hannibal Bugnini. It is trying to keep the 50 days of feasting he ordered to mark Easter, I can tell you, I'm flagging! It is so much easier in the Usus Antiquior, a week of champagne and truffles and then everything was "post" Easter until Ascension and then the glorious Octave of Pentecost. It was more human, more manageable. We can lenthy periods of penance but not feasting.
Even so, I had the pleasure of having dinner  tonight with a priest -and some of our younger adults who happened to be in the Presbytery tonight- who is struggling to bring back into the mainstream Church an uber-liberal community, who seem to canonise their own saints and devise their own liturgies. I was amused to hear one member of this community wrote to one of the clergy team who look after their parish when he corrected a liturgical abuse and called him "Pope Benedict's lackey"! It would be a good name for a blog, wouldn't it? I really do admire priests who put up with that type of nonsense week after week after week.

On my day off, on Monday, I was out again eating with another priest of our diocese who has just discovered the Old Rite, the Mass and the Office, it was just so good hearing how both enrich his priesthood.
It is good being a priest you know.
at April 21, 2010

But Krug Grand Cuvee can be so variable, and for the price, sadly lacking. Much better to go for the reliable Bolly or, if one likes it very biscuity dry, Pol Roger.

Fantastic!
I would be proud to be "Pope Benedict's Lackey"

Does that mean i should not be abstaining from meat on Fridays?

I'm glad you said that about being a priest Fr Ray because lately I've been trying to put my bos (nearly 13 & 11) off...

I'd be happy to be called Pope Benedict's lackey - servus servi servorum Dei?

Pope Benedict's Lackey... I'd almost change the name of my blog ;)

The Lord promised a one hundredfold return in THIS life, and then Life Everlasting. I am sincerely glad your priesthood brings you happiness, Father. May it spread to all whom you serve and with whom you interact. Join the lackeys! In His service is perfect freedom.

Go lackeys, go! Say NO to lackadaisical laiturgy.
Not being a champagne lover, mine's a G&T or a handsome claret and a glass or more raised to the health of Benedict and his priestly Praetorian Guard.

Good to hear that there is another Priest in the diocese who is discovering the Old Rite. If I was not on antibiotics I would open a bottle at that news!

Kung is so passed his sell-by date that I think he could get a job at the Brighton Argus! Just the place to spew his garbage.

Dear Father, spare a thought also for those who do the church flowers, (I've just finished a 3hr stint), having to keep up a big display all throught the Easter "Season".