It is because he is an Englishman 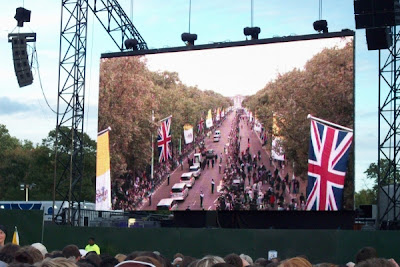 I am glad I am not French. The French fit into two groups, you can either be waiting your turn for Madame Guillotine or be knitting whilst heads are rolling. For the French opinion is nothing but gradation towards one extreme or the other. Prejudice? Yes of course, I’m English.


We English on the other hand are have a variety of opinion, each Englishman has his own and as far as he is concerned it is good as, if not better than anyone else’s. Hence the difficulty of Brown and Blair in defining what British is. Being Welsh or Scots is relatively easy: it is about not being English. The problem for them was the definition of being English. The fact that the question was put, at all, illustrated how naive and un-English those two Scots were.

The fact that we invariable have to import Scots to govern us, and a rather uninteresting German family to provide our monarchs illustrates something fundamental about being English, which is that we have so many opinions that we have difficulty organising the proverbial brewery party. We tend to outsource leadership. The genius of the English is ability to, forgive the Frenchiness is to critique government.

As with the state, so with the Church.

It has been suggested that the English are not by nature Catholic. I suspect that might be true, The nature of Anglicanism is that it is more a system of Church government than a Church, it always has since its birthday, Good Friday 1535 sought incorporate those of the most diverse opinions, Zwinglists or Calvinists rubbing along in more or less stony silence with near Papists. It worked, in its strange English way for a four hundred years.

It has been suggested that the English are not by nature Catholic. I suspect that might be true. Pre-Counter Reformation Catholicism was about passing on tradition, we English can do that easily, post -Counter Reformation Catholicism was about agreement and proclamation, that we have real difficulty with. Consensus is not our nature. Out of politeness, and necessity, we will simply not notice the Emperor is naked but as soon as he puts on any type of clothing we will take careful note of the cut of the lapel the stitching of the button hole and form factions to discuss it. As soon as the boy cries out, “’E’s naked” then Polly Toynbee will write about cellulite and the monarchy.

England is the land of Logical Positivism and The Tablet, it is not the place of great movements just of critique of movements. It is the nature of the English, to pass judgements and to knock down, not to grind into the ground, that is for another of our British races. We tend to reduce everything to “the middle way”, “the middle class”, or as one wag said after the royal wedding “the Middleton”, or the beige, or the ordinary.

Extravagance of any kind is not an English virtue.

Someone suggested Newman was an excellent model for English Catholicism, I think there was a bit of foreign blood there. Newman’s followers are a better example, that cold shouldering between the Birmingham and London Oratories. Newman is a splendid example of that English phenomenon: the Eccentric, the class where we put saints and martyrs and heroes in order to distance them from interference in the rest of lives.

Why do I write this? Partly because I was interested in the response on various blogs, including my own, to Michael Voris’ London tour, partly to explain why we seem to be a little niggardly about our endorsement of Pope Benedict’s key projects, partly to explain our both embracing and rejecting of Liberalism and our love of Notionalism, and also our inability to take ourselves too seriously.

"The CofE since its birthday, Good Friday 1535 sought incorporate those of the most diverse opinions, Zwinglists or Calvinists rubbing along in more or less stony silence with near Papists."

I am not sure that Henry VIII would have agreed with you and Calvin was certainly hostile to Henry. Calvin wrote:

" In short, the reformation under Jehu was like that under Henry King of England; who, when he saw that he could not otherwise shake off the yoke of the Roman Antichrist than by some disguise, pretended great zeal for a time: he afterwards raged cruelly against all the godly, and duplicated the tyranny of the Roman Pontiff: and such was Jehu."

In the Commentaries on Hosea:

Father, it is certainly true that the English people as a whole are not by nature Catholic, but then what nation or people is? Anyone who goes to the "Catholic" nations of southern and eastern Europe and Ireland will soon find that their Catholicism is in practice little more than skin deep and always has been (read the accounts of St. Philip Neri in Rome for an illustration). As for observing the precepts of the church in going to mass, the sacraments and following moral teaching, well the less said the better! And while Malta in which I have family may seem to be a holy Catholic island, the stories of my Maltese relatives demonstrate this to be a complete myth. Cattolici, non fanatici, is the attitude in much of the Mediterranean.

Our faith and its practice goes against the grain of our fallen humanity, and no matter which culture, age or nation we come from, Catholicism is very difficult in reality and impossible without the help of grace. In every age and nation, Catholicism is and always has been fundametally counter - cultural, and the notion of the intrinsically Catholic nation such as Spain, Ireland or France versus the Protestant English, Dutch or Germans has been effectively a myth created for political ends.

It should also be asked if there is such a thing as an English character or stereotype at all? One of the features of this nation is its enormous diversity in such a small space, while pretty much the entire human condition is represented. Questions of what sort of Catholicism is best for England are really a moot point.

Yes, so eager to discuss Calvin and the Defensor fidei, read your piece cursorily and without noticing the "since". Sorry!

Cath,
I think it would fair to suggest from this post that I don't much like the English but how do you arrive at your own conclusion?

Do you think there is a little neurosis here?

"Newman is a splendid example of that English phenomenon: the Eccentric, the class where we put saints and martyrs and heroes in order to distance them from interference in the rest of lives."..............

I've always admired that "English Phenomenon" the eccentric...especially religious eccentrics. both in their Roman Catholic and Anglican species. Brian Brindley comes to mind as well Father Bryan Houghton. We don't have many examples such as these here in America.

You do not import your leaders from scotland, you have no choice about who leads you. You did not pick your german monarch you had no choice in the matter. Nearly nobody buys the tablet. It simply piggy backs like a blood sucking tick on the back of Catholic churches up and down the country. How you can represent England as the land of the tablet when you know this FACT is beyond me. This country was a tremendous Catholic Country with a tremendous Catholic people before the deformation. Four hundred years of mental poisoning historical misrepresentation fueled by false pride and ignorance has distorted the mind of whole generations. I think you mistake Englishness for that disgusting disorientation you inherited from the deformation.

For 600 years (pre-1066) the English were quite happy to be ruled by English kings (the foreigners weren't exactly invited over here!). For nearly a thousand years before the Reformation, the English were amongst the most Catholic of peoples (we didn't invite protestantism here either!). One might as well argue that the French are not a very Catholic nation because of 200 years of 'enlightenment' and secularisation (a secular state, no less!). On the other hand, you could attend the Chartres pilgrimage and have your pet theories blown to smithereens! I agree with Oliver Hayes' point. Which of us is truly Catholic by nature?

GM,
Not sure I follow your logic nor you my whimsey.
My point is that we are a nation of people with diverse opinions.

Fr Ray, often I am encouraged by your reflections but this post seems to me to be backwards and woefully misconceived.

It is Jesus Christ, and His Church, that gave birth to England, that made England what she was, that made her great. And in the R/Deformation "England" assualted and robbed her own Mother and left her for dead.

But her Mother, the Church, lives on, and Englishness lives on wonderfully in her. All that essential to England can be found in Catholic England. That part of the people who have gone astray from the Deformation are orphans. Whatever great qualities they have they owe to Christ and to their Mother. It cannot be that any people has constructed anything good that is not entirely at home in the Church (and exists best in the Church).

How on Earth can a diversity of opinions, if that is an especially English characteristic, be opposed to Catholicism? To Jesus our Lord?

Ma said it good: "I think you mistake Englishness for that disgusting disorientation you inherited from the deformation."


SORRY dear Father that I have ranted so long-windedly. But it is alarming when good and wise priests confuse quintessential Englishness with something outside of Catholicism.

England long pre-dates the Deformation and lives on wonderfully despite it! We do not need to buy the lie that there is anything good which would not be as good or better if it were in the Church.

Thus what was/is best in England was/is Catholic. Whatever is in England that is both good and non-Catholic would be better if it were in the Church (above all the people, including Queen Elizabeth).

Whatever the sins of the English, they do not belong to her essence. Faults, evils, are never of the essence. England has her many faults, but these are not of her essence.


(Again, please excuse me for ranting n´ rambling. I promise to go away and try and order my disorderly thoughts.)