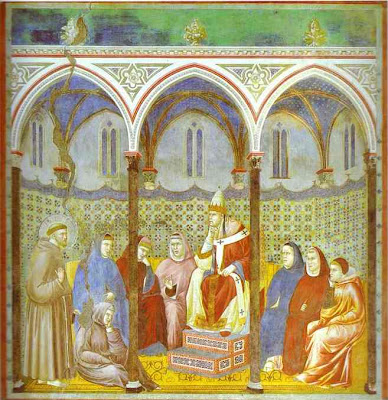 "The Church has to listen to people", is an infuriating catch phrase, and is just plain silly. It is wooley. No-one who uses this phrase ever bothers to define what is meant by "the Church" in this context, nor who are the people to be listened to.

Pastors and members of the Church have to listen to people, indeed, as many people as possible but "listening" is never and end end in itself. We should never be satisfied with listening simply so we can respond with that oft heard phrase of contemporary counsellors, "I hear your pain".  Being listened to without a response only adds to frustration. Undergoing non-directive counselling might give a certain immediate satisfaction as one hears oneself pouring out one's grief but ultimately it really leads to deeper hurt, when one realises nothing has changed and the listener can do nothing, and actually hasn't heard a word.

The Church is a "teaching" Church, that is what it has to offer the world. "Go out to the whole world and teach all nations". It teaches the world because it listens intensely to God. It has something to say to individuals because its Pastors have first heard what God has to say.

Another phrase that used to be used without much thought was "meeting people where they are at", again it is important being with people but Christ having both met then and listened, then teaches and demands they leave where they are "at" to follow him.

The Church is a "hospital for the sick" and a "school for sinners", it is not a hospice for the dying or an institution for the ignorant. It is a place where the sick are brought to health and a school where the ignorant are taught wisdom. It is concerned with metamorphosis, transfiguration, change.

I haven't spoken about the Soho "Gay" Masses per se but it strikes me The Oratory or Westminster Cathedral seem to attract a fair number of relatively "camp" men, few with children can afford central London, the difference between the Warwick Street Masses and the Oratory or the Cathedral is that at Warwick Street the church has given up teaching and merely listens.

Listening to the hunger rumbles of the starving is not charitable, especially when one has food. I can understand maybe one doesn't give someone who is dying of starvation heady wine and rich food, maybe one begins with watery gruel and thinly cut bread, I presume in charity, I pray, that is what Archbishop Nichols and his predecessor intended when the present Archbishop of Birmingham, Bernard Longley, negotiated the return of the Warwick Street "community" from the Anglican church were Catholic priests offering Mass for them to their present home.

It raises the question, not so much about "Gay" Masses but about dissent in general: how far should it be tolerated? How much listening should take place before the bishops and priest say, "now we will teach".
at August 25, 2011

Surely, Father, isn't this the mantra - "the church has to listen..." - the constant cry of new-age-ists, feminists, and most of the other '-ists', who want a church consisting of little more than a 'sense of community' with a choice of tea or coffee and DIY morals?

Nicked a little of your text for my "Quote of the Day".

Fine Stuart, I love being quoted, it does my ego no end of good.

would you say then that those "Camp" types attending the Oratory would be those who are seeking to live chastely regarding the Church's teaching on same sex attraction? I'm sure it's difficult to ascertain but I was just curious.

Not sure what a Gay Mass is.

All this nagging on about peoples sexuality frightens the horses and it may be the reason that so many are lapsing. Atheists don't seem to get so much stick.

Martial,
I do not know about "the camp", it would be good to think so.

The difference between the two groups, they and Warwick Street, is Warwick Street seems to be about what Nickbris says, "peoples sexuality".

Isn't listening to people that got us in to this mess in the first place?

1. The problem with Vatican II was not in the document but in it's misinterpretation (however, I personally believe that some wording was ambiguous, as I will prove). The 50's & 60's ushered in 'the sexual revolution' and materialism on a larger scale than ever before. An increase in disposable income meant that people were free to be and do as they pleased. Guess what! These people started turning up at church saying. "Hey, why can't we have this and why can't we have that?" The 'WE' of the Church became 'ME'. In other words, people started saying "I can have what I want in my life so why can't I have it in the Church". Unfortunately, Vatican II accommodated this. I will give you a classic example from page 96 of Vatican II (paragraph 63 - study edition) it clearly says

'In permitting and using of musical instruments, the culture and traditions of individual people's must be taken in to account. However, those instruments which by common opinion and use, are suitable for secular music only, are to be altogether prohibited from every liturgical celebration and from popular devotions'.

What happened next? We get the longest running battle in the church since Vatican II - Guitars v's Organ. The juxtaposed words of culture (allowed) and secular (not allowed) caused all this trouble because the present culture was controlled by the new found materialism and pop music culture. So what did people want in their church? Answer - guitars, feminism, new ageism. 'Me, Me, Me'.

2. In light of the above I want to state that the Church should stop 'listening to people' and do what it is supposed to do, and that is proclaim the gospel to the letter and 'ardently' save souls. I am sorry to bring up Michael Voris again after the weeks events but, I am sure that there is a link here. Surely Michael Voris is basically just saying stop listening to people and get on with the job in hand.

I know I use the same answer to a lot of posed questions/problems regarding obedience and spiritual living but truth experienced is what it is and has been, it doesn't re-invent itself every second Tuesday, at least not in my life and I found and find that my own behaviour's changed almost without me noticing, once I started praying the rosary, especially regarding my views on sexual matters. Also, unlike the guilt or remorse that one can feel(sometimes necessarily), my views were like positive affirmations of me, in God and Our Lady's eyes. I went back to my teenage years and met with Jesus and Mary whilst meditating on the mysteries. I understand why they call it 'living the gospel' because that is where I reckon I have been. Truly!

However, this is in regards to my own behaviours, not others (apart from my youngest son, who I booby trap with rosaries, on his computer, bed, back of TV screens etc).

I have some training in person centred counselling, I also received this from Life, during my last pregnancy. The woman who listened to me, enabled me to make a choice based on my true beliefs, rather than the pressures of Doctor's and others who sought to end my pregnancy. She was a mirror to my own courage to face these external forces.I prefer cognitive behavioural methods personally. However, until I met the God who loves me, just as I am, but too much, to leave me that way, I had never been alive, not really.

Mary, your Mother. Ask Jesus to allow you to experience a minute or two of her joy. Go on then! Ask! Now, not next week.

Listen and watch what the Holy Father is doing:

"I'm no expert to be sure, but it seems to me that the Holy Father is just fine with the Ordinary Form of Mass. It is my understanding that he celebrates the so called Novus Ordo every day. We know he celebrates all of his public Masses using the Ordinary Form with great reverence and solemnity. Obviously the Holy Father loves the Mass, which explains in part why he issued the Summorum Pontificum. Nevertheless, I think it noteworthy that the Holy Father always celebrates Mass according to the Ordinary Form - the Novus Ordo of Paul VI.
.
I don't think it is ever a good idea for anyone to try and think for the Pope, or to put words into his mouth, or to interpret what he is really saying and doing to suit one's agenda."
Acknowledgements to Abbey Rd.

Those of us who were Confirmed long before Vatican II had a far superior education than most churchgoers these days,we were a tad upset about certain changes like receiving Communion in the hand and shaking hands with sweaty palmed strangers but we got used to it.

Now it seems that all the converts and new born Christians want to go back to something along the lines of the Council of Trent. Vatican II is being treated like something perpetrated by Good King Hal.

"The Church has to listen to people...."
Sounds to me like that Bmovie:"Mars attcks"

They are irritating phrases, but perhaps one can see some point to them. If the leaders of the Church only teach (which seems to mean here not so much teach as tell people what's what) without listening and seeking to meet people where they are, they should not be surprised if they are ignored. Genuine teaching is always a two-way process.

Didn't the Pope say something about listening more carefully to one another, on his visit to the UK last year? I am sure he did. It was to do with journalists interrupting and giving quick soundbite responses to questions that needed to be fully engaged with, not reacted to with the first word/thought association brain wave that springs to our minds and therefore from our mouths, as if a race is being run verbally during all speech. I wish I had listened more myself now, it was very good advice. ;)

The kind of listening that Shadowlands found so helpful and so life-giving in a literal sense is a way of enabling a person to hear God. The kind of non-directive listening that I heard about so much in the early years of my priesthood and that influenced me to some degree can becom a cop-out.

A variation that I have heard from some of my fellow missionaries is 'I am here to learn'. It is vital for a missionary to learn from the people he serves, from learning their language(s), how to greet people, to learn from their faith, etc, etc, but he is also there to teach. That means not only teaching what is right and wrong, but teaching the fundamentals of the faith and teaching about Jesus as someone we know personally. This latter is something Pope Benedict does time and time again.

What Archbishop Nichols is allowing the people at "gay masses" to be fed is not watery gruel and thinly cut bread, but the purest poison.

In my eyes, nicely accompanying one to hell - and going there oneself - is not charitable in the least.