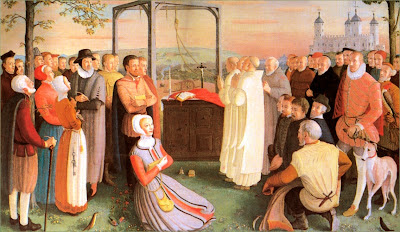 One of the important functions of the priest is “to remember”. In a sense the priest is the “remembrancer” of the community. I am not keen on that 90s stuff about “sharing our story”, but remembering the story seems to be an important priestly function.
To remember the stories of the Gospel, to celebrate and remember the death and resurrection of Christ are obviously central to the nature of priesthood. Important too is remembering events in the life of a community, or of individuals within the community The ancient Chronicles of England kept by the monasteries was part of that, as is the fact that I know X drinks because he is haunted by his son's death, killed under a train the first few weeks after I arrived here. It is important that I remember Y’s sister and how she died in Y’s arms, only the two of us remember that in the whole world.
A friend of mine, sociologist wrote a paper about lapsation in which he suggested a significant reason for lapsation was the removal of a priest from a parish and the consequential loss of memory. One reason for not moving bishops as regularly as some bishops move priests, is the sense of a diocese thereby losing its memory.
There is something in the honouring of mothers and fathers, honouring their memory and memories, and conseqently living long in the land.

For the last few years we have lumped the canonised and beatified Martyrs of England and Wales, it seems a shame, almost as if we are trying to forget them. How dreadful if the Catholic memory was allowed to be cleansed of men like the valiant Edmund Campion, or John Houghton and the poor starved heroic Carthusian Martyrs, or the doughty defiant Margaret Clitheroe. These heroes were so important in the first three quarters of the 20th century now seem to be gently pushed aside. It is so important we remember them, particularly in age when we Catholics are again being pushed to the margins of society by the State.
see Roman Misc.
at May 04, 2007

I entirely agree with you, Father. It seems to me that a parish priest cant possibly be a Father to his people unless he really knows them and knows their stories. This plainly takes time and moving priests around for no good reason destroys this continuity, leads to people lapsing and disrupts the sense of "family" that a parish needs if it is to flourish. Long may you stay with us and long may you be our remembrancer.

I think another reason why we are losing the memory of the English Martyrs has been the role of some ecumenical enthusiasts. In their misguided thinking, they thought the Martyrs were a kind of stumbling block to union with the CofE. Thus they became sidelined - Very sad IMO.