Excommunication From the Plane 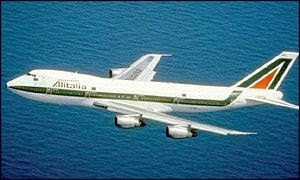 Pope Benedict XVI said Wednesday he supports excommunication for politicians who backed Mexico City's decision to legalize abortion in the first 12 weeks of pregnancy.
Church doctrine calls for automatic excommunication for anyone procuring an abortion.
"It's nothing new, it's normal," Benedict said during an airborne news conference aboard the plane carrying him to Brazil on his first pilgrimage to Latin America.
en route to his first pilgrimage to Latin America.
Vatican spokesman the Rev. Federico Lombardi later told reporters that the politicians who voted for abortion had automatically excommunicated themselves by their actions.
Mexican church officials have said that doctors and nurses who performed abortions as well as lawmakers who supported the legalization would be excommunicated. Church teaching also says any woman who get an abortion faces automatic excommunication, meaning the Vatican doesn't have to issue a formal excommunication order.
Mexico City Mayor Marcelo Ebrard, whose leftist Democratic Revolution Party backed the bill approved by city lawmakers last month, has said he would not be deterred by the church's statements.
Elsewhere in Mexico, abortion is only allowed in cases of rape, danger to the mother's life or severe fetal defects. The only countries in the region that allow abortion are Cuba and Guyana.
at May 09, 2007

The first ground attack operation by the Vatican Air Force.

How does this affect Blair's admission to the Catholic Church, would he have to make a formal renunciation of his anti-life stance if he becomes a Catholic?

Anonymous,
I hope Blair would renounce every anti-life and anti-family action he has ever come up with or voted for if he truly is to become Catholic (which I have to say, I'm sceptical about). Unless he makes a public statement to that effect, I can only think of him as a liability to the faith. It would make official Church teachings look optional and unimportant.
When secular society look at the likes of Ruth Kelly (or Tony Blair), they see them as the "face" of the Church. She is suposed to be a member of Opus Dei, yet publically praises gay rights and marriage. It must make people in general question the validity of the Christian faith and the truth of the Bible if those who are supposed to be religious go directly against the most basic teachings. No wonder many people see Christianity as a "joke" or at the very least don't take us seriously.