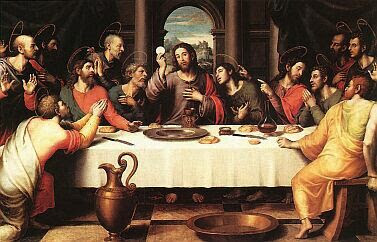 I have always been concerned about Catholics who seem to be able separate morality from the Eucharist.

For me as a priest one of the most shocking things about the clergy abuse scandals was that here were men who were abusing children and then going to the altar to offer the Holy Sacrifice, one presumes without ever going to the sacrament of penance. One of my parishioners was convicted of fraud a few weeks ago, and is now serving a prison sentence, the fraud was ongoing, and the parishioner was a weekly communicant, and from time to time coming to week day Mass, obviously I don’t know if they frequented the sacrament of penance, but if they did I can’t see any sense of a firm purpose of amendment of life and certainly there was no attempt of making restitution to those who suffered because of his crimes.
When I was a prison chaplain there was a Columbian drugs baron in “the Block”, a prison within the prison, who I used to avoid going to see because he was wanted Holy Communion but refused to accept responsibility for the actions of his crime, the easy option was to find some excuse for not bringing him Holy Communion, fortunately he was only there for a cauple of months.
I remember a conversation with a priest, now a Bishop who told me, “… Communion is not a reward for good behaviour.” He was in a sense right but it does connected directly to how we live and if we are not living in communion with Christ and His Church then we should not receive Holy Communion.
Today Cardinal O’Brien reminded Catholics, see below, that they can’t go to Holy Communion if they are in a state of serious sin and that involvement in abortion is a serious sin. But is not just abortion that is a serious sin, there is a whole gamut of serious sin that should prevent us from receiving Holy Communion. Cardinal O’Brien seems to be breaking ranks with UK bishops by suggesting that there might actually be something that prevents us from receiving Holy Communion and that there might actually be a group within the Church are in some sense less faithful than others. He is saying that there is a direct correlation between our actions and our interior relationship with Christ, and therefore with the Church. The message that we have been putting out in the past is that it is possible to have an amoral Catholicism.
The idea of being in State of Grace seems to be a rather dated concept but sin and the sacraments do not mix. I remember having a discussion with the Cardinal ages ago in which he floated the idea that the sacrament of matrimony should not be given to those living together, in some parts of the world the sacrament of baptism is not given to a child whose parents are not married, because the assumption is that they are unable to pass on the Christian faith. Italian Bishops have told members of the Mafia they should not receive Holy Communion, in the past they said this about those who voted Communist. In the United States some bishops not only tell Catholics who support abortion that they should not come to Holy Communion but also tell priests that they should not give Holy Communion to those who should not present themselves for Holy Communion.
How do we get over that Holy Communion is about living as a Christian and that our personal morality affects our relationship with Christ and how do we get over the fact our relationship with Christ is supposed to fruit in our personal morality?
at May 31, 2007

I would be very wary about judging what goes on in another person's heart. Let he who is without sin, etc .........

I thought the reason we should not recieve communion while in a state of unrepentent sin was given by St. Paul. Was it not that it quikens us in the direction in which we orientate ourselves? That the body we eat is not just benignly active? That it is actually harmful to the unrepentent sinner as it takes him further (or quickens him) in his sin? If this understanding is not correct I would be glad to be enlightened on this.

A very well made point, Father. However I fear there are some that could accuse us of adopting an almost Jansenist position on our own sinfulness.

The key to this has to be the Sacrament of Reconciliation and whilst there are priests out there who still say you don't even need to go to confession once a year, this is a serious problem.

I notice when I go to Mass in Spain that sometimes as many as half the congregation do not receive Holy Communion. Should we be encouraged to attend Mass yet only receive Holy Communion occasionally? Can we judge our own state of Grace? How do we explain to the outsider that we believe in a loving and merciful God yet be " wary of Communion"?

Well it's about time our Bishops spoke out and the Cardinal is ONLY saying what God has commanded...THOU SHALT NOT KILL------it could'nt be clearer. Sadly many people don't know their faith and worse some priests are responsible for misleading us.....general absolution is given a couple of times a year in some parishes......where do these priests get their authority from ? Almost everyone receives Holy Communion on Sunday while two or three people go to Confession on a Saturday-----where have all these Saints come from------Catechisis----Catechesis-----NECESSARY

anonymous,
It is not hearts that are judgeable it is actions, actions however do disclose hearts.

Was it not that it quikens us in the direction in which we orientate ourselves?

I'd never heard that before? Is it written anywhere by one of the Doctors of the Church? It certainly doesn't contradict St Paul's warninng to those who receive the Body and Blood of Chtist unworthily.

david -
None of us receives the Body of Christ worthily; even if we have been to Confession an hour or so before Mass, we still have to say the prayer, 'Lord, I am not worthy to receive you, but only say the word and I shall be healed'.

2nd Anonymous,
"but only God can see into another person's soul".
A truism, but what I am saying is that it is the fruit of the soul that we can judge, "a sound tree does not produce deseased" and "by their fruits you shall know them". It is nonsensical, contrary to tradition, and evidence of a lack of trust in the scriptures and ignorance of The Tradition to reduce this to a passive tolerance of any human action, never does Jesus do this!

St Paul states time and time again that the Holy Spirit produces "good fruit".
Openness to grace means we live according to Christ's teaching, at the simplest level it is about keeping the commandments. If someone kills or commits adultery one suspects that the tree, or the soul, is deseased.
Only God can judge the soul but we can interpret the actions of a person, this is what Jesus means when he says, "Judge not and you shall not be judged", because discenment of the the Spirit seems to be an important function of the Apostles, implied when they are told, "those whose sins you retain are retained those whose sins you forgive, they are forgiven".
Some actions are so seriously contrary to the Gospel that it is impossible for someone to remain in full communion with the Church unless they show repentence.

Reading through the New Testament it strikes me how little Our Lord and St Paul correspond to our view of "tolerant". Indeed, I've heard the Incarnation described as an "act of intolerance" of the part of God.

Of course I do not know the circumstances, but if the fraud the parishioner has been imprisoned for is benefit or tax fraud, I would be hesitant about even criticising them. They might have been caught on a technicality.

The tax and benefits system works in a vicious way on poor and sick people. If they stay within the rules, passing their time in the prescribed idleness, they are in penury. If they attempt to better their position by doing a little work, they are likely to be worse off as they lose their benefits. This is the poverty trap. Only people who can take a well paid job can get out of it. A high proportion of people who have been unemployed for a year or more never get a regular job again.

A friend of mine with MS who is on Incapacity Benefit but able to work occasionally was actually advised by an official to ask for cash payment and not inform them. Technically, this is fraud. The practice is widespread amongst people in the underclass this system has helped to create. So if people in such circumstances are convicted of fraud, their main sin is to have got caught.

People who are well off are able to avoid their obligations as they can afford the advice to enable them to exploit, legally, all the loopholes in the tax system.

The tax and benefits system is probably the most significant "Structure of Sin" in modern societies throughout the world, as it taxes that which ought not to be taxed, and leaves untaxed that which ought to be taxed. It punishes thrift and hard work and rewards idleness. In a sermon many years ago, Fr Dickerson at St Peter's Hove, said that not paying tax was not a sin as taxation was penal.

It is astonishing that we Catholics keep so quiet about this huge injustice taking place under our noses. Anyone who gets into trouble by falling the wrong side of it hardly guilty of a serious sin, any more than a starving man does if he steals a loaf of bread.

Henry, the person stole from pensioners but even stealing by not rendering "unto to Caeser", is something a Christian should not do.

A friend of mine had a team of people looking after his infirm mother at home 24 hours a day, in order to avoid having to put her into a home.

The carers were initially being paid cash-in-hand, but the family decided that they wanted it all official. The cost then turned out to be almost double, and, as far as I know, they lost their best carer as she would have lost her housing benefit.

"Render unto Caesar" is a good principle, but it is a luxury that the poorest cannot afford, given that the system works in such a vicious and stupid way. I don't know what the answer is.