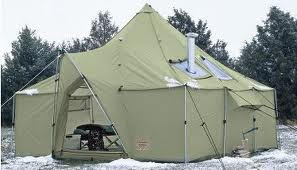 Protests in Germany, protests in Austria, protests in Ireland, protests in ...., the list could go on and on. What are the protests against? The media would explain it as "Vatican teaching" or "Pope Benedict's views". The modern tendency is always to personalise and to subjectivise everything. The media is unable to understand the idea that "the Church teaches" and the Church's teachings are a given and that the Pope is a servant of the Church not its master.

There is a mad Ultramontanism on the part of many commentators that sees the Pope as being able to rule the Church by whim. The unfortunate problem is that Paul VI did seem to rule the Church by whim, the whole Spirit of Vatican II nonsense seems to have revolved around Giovanni Montini being the epitome of - sorry - Ultra-Montinism, new teaching introduced because the Pope wanted it, rather than having roots within a living Tradition. Joseph Ratzinger deals with this, at least tangentially, in Spirit of the Liturgy when he speaks of liturgy being introduced "ex nihil".

The problem is if a Pope can appear to teach on his own authority rather than as a servant of the Tradition, then why not any bishop or theologian, or anyone at all for that matter?

The Church is a big tent, he pitched his tent amongst us, it stands if it is more or less tensioned properly. The problem is that if you loosen a guy rope it begins to sag, loosen enough ropes and it falls down. The same problem happens if you over tension one of the ropes, everything is pulled towards it, again it risks falling.
at September 22, 2011

The secular media labours under the error that Catholicism "is something that should change with the times. For secularists (and modernists) there is no" divinely revealed truth ", which is unchangeable. They (the media) feel the responsibility to help the Church along in this endeavor (to get with the times). there are also many so-called Catholics who feel the same. This is why I think the media reacts so allergically to the SSPX (or traditional Catholics in general) in such a negative manner. Such Catholics who believe and pray as Catholics have always have believed and prayed but are not "with it". Who have not changed with the times and this is for secularists and modernists something totally unforgivable. before the Second Vatican Council it (the Church) was simply viewed by church critics (both inside and especially outside the church) as being "reactionary" and "old fashioned" but the difference was back then at least it was simply understood that Catholics were just that way... (and not much could be done about it) faithful Catholics (generally) believed and behaved very differently (earlier) than non-Catholics (one need only mention the contraceptive mentality or the attitude of divorce which are practically as common among catholics and non believers)...."the World" simply knew that Catholics were " different ". Although today it is true that, according to the teaching of the Church this "difference" is still taught and proclaimed, is it still true one can really see a big difference between Catholics and non Catholics in their way of life?. I learned a phrase in Germany : "dont be so Catholic!" I 've understood the phrase as something negative used to describe the perceived "prudish" behaviour of others. this really annoyed me. unfortunately too often there is no big difference between Catholics and Protestants or unbelievers. Unfortunately, Catholics are not by and large "signs of contradiction" in the world and this is something that needs to be rectified. There are of course insular exceptions to this and those Catholics who seek to be that sign of contradiction are to be wholeheartedly supported and commended. May God multiply there number...

Ruling by whim - or not ruling at all?

I read years ago that Bl John XXIII described him as 'amletico' - couldnt make up his mind.

How right Fr Ray is saying that the 'media is unable to understand the idea that the Church teaches'. This was obvious this evening when on the ITV news the newsreader said 'how out of step the Church is with modern Germany.' It does not occur to them that it is modern Germany (or England etc) which is out of step with the Church.

I have just been watching the Papal Mass in Berlin on Deutsche Welle. The coverage concentrated on the Pope, the number attending -60,000 - and comments. the 'protesters' received less than thirty seconds of airtime. The focus was on the pope's visit, so unlike the BBC, ABC and the rest of the English-speaking world's media.

Sorry, Fr., but if there was rot, it set in much, much earlier than Paul VI. The ensuing chaos was a consequence, not a cause. If the Church was in the healthy fettle we like to imagine it pre-V2, then opening the gates wouldn't have caused the collapse it did, I think.

Fr. Blake, you say, "The unfortunate problem is that Paul VI did seem to rule the Church by whim, the whole Spirit of Vatican II nonsense seems to have revolved around Giovanni Montini being the epitome of - sorry - Ultra-Montinism, new teaching introduced because the Pope wanted it, rather than having roots within a living Tradition."

This comment is grossly unfair to the pope who, more than any other, had to face the problems of reconciling needed reform with the maintenance of authentic tradition - and we know the great personal cost he had to bear in this, how he was broken by the response to 'Humanae vitae' and could never write another encyclical after it. Popes John Paul II and Benedict are the ones who really did and do what they personally want, e.g. 'Summorum pontificum,' and justify it by appeal to tradition. Please do not make Paul VI the whipping-boy for your anti-Vatican II ideology.

Ignatius,
I do not have "anti-Vatican II ideology"
...but I do think that Paul VI, for may reasons, took on a mantle which had been building since Vatican I.

We could call it the "Spirit of Vatican One" if you like, it was an unatural glitch in the Church, fortunately by questioning VII a little more deeply we see all the Councils a little more clearly.