Prayers for a Mum 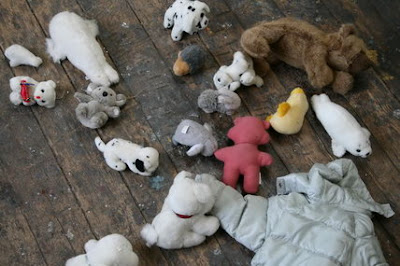 At Easter I received a woman and her family into the Church, along with her young son and his older sister, she has severe special needs. She is seven and needs constant attention, at night especially she is restless, shouts and laughs and bangs on the wall wakes up her little brother, she throws her toys around, needs changing several times. I really don't think her mother has had a whole nights sleep since her birth. She was hoping that she might get some help from social services at night but none has been forthcoming yet.

Really she needs a bigger house as her daughter grows, she is in a private rented two up two down, with tiny rooms but she isn't a priority but there is actually nowhere for a carer to stay.

She loves her daughter to bits but like many parents in her situation she is bit afraid if she makes too many demands her daughter will be taken into care, she is exhausted and stressed, she asks for your prayers.

Her situation mirrors that of many other parents with handicapped children, so many are already under pressure, with proposed "cuts" they are really going to suffer. Pray for them all.
at September 30, 2011

The "cuts" only apply to the defenceless.

They haven't got the GUTS to go after the thieves who caused this mayhem, the megalomaniac Bankers who are still being patted on the back.

That woman who came to power in '79 said the way forward for this country was through financial services and the manufacturing could go to anybody who wants it.

The poor,aged and disabled people with special needs are just a hindrance.

Even if somebody offered to give that Mum respite care they would get dizzy jumping through hoops.

Prayers said. God bless her and help her as she and her family carry this cross.

Prayers from me, and three cheers for nickbris.

This is problem when we worship at the altar of Darwin and Smith.

It seems that Post Thatcher the conservative party is no longer the moral bastion that it once was, I shuddered when I heard Peter Osbourne on Newsnight a few days ago describing Thatcher's policies as 'christian compassion'

Yes the collaries had to be reformed and in many industries the Unions had too much power but Thatcher and Reagan failed to realise that Christ comes before profit.

I'm no marxist but neither do I prostrate myself before the idol of profit, now who was it who said that it was extraordinarlly hard for a rich man to enter the Kingdom of Heaven...........

Mad Catholic: With Capitalist Reagan...we had JOBS. With Marxist Obummer we have a dope with chains...and no jobs. Jobs help people pay for things, including jobs build up a tax base. Tax bases that can help the deserving.

She has my prayers.

I am not arguing for marxism, I am simply pointing out that the liberatarian capitalism of Reagan and Thatcher created a culture where greed is worshiped, where de-regulation amounts to allowing businesses to do whatever they please regardless of the social and religious cost.

I'm sorry if I offend your (apparently) libertarian views but like Mark Shea I find it obsene when footballers are paid millions of pounds (or dollars) to kick a ball around for a couple of hours a week, train for a couple of hours 3 days a week and spend the rest of it fornicating with some harlot.

I'm worried sometimes when Christians (including Orthodox Catholics) get in bed with the republican party. I am not for BIG government, I am for moral and sensible government and bailing out millionaire bankers who made bad investments whilst punnishing the least amongst us doesn't jibe with my conscience.