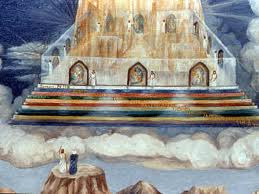 I'm wondering what this yet to be revealed "Preamble" the SSPX are supposed to sign is about. Presumably something about the authority of the Sovereign Pontiff, something about the reality of Rome, that it is the city that exists with all the sanity and nonsense of now, rather than some mythical perfect "eternal Rome" that some SSPXers try to imagine, how can one describe them - idealised Ultramontanes?

There is something of the perfectii about some of the Society, which can set up personal judgement against the Church. Quite how the Holy Father and Cardinal Levada can frame a document which divides sede vacantists, from Catholics, is beyond my understanding, especially if one adds into the mix, amongst the French at least, a certain Gallican independence of thought. Simply put, will Bishop Williamson be able to sign it?

Defining "Catholic" is tough, with almost formal schism in Austria on the one hand and Bishop Fellay's men on the other, the Catholic Church is indeed a broad one.
But if we bend over backwards to keep Liberals in the Church how far forwards do we bend to get the extremes of the SSPX in and how extreme can they be?
at September 15, 2011

If i readd your comments correctly you are openly stating that priests of SSPX (and those who attend their Masses) are Sedevecantists. If so, then you are niave to say the least! Yes, i don't doubt that there are some who are, yet the majority are not. Have you attended one of their Masses? Have you first hand knowledge that they are sedevecantists? I have to say that some of the recent holders of the See of St Peter have done/said some "dodgy" things which have verged on heresy. The recently Beatified Pontiff was a prime example. In any organization there are extremists but Bishop Williamson has the courage to stand up and state the truth (even though sometimes, he should think before he opens his mouth to speak) which is more than I can say for the priests of today who can't even mention the word Catholic - it has to be Christian, or Mass it has to be Eucharist or Confession, it has to be reconciliation. Give me Bishop Williamson any day than the mamby-pandy priests that we have today and who can't be bothered to stand up for their catholic faith as it might just offend others!

No, I don't say they are sedevacantists but I do say "some" are or perhaps better, that it is an issue in parts of the Society.
I do ask: how the Holy Father and Cardinal Levada can frame a document which divides sede vacantists, from Catholics... because that is presumably the issue on either "wing" of the Church: the asserting of private judgement against that of the Roman Pontiff.

Let's hope and pray that Bishop Williamson will not be able to sign it.

I am truly shocked by your comments, Father Blake.
Do you think Rome would offer a deal to the SSPX that may give them canonical status within the Church if she considered them to be sedevacantists?
Would the SSPX be willing to negotiate with the Vatican if they did not consider that Benedict XVI was not rightfully the Pope? What would be the point of that?
The SSPX believe in papal infallibility but not necessarily in papal impeccability. They consider that some mistakes in the Church emanated from the Second Vatican Council, which they feel should be discussed and probably corrected. So do I. Don't you?

Miserecordia, What do you think I am saying?

I have certainly not said Rome considers the SSPX as sedevacantist. Where are suggesting I have?

However, will there be unanimimous rush to sign up on a document presented by Bp Fellay from the Holy Father from many quarters, yes, but from all?

Fr. Ray they do not need to separate the tares. I know a great many behavioural sedevacantists in Bishoprics in many places. What's a few more to the mix. I hope the Holy See bends as far forward as it has bent as far backwards. Surely the work is fruitful for those in the body of Christ alone. The fact that some parasite off the body (from either extreme) is irrelevant. In fact in the absense of direct management of the norm (i.e. enforced discipline) they could prove to be a mutual corrective (In the sense of a matter/anti-matter collision :))

Do people even read blog posts before commenting?

Fr Blake is quite clearly not saying that the SSPX are sedevecantists. He is talking about identifying those who are and those who aren't.

Anyone who has had any dealings with the SSPX will know that some people connected with it are straying towards sedevecanticism, but that many are not.

Let us pray that as many as possible can be brought back into the fold. As the SSPX themselves are fond of saying, "Extra Ecclesiam nulla salus".

I would like to invite you to know Bishop Williamson.

I have established a blog just for that purpose.

At the end of the blog, you will come to the picture of our brother Cristero, Blessed Jose Sanchez del Rio.

‘What we have learned from Bishop Williamson’ follows thereafter.

Our Priests are still being murdered in Mexico for the Faith, by the same group of proud men that meet together against God and His Christ; those that shed the blood of Martyrs during the Cristero Rebellion.

We take this spiritual warfare serious.

The Traditional movement in Catholicism has been carried by the SSPX, a Society formed by Archbishop Marcel Lefebvre expressly for preservation of the Faith.

We are eternally grateful to him and the men that convinced him to do so.

I believe it was a grave mistake for Bishop Fellay to leave the other three Bishops behind.

The outcome for the Faith has been set:

“The fires of Hell shall not prevail”

"There is something of the perfectii about some of the Society, which can set up personal judgement against the Church."
But Fr.! Surely the only person allowed to judge the Church is H.E. Antonios Cardinal Naguib?

My experience of more than 40 years of a Novus Ordo Church is that it produces priests and laity who tend to be contemptuous or dismissive of the papacy and the magisterium. Josef Ratzinger drew attention to this anomaly (some might say hypocrisy) in 1988 during the then discussions with Lefebvre:

“There is a glaring contradiction in the fact that it is just the people who have let no occasion slip to allow the world to know of their disobedience to the Pope, and to the magisterial declarations of the last 20 years, who think they have the right to judge that this attitude is too mild (when we deal with Lebebvre) and who wish that an absolute obedience to Vatican II had been insisted upon."

Why even mention sedevacantists in the same breath as negotions with SSPX and Rome, if you were not intending to imply that the former believed the Chair of Peter to be vacant? In fact, even if there are those in SSPX who can not understand how the Church went so far afield with a Pope shepherding the flock, the Society itself, staunchly repudiates the sedevacantist position. The Society as an organization, prays for the Pope at every single Society Mass. To imply otherwise, is very misleading.

Max, I mention it because I think it is an issue FOR A FEW.
I have every certainty that most, practically all of the SSPX would welcome acceptance by Rome but will all be able to pledge "respect and obedience" to the Holy See? That is the ultimate test of whether the throne of Peter is occupied or vacant.