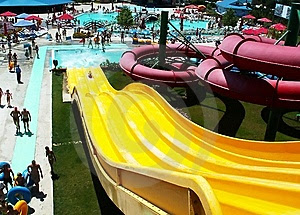 I was rather interested the news from Mexico City that some politicians are asking for fixed term "marriages".
Could this come to Britain? Well everything is possible if we allow the state to redefine one of the basic blocks of society. We are on a slippery slope. Why not allow people to define precisely what they mean by marriage, without the interference of Church or State? Why shouldn't a prenuptial agreement replace marriage vows, why shouldn't it be tailored to a particular couples needs or even their particular fetish? Why should it be a couple? Why should polygamy or polyandry or incest be illegal?
What is the next step here?

The problem is "[o]nce marriage is separated from children, its value is instantly diluted, it becomes purely about love and it is precisely this notion that marriage is only about romantic Iove, coupled with no-fault divorce that has already done so much damage to society over the past fifty years, the fruits of which became apparent on the streets of London this summer." It has also done much damage to the place of children in our society, the idea of adoption being dealt with under "goods and services" legislation says it all.

Battle lines are being drawn up on marriage, Archbishop Conti fired a salvo in Scotland with a Pastoral Letter over the weekend. This side of the border there is the faint jingle of the harness of some dragoons in the distance. There is feeling “something must be done” - quite what, isn’t clear yet – but “something must be done”.
Here we prefer to be less bellicose than the Scots; discreet letters, conversations in the corners of London clubs or gentle conversations over the dining tables of the great and the good are more our style. The problem is that for the ordinary Catholic in the pew our silence indicates consent, to the Government line, which becomes very quickly the status quo, as we have seen with Civil Partnerships. Rather than being a Teaching Church we have become the Listening Church, epitomized in the 2004 document Listening: My Family My Church. The slew of consultative documents from the Easter People of 1980 onwards has made us, like so many European Churches, seem unable to challenge society on so many fundamental issues. This strategy has made us incapable of calling the troops onto the streets when the Church actually has something important say. The response of young people in Germany, before a recent Papal Mass, when they were question about the ordination of women and homosexuality seems to be more or less where we are in most of Europe.

Another of our problems is that for years we have taken a liberal line sex and sexuality. We have allowed Connexions into our schools, we have publicly backed government sex education schemes for our children. Though one or two bishops during the introduction of Civil Partnerships legislation, indicated this was the thin end of the wedge. There was a little murmuring in Church and other circles that the financial, inheritance and next of kin rights such a partnership bestowed should be extended to others like, siblings who shared a house but nothing was done. I suspect if we pushed this, we might have been able to appeal to sense of British justice and base Partnerships on something more than a genital relationship.

Our problem with adoption agencies, it strikes me was that having allowed them to place children with non-Catholics, divorced and remarried couples and in some instances single "gay" people was that we really had no leg to stand on when the the Labour Government demanded we should go a quarter step further and allow homosexual couples to adopt. What is the difference between one person and two?

This all makes me rather pessimistic about the Catholic Church having any influence at all on the forthcoming the consultation and  legislation, indeed I suspect we will just seem rather ridiculous in defense of arcane doctrines that the rest of society has rejected and that for the majority of Catholics have been so seldom repeated that they seem to belong to a former age. Having said nothing for so long, we will find we have nothing to say that will be heard.

In Scotland it might be different, I just do not think anyone here is capable of listening to the long careful arguments of the very good letter by Abp Conti. Here the only thing that might get through is if we can repeat over and over again, "marriage is for children".
at October 10, 2011

I agree with your comments -

'Here we prefer to be less bellicose than the Scots; discreet letters, conversations in the corners of London clubs or gentle conversations over the dining tables of the great and the good are more our style'.

Unfortunately for the Catholic Church in this country this style of negotiation has amounted to very little. Actually, in terms of recent abortion amendments, abortion per se, euthanasia, the Children, Schools and Families Bill, the Human Fertilisation and Embryology bill, (the list goes on) it has amounted to nothing.

In fact, I would go as far to say that our high flying Catholic diplomatic skills appear to be 'as much use as a chocolate tea pot'.

Maybe it is time for a rethink on the way we do business with parliament.

When our primate cannot rule out gay marriage being acceptable, in time, in the Catholic Church on national TV we are in a pretty dire situation.

"Fixed term " aka sellby marriage licenses :the idea is not new, albeit not western: apparently, Persian mullahs make a mint out of temporay marriages licenses for as short as onenightstands with paid females...

I am sure you are right, although it is sad to admit it. Thirty or more years of listening and appeasing every step in the decline of society and the self-destruction of what was left of the Church's moral credibility by a few corrupt clergy and their more numerous apologists, have left their mark on the rest of us.

I am sure that there are many Catholics in the pew who would resist proposals to redefine marriage and make their views known to that effect. Surely, we can do this without taking a cue from those in Eccleston Square?