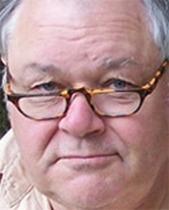 I commend to you an article on the Ordinariate Portal by William Oddie, it is reprinted from the Faith Magazine.
Pre-Ordinariate William Oddie wrote "The Roman Option", which some suggest might have been a blueprint for those who put forward Anglicanorum Coetibus. From what people say it opened a vision and gave solidity to those who previously had only a vague notion of the possibility of full unity with the Holy See.
This short article illustrates, briefly, some of the opposition behind the scenes to the Holy Father's vision, and speculates on the rather sudden announcement of the Ordinariate. Oddie's speculations and suppositions, I suspect are based on more than idle rumour, have been carefully researched and investigated.
at October 11, 2011