China gets the gold medal in human rights violations 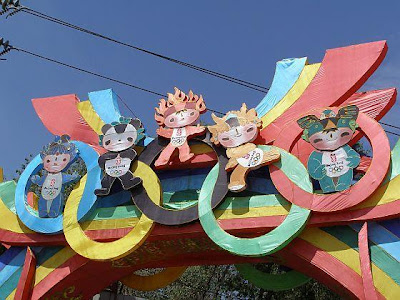 China’s long (but incomplete) list of human rights violations during the Olympics has allowed it to run “harmonious” Games. Anyone who dares to protest or speak to foreign journalists has ended up in prison, or in forced labour camps, without trial or due process. Several cases of torture have been reported. read more here

It happened in Zhengding on the feast day of the Assumption. Fearing bad publicity during the Olympics, police allow Bishop Jia Zhiguo to celebrate mass, but he is still banned from meeting priests and seminarians. read more here
at August 23, 2008