Chinese activists to Bush and Sarkozy: Don't forget us at the Games 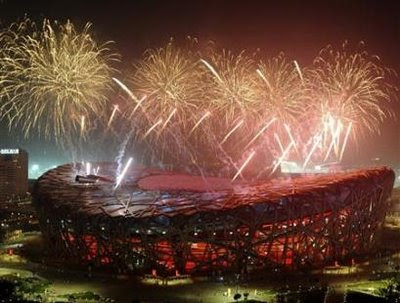 An extract from article on Asian News about a letter addressed to Presidents Bush and Sarkosy whilst they attend the Olympics:

The letter - signed by a large number of citizens, whose identities have not been publicised because of the fear of reprisals - lists some of the recent offences: the expulsion of people from their homes in order to build Olympic projects, the lack of protection for migrant workers, persecution of human rights activists and dissidents, the lack of freedom of expression and assembly, censorship of the media, persecution for religious reasons.
The Western leaders who will go to Beijing are asked: to visit imprisoned dissidents and ask for their liberation; to participate in religious services in unauthorised churches, to highlight the problem of religious freedom; to express solidarity with the parents who are asking for justice for their children who died in the earthquake of Sichuan; to remember the question of the Tibetans, Uyghurs, and other ethnic minorities.
Last July 9, the police killed five Uyghurs believed to be terrorists. Earlier this year, they arrested 82 people in Xinjiang on suspicion of terrorism and "conspiracy to sabotage the Olympics". But the East Turkistan Information Centre, made up of Uyghurs in exile, recalls that "No lawyer on the mainland has dared to speak out for Uyghur suspects", and expresses the fear that "suspects would be subject to torture and would make forced confessions".
Yesterday, Xinhua reported that so far, 42 Tibetans have been sentenced for protesting in public last March, while another 116 are on trial and at least 953 are still in jail. They could face the death penalty.

Yes,but I'm still worried about the prisoners who are being unlawfully detained and tortured in Guantanamo by the Freedom-Loving US Government.