Flipside of the Medals 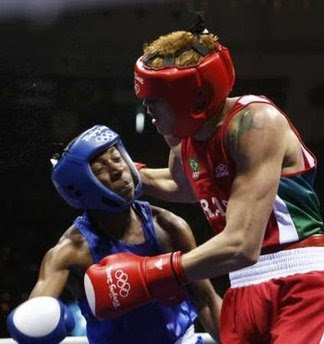 from Creative Minority Report
Father Bernardo Cervellera, the director of Asia News and an acknowledged expert on China has published a book in Italian called "The Flipside of the Medals" which speculates that China has only become more oppressive because of the Olympics.

He answered some questions in an interview with the National Catholic Register:


Are there changes going on in China?

There are, and it’s the worst kind of change. Nowadays it seems that the Communist Party of China doesn’t have any more ideals of harmony, justice and so on. It’s just a group of people in power who are trying their best to collect as much money as possible to send it abroad and to exploit the Chinese population with their corruption.

People whom I have met are defining the Olympic Games as a national disaster because they have suffered exploitation in the workplace; they have no health care, no pension funds, no housing and so on.
And this about the illusion of closer ties between China and The Vatican:
Turning to Vatican-China relations, do you see any improvement, especially after some recent friendly gestures from Beijing?

To be honest, I don’t really see an improvement in the relationship between the Vatican and China, although in this period before the Olympics there have been some small gestures, such as the concert in the Vatican offered by the Chinese embassy in Rome, and the invitation of Bishop John Tong to Beijing for the Olympic opening.

But these things, it seems to me, are more of a kind of advert for China to show that they are changing. They have been offered to the Vatican just when the image of China was tarnished by the repression in Tibet and by the persecution of its people. So they are trying to put themselves in a better light through these gestures.

So it seems to me China’s policy towards the Vatican is still schizophrenic.
Last night, I watched the incredible opening celebration of the Olympics but I couldn't help but think of all the oppression, murder, and torture which defines the regime in power. We can only pray that somehow God uses these games to free China from its rulers.
at August 10, 2008

Good on ya Father!

The athletes sometimes get tortured to. Training to be an athlete can be a form of child abuse. Think about it.

Competitive sport has always been most sponsored by totalitarian regimes. It is just a branch of the mass entertainment industry, and incidentally, in its present form, competitive sport was invented in the late nineteenth century as a way of making money out of the newly leisured working classes.