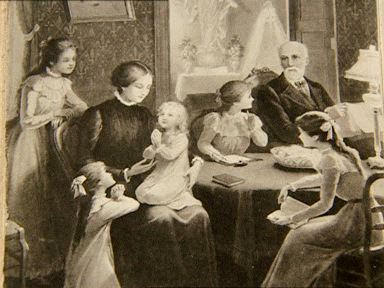 (CNS) -- Pope Benedict XVI has approved the beatification of Louis and Marie Zelie Guerin Martin, the parents of St. Therese of Lisieux.

The couple will be beatified Oct. 19, World Mission Sunday, during a Mass in the Basilica of St. Therese in Lisieux, France, the Vatican announced Aug. 19.

St. Therese and St. Francis Xavier are the patron saints of the missions.

The Vatican did not say who would preside at the Martins' beatification Mass.

With beatification, the diocese where the candidate lived or the religious order to which the person belonged is authorized to hold public commemorations on the person's feast day. With the declaration of sainthood, public liturgical celebrations are allowed around the world.

The Martins were declared venerable, one of the first steps in the sainthood process, in 1994. But despite the active encouragement of Pope John Paul II to move the cause forward, the miracle needed for their beatification was not approved by the Vatican until early July.

-- Sister Vincenza Maria Poloni, founder of the Institute of the Sisters of Mercy in Italy, will be beatified Sept. 21 in Verona, Italy.

-- Father Michael Sopocko, founder of the Sisters of Merciful Jesus and spiritual director of St. Faustina Kowalska, will be beatified Sept. 28 at the Church of Divine Mercy in Bialystok, Poland.

-- Father Francesco Pianzola, founder of the Missionary Sisters of the Immaculate Queen of Peace, will be beatified Oct. 4 in Vigevano, Italy.

-- Father Francesco Giovanni Bonifacio, martyred in 1946 by Yugoslav communists, will be beatified Oct. 4 in Trieste, Italy.
at August 19, 2008

Excellent news. The Martins must have been exemplary parents. It is particularly gratifying to see that a married couple is being moved along the path to being declared saints. I pray that the required additional miracle(s) will come soon.