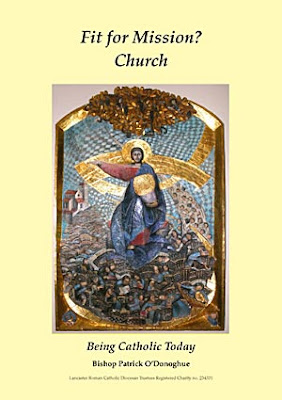 • Why have so many atholics stopped coming to Mass? Where have all the young families and young
people gone? Why do most families not pray together anymore?
• Why have so many Catholics rejected the mercy offered through the Sacrament of Reconciliation?
• Why are our seminaries almost empty, and our convents and monasteries closing?
• Why are there so few Catholic marriages?
• Why aremany parents not sending their children to Catholic schools? Why have they lost confidence
in our Catholic schools?
• Why did we stop speaking the truth with one voice? Why is there disharmony among us about the Catholic faith?
• Why are we so afraid to evangelise our society? Why have we lost passion and confidence in teaching the faith?
• Why does our Church feel so tired and worn out? What has dimmed the fire of hope within us?


Thousands of priests have left the practise of their priesthood.
 There has been a drastic decline in vocations to the priesthood and religious life in theWest.
 There has been a significant decline inMass attendance in theWest, participation in the sacrament of
reconciliation and family prayer.
 There have been abuses in the celebration of the Eucharist, that ‘contribute to the obscuring of the
Catholic faith concerning this wonderful sacrament’. (Pope John Paul II, Redemptionis Sacramentum, 6-
9).
 There has been a marked increase in public expressions of dissent from the Church’s doctrine and
discipline in homilies, Catholic journals and theological works.
 It is not uncommon to come across clergy, religious and people who are disobedient to the
Magisterium, particularly to the Pope and local Bishop.
 People aremaking important life decisions based purely on personal subjective judgements, detached
from the teachings of the Church, Scripture and Tradition.
 There has been a steady decline in the number of Catholic marriages.
11
 There is a lack of generosity to the gift of life, seen in the delay in having families and the size of
families.
 There is widespread confusion among Catholics about the values of fidelity and continence in
marriage reflected in the divorce rate being equivalent to non-Catholic marriages.
 There has been the despicable crime of child sexual abuse, committed in families and by members of
the Church.
 We are living through a period in the life of the Church when there has been a distortion of
evangelisation and catechesis. This can be seen in the fragmentation in the transmission of the fullness
of the faith, with omissions and neglect of some key truths, and an exaggeration of other aspects due
to the misuse of experiential based catechesis.
 It has become somewhat commonplace to find the Catechism of the Catholic Church dismissed as a
teaching resource in Catholic educational circles, seminaries and Catholic theological faculties.

Bishop O'Donoghue's brilliant Fit for Mission documents should be the platform from which to launch the Tsunami of Catholic Truth as a counter to the relentless onslaught of paganism in our world. We should start at home in E&W - perhaps with a new head at Westminster the Catholic Church might take on a more proactive stance in the politico-social affairs of this country - Mary's Dowry.

So how about starting with prayer. Adrienne and others who perceive a 'sad' situation, and I do agree with you, however, let's never forget the power of prayer - Come Holy Spirit, fill the hearts of your faithful.......

With Faith everything is possible!

Why the decline? It is not that complicated.

Every reform of the Church in the past was accomplished by a return to tradition from novelties which had diluted Church doctrine and practice. Vatican 2 tried to reform the Church WITH novelty, resulting in absolute disaster. Every statistical decline mentioned in the article began when the "reforms" of Vatican 2 began.

Many of those who participated in the Council warned that abandoning traditional doctrine and practice would ruin the Church. Pope St. Pius X warned about it as he foresaw its beginnings in his own time. Our Lady Of Fatima called it the "great apostasy beginning at the top."

The "reform" of Vatican 2 was a revolution, not a reformation, and true reformation will only happen when the Hierarchy of the Church return to the faith, to tradition, and to sound doctrine, and lead the faithful back. Our Lady says this will not happen until the Pope honors Her request to consecrate Russia to Her Immaculate Heart, and that will not happen till Catholics pray the Rosary every day, and at least try to reform their lives.

Our Lady said "In these last times, God has given special power to the Rosary such that there is not a single problem, spiritual or temporal, that cannot be solved by saying the Rosary."