The Agony of Fr X 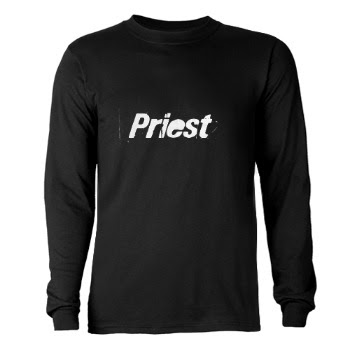 I have a friend who took over a many centred parish a few years ago, he is kind, he is gentle, he his mild. His liturgical and theological orientation is strictly "Benedictine", it is not because it is his personal taste but because he has read the documents and understands that that is the taste of the Church.
His parish had a succession of priests many of whom were nationally known for their avante guard opinions. Most of his parishioners, the vast majority welcomed him, a small handful were difficult at first but gradually, little by little, by returning kindness for rudeness he won them over.
Privately he would tell me about the pain he was going through, the sleepless nights, the feelings of nausea before parish meetings which were so often occasions for public acts of contempt, the venomous untruthful letters to the bishop, the snide suggestions, his visits to the doctor, the pills he was on etc. I suggested on several occasions he should simply say, "I am the parish priest, if you really don't like it, go elsewhere, I have had enough!"
He always replied, "But if they don't come here, they might not go anywhere and be lost".
Behind it all in his theology of priesthood, traditional Catholic theology; each and every "soul" is of supreme value, that souls could be saved or lost by a priest, the priest is there to gather in the lost sheep. Suffering is part of priesthood. The priest is the servant of Christ in the local Church, he is there to lead them to salvation rather than to an ideology of his personal choice.
When I was going through similar difficulties myself a more liberal priest than Fr X told me, "Tell them to ******* off, I would. When I came to St ___, a third of the congregation left, good riddance, I won't put up with trouble makers!"
at February 21, 2009

It's human nature Father,everybody has their favourite and a lot of people who have been in a parish for years get the idea that they own the place and things have got to be done the way Fr So and So did it,the favourite thing is going from parish to parish to make a statement.

Some can be so childish and Catholics can be the worst culprits,it may be because Catholics are obliged to go to Mass every week and they treat it like an ASBO.

Fortunately these are only a minority and have to be nursed along and comforted by the rest.

Only a fellow priest can understand your post Father - I posted similar thoughts last night re: 'l'affaire Blackfen' and was told it was too "dark." I remember attending an ordination when the Archbishop preached on the "priesthood as crucifixion" - too dark, probably!

Does that sequence of seven asterisks stand for a six-letter word I can think of.

God forbid that it should stand for one of two four-letter words that come to mind!

This sounds a lot like what a few of my priest friends tell me.

I thus think it's right of you not to put up with trouble makers. Those are the one's that don't want to be there, or are just being a pain for the sake of being a pain.

I totally see this as a apart of the "smaller but purer" Church. It's better to have those that follow the teachings of the Church and the dissenters leave, rather than having the dissenters stick it through.

Though I must admire Fr. X for his love of souls, it's a good thing there are priests like you and him doing what the Church asks, the grace of God is allowed to flow, and your personalities are out of the way, thus winning more souls for Christ instead of Satan.

Thank you both for your hard work!

Your colleague and you have my every sympathy, Father. It seems to me that courtesy is the fruit of charity. Its absence, and its replacement by aggression or slyness, always denote something going wrong on the inside.

A smart-alec seminarian a few years ago challenged my talk of 'souls' by saying that such vocabulary represented a dualistic vision of human nature; we should be more interested in the 'person'. I took the incident to be another proof that a little knowedge is a dangerous thing. Who was it said, 'Give me souls; take away all else'?

Too true, Father! "Parish politics" can be the bane of a pastor's life - exacerbated today by 'parish councils'...

While divisions and differences of opinion have always existed in parishes, they were more muted in bye gone days - when the biggest problem some pastors faced was reining in the organist!

Father, you and Fr. X are the very best type of priest. God bless you.

I fear that some of the problems arise from the misapprehension, often encouraged by those who should know better, that parishioners are themselves priests and prophets and have their “rights”.
While there is an expectation that priests should be holy, meek and mild, the laity (me included) place no such strictures on themselves because, well, they are laity and the holy, meek and mild priests should tolerate their faults and foibles.
A double standard has always existed, I guess, but in the past the backstop was the ordinary who could boot the moaning minnies into touch. It seems to me that that is the missing equation in today‘s set-up. Where are the bishops when their frontline need them?
Yet I suppose all of us who turn up to Mass and then go home are just as culpable for being detached, mea culpa, like those who complain about a government but don’t bother to vote.
One cannot begin to imagine how isolated solo priests must feel. They have eschewed partnership and human intimacy for a higher calling; difficult enough, but at times made almost unbearable by “ingratitude more strong than traitors’ arms”. I don’t know how they stick it. The Holy Ghost must have to work overtime to keep them battling on for God and in service to us.
My offering at Holy Communion on Sunday will be for them and their ministry. God bless them all.

"Give me souls and keep the rest,"

Georgem: Well said. Even in better times when one priest didn't have to shoulder the whole burden, at least he had other priests living in the rectory to assuage some of the burden and share company. Someone else who knew the same concerns and blow off steam with. Now a priest has to make an extra effort to stay connected - and the devil hates the priests the most. So he does triple duty on them. We need to keep our priests regularly in our prayers, as well as praying for more vocations. If you don't ask- you don't get.

The pressures bestowed on priests have got me thinking about one thing...

Why are our diocese not doing more to push vocations? We would have none of these problems if there were more priests, more deacons, more parish based orders, more anything..? At this rate, there will be no one soon to run the parishes. There is no support structure for the priests that we do have. Parishes shouldn't be run by one person. Who do you go to after a bad day?

Complacency is killing the Catholic Church.

I am starting to get very worried about our future.
If our bishops are not going to start the recruitment drive then we must do something.

I take it all back.

I've just looked at the A and B vocations website.

It was last updated last September.

They must be very busy.

The worst thing I've found, Father, is the amount of time and spiritual energy all this takes. It is utterly debilitating.