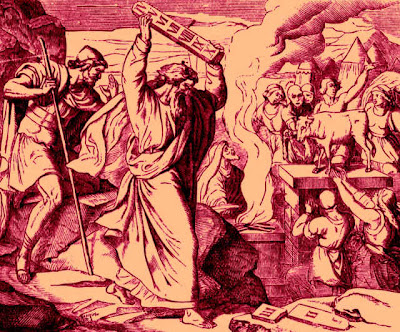 One of the "models of Church" that Vatican II gave us was the notion of "People of God", it seemed to replace, in the popular mind, the idea of the "Mystical Body". It shouldn't have, but it did. We should hold every "model" we have in tension, orthodox is about "both, and".
It has been seen as something nebulous, or wishey washey terms, no-one who taught theology in the seminary when I was there wanted to define the concept, seeing it for example, as everyone, or all people of good will. Pope Benedict has clarified it by saying it is actually the Church,
The idea goes back to the Old Testament, to Abraham, to the people called out of Ur of the Chaldees. It is most clearly seen in the Sinai Covenant, "I will be your and you shall be my people, if you keep my commandments". Here the connotation of "people" is seen in the idea of "gens" of a tribe or a nation, even a clan, identified in contrast to other nations or tribes or clans. In the case of Israel, its identity comes from its being "a people" belonging to, or "of God", it is that relationship which is important. In the New Testament this "people" is the Church, "a holy nation, a people set apart to sing the praises of God". It is a specific people, with a particular origin, a history and an identity, with a particular function in the world and ultimately with a particular destiny, it is established through the blood of Christ, and its identity comes from its union with the Trinity.
at February 13, 2009

There is nothing wrong per se with the model of the Church as the People of God, but the interpretation of this model by liberals has caused much heartache. In speaking of the priestly powers of the laity (viz l.Peter) some now think everyone can be a priest at the altar if chosen by the community. Prophetic powers mean anyone can have their say and even disagree with Church teaching. None is this true, the meaning of the 3 powers is purely spiritual. It would have been better to have put the People of god directly in the context of the Mystical Body of Christ and put that model first.

Father, Yes, but the Mystical Body does not have the connotations of a Holy Nation, with a theology rooted in the OT.