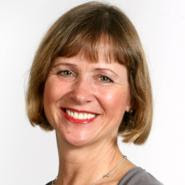 Ruth Gledhill who is good on Anglican affairs but rarely has anything useful to say about the Catholic Church runs a lack lustre, almost silly, piece, on the incommunications.
She talks about Cardinal Re’s anger at being left out of the discussion for the reconciliation of the Econe 4. She seems unaware of the rumours that are circulating in Rome that Re, who is soon to retire from the Congregation for Bishops, is no friend of Benedict’s reforms, some have suggested leaks against the Pope seem to flow from those around Re.
She speaks about the Pope becoming increasingly reclusive, others might suggest that he knows who his supporters are and works with them, the less co-operative or obstructive tend to be worked around, rather than directly excluded from discussion. She doesn’t realize the Curia is a leaky sieve. There used to be a saying, “if you want something publicized, tell a Cardinal”, if you ever eat in the restaurants on the Borgo Pio, you will know what I mean. In many ways the Vatican is a village rather than a city.
She speaks about the “damage this episode has done to Catholic-Jewish relations”, that is true but it is hardly of first rank importance to the Church; the criticism of Israel in Gaza, I suspect is also a factor, so is the Church’s argument against Jewish vilification of Pius XII and the wartime Church. What is damaged here can always be repaired, and perhaps too, there is a need to reappraise these relations and to move beyond discussion of the 30/40s.
She says that cardinals fear “that excommunication as an instrument of discipline has been irrevocably weakened”, this is sheer nonsense, most, who risk this medicinal sanction, those who muck around with the sacraments, the Brisbane priest, those women who seek ordination, or theologians who deny the Creeds, don’t give a damn about it, it is only the traditional who care.
She speaks about the Westminster and New York successions, and Cardinal Re’s involvement. She says, “I wonder if Cardinal Re's fury over Williamson will make any difference in who he chooses for Westminster?” Well Ruth, I don’t think he actually does the choosing for major Sees, and those who will eventually elect the Pope's successor. Fr Wagner’s appointment as auxiliary bishop to Linz, adding a little fuel to the flames, might well have been Re's appointment.
She speaks about the appointment to the Congregation for Divine Worship of Bishop Roche, presumably as Secretary to replace Archbishop Ranjith, as the new Prefect has only recently been appointed, that is possible but he isn’t really a very Benedictine type of man. Having a European as Prefect might, in the Universal Church, suggest not having another as Secretary.
I just want to suggest to her that she needs better Roman contacts, less time at Ecclesdon Square and tea drinking with old Tablet journalists maybe, and she needs to understand Pope Benedict and his writings a little better.

Incidently Bishop Williamson has been sacked by the SSPX
at February 09, 2009

Well stated, Father. I used to have time for her articles, but like you, I feel she gets all the wrong leads, about the wrong issues, with the wrong emphasis from the wrong people.

Delia I was reacting to her uncharitable article on the Holy Father. Important we try to understand what is happening, and do not put up with one sided bilge.

Ruth Glendhill and Richard Owen frequently spread inaccurate and one sided reports on the Holy Father for the Times. They are not to be trusted in any way shape or form...

Father, I meant, you dealt with the issue very tactfully and charitably! It would easy to be very abusive about Ruth Gledhill and her article.

In all of this furore which, in my opinion has been totally blown out of all proportion, hardly anyone has a good word to say for +Williamson.
Putting aside his somewhat strange views on matters which do not concern the Catholic Faith, it would appear, from those who know him that he is an excellent teacher and really knows how to lead others in spirituality.
I have just been reading Brian Sudlow's blog The Sensible Bond and I strongly urge others to read what he has to say about +Williamson's influence on him. My one encounter with +Williamson was at a Mass where he conferred the Sacrament of Confirmation and I was impressed by his homily and his ability to make the occasion very special for those who received the Sacrament.
I would say, even after this furore, that he could be a real asset to the Church if only he can tone down his strange views on non-religious matters.

We all know the damage liberals can, and do, cause in the Church. And the secular press seem all too eager to follow their anti- Ratzinger agenda.

I have seen it said that the appointment of liberals to key positions was a high risk strategy.

While this is undoubtedly true, the fact is liberals will cause mischief wherever they are.

I am sure Pope Benedict is well aware of this, and knew he personally would come in for criticism from them.

However, denouncing anti-semitism, and attacking anti-semitic elements in the SSPX is one thing. Attacking the Pope is quite another.

The overwhelming majority of Catholics will agree with the former, but not with the latter.

With their every utterance, the liberals show themselves for what they are.

Most of Ruth Gledhills musings can be taken with a pinch of salt,she is just another malcontent troublemaker.They are not so daft in the Vatican to even talk to her.

"those who muck around with the sacraments, the Brisbane priest, those women who seek ordination, or theologians who deny the Creeds, don’t give a damn about it".....

Oh, but that won't stop them getting a "damn".

"...and she needs to understand Pope Benedict and his writings a little better."

Exactly Father! And the same goes for any self-respecting journalist who seeks to expound on the 'mind of the Pope'.

When the Holy Father was elected I bought up every book of his I could find and read them assiduously. My previous exposure to him was in Rome during the Vat II years when he and Karl Rahner ('Rahner and Ratzinger' were usually lumped together then) were considered to be liberals and somewhat suspect...!

But his writings since that time reveal much about our Holy Father - where he has been, where he is coming from and where he seeks to lead us.

I suspect that the Holy Father was not oblivious to the reactions he would get to Regensburg and the lifting of the SSPX excommunications. Whether he knew of Bp. Williamson's strange views or not, I don't know. But I suspect that even if he did, it would not have diverted him from the path he has taken.

I also expect that much good will come of this. It has made many people sit up and take notice, reflecting on who they are, what the Catholic Church is and what is important in this life. Surely not a bad result...?

JARay, it will be a cold day in hell before I'd accept as a "spiritual guide" some dingleberry who thinks the Sound of Music is pornography. He is more than a few cans short of a six-pack. His elevator doesn't go to the top floor anymore. Splinters in the windmills of his mind.

Should have been set to count holes in the accoustical tile a LONG time ago. Why didn't anyone in the Vatican say: "How about lifting the excommunication on THREE of the four and leaving Williamson out to dry?" But nooooooooooo. Now we hear reports that allegedly the pope hadn't realized what a fool this guy is.

gemoftheocean, it will also probably be a cold day in hell before you'd accept as a "spiritual guide" someone who thinks a crowd of quite nice people just buying and selling things "a den of thieves," are you?

Thank you, Father for your posts.

Lizard: I don't understand why everyone is "covering" for this trainwreck. Nothing and no one can convince me that "out of the gate" this was a well executed move on the pope's part to do things this way.


He was ill-advised at best. It's taken ALL this hullabaloo to get him removed as head of a seminary but the SSPX nutters?

Why have they covered for this jackass so long? It was only when bad press shined the light on this cockroach that made the SSPX boot him?

Precisely what I don't like about SSPXers. They've been defending the indefensible. They do Latin Mass fans NO favor whatsoever.

Your readers may be interested in a fact-checking/critique site that's been set up for The Times' religious coverage: