Fr Reese on Caritas in Veritate 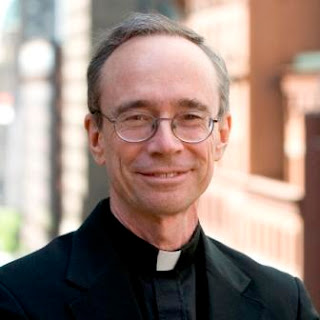 Father Thomas J. Reese, S.J. erstwhile editor of America Magazine speculates about the Pope's forthcoming encyclical on Caritas in Veritate Charity in Truth in today's Washington Post.
He says:
Conservatives will be shocked and disappointed by the encyclical, which will reflect Benedict's skepticism toward unbridled capitalism based on greed. I suspect that will bre true, in the US at least, Catholics on the otherhand will most probably be delighted by a challenging restatement of Catholic Social teaching.

Reese quotes the Pope from a statement in February:
"It is the Church's duty to denounce the fundamental errors that have now been revealed in the collapse of the major American banks. Human greed is a form of idolatry that is against the true God, and is a falsification of the image of God with another god, Mammon."

He says the Pope has given hints about the content of the encyclical.
It will be heavy on concern for the poor, especially those in the Third World who are not responsible for the crisis but are unduly suffering from it. Undoubtedly it will also develop the pope's concern about the environment. As he has already said, "Starvation and ecological emergencies stand to denounce, with increasing evidence, that the logic of profit, if it prevails, increases the disproportion between rich and poor and leads to a ruinous exploitation of the planet."

I agree with Reese as far as he goes but I suspect that the Holy Father may also shock liberals by speaking about the purpose of mankind, the family and contraception and abortion, and our own need for personal conversion to the Truth. I am not sure Fr Reese has paid much attention to the documents title!
at June 25, 2009

0ero may be a whore for socialism, but that doesn't mean that everyone over hear has lost his/her mind.


NO ONE argues for laissez-faire capitalism, but when the government keeps its miserable paws off it does the best -- capitalism has proven to be a hands down winner over socialism. If the pope is really foolish enough to champion ideas that are proven failures he deserves to be laughed at.

:-D Sorry, "over here." When I get ticked off spelling goes out the window.

okay, well, then it's his advisors!

Fr. Reese has not been editor of America Magazine in a couple years, reports were he was forced out.

He also has no idea what conservatives think. As if we think unbridled capitalism is a great thing. Free markets are a good thing, but when a culture becomes more immoral it is no shock when businesses reflect that.

I'm with Fr. Ray! Catholics need to start adhering to their faith, instead of making excuses not to! As an American, I can tell you capitalistic greed has ruined this country, making the value of the dollar practically worthless. I'm all for a democracy, but that's not what's happening here. We have greedy politicians passing bills to stimulate the economy with our taxes, and then making us pay back that same stimulus years later with our taxes again. It's blatant bank fraud in my view, and it's hurting average citizens.

Don't even get me started on Obama's life policies! I abhore the fact that my taxes inadvertently pay for abortion rights, and promote sexual promiscuity among our youth! I stand with America's founding fathers who believed in the gold standard, and had faith in God! I stand with the Pope who heads the one true Universal Church founded by Christ!