From the Pope: A "manifesto" against capitalism? 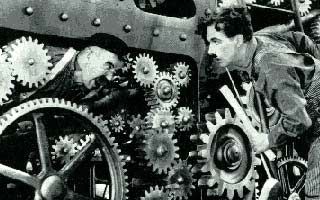 A few weeks before the publication of "Caritas in Veritate," the German Catholic jurist Ernst-Wolfgang Böckenförde, highly esteemed by the pope, calls for the Church to write the definitive "manifesto" against capitalism. Which must be overturned at its foundations, because it is inhuman read Sandro Magister's piece entitled Eve of an Encyclical. And from Germany, Marx Reappears
at June 05, 2009

If he does that, he's far dumber than I thought he was. I thought he was merely "naive" "misled" "Behind the eightball" regards Williamson, and that whole fiasco. If he didn't learn from his own youth that capitalism and a free market system provides both freedom and the BEST standard of living, then he is truly beyond help in the "stupid" department.

Where has socialism worked? NOWHERE. The only benefit to it is that eventually people get fed up with it and if they're lucky their leaders get thrown against a wall and shot, Romainian style.

Right now unemployment has hit a 25 year HIGH of nearly 10 percent. This socialist who hasn't produced a US birthcertificate, was paid for and bought by the muslims and people who think they will get something for nothing. Idiots who thought they won't have to pay for their car, or mortgage. Idiots with their hand out to the people who have stolen our money and bankrupted the federal government. This people can't run a lemonade stand and make money, and Zero puts some 31 year old snot nosed in charge of liquidating GM and giving it to corrupt union hacks? This snot nose in the white house has put us in to a greater debt than all the other previous presidents COMBINED. He is a NIGHTMARE and I despise everyone who voted for him. He will screw this country up for decades. All because we have now reached a critical mass of STUPID. In the NEXT revolution, I hope all these morons will also be thrown up against a wall and we can start from SCRATCH, because that's all we're going to have.

And the idiots in the vatican are kool-aid drinkers. Move over Jim Jones, and hale-bop comet people...make room for those who hate freedom, liberty and independence. Only a FOOL would want the morons who run the post office to run everything.

Gem, capitalism is a term misused by both its advocates and its opponents. Sorry, but it is so vague as so be almost meaningless.

All it has become is a generic label applied to relatively uncontrolled systems of econonomic organisation characterised in the first instance by land enclosure and private appropriation of the rent of land, and systems of credit based on usury, with joint stock companies operating under government legislation which gives them special rights and privileges not available to individuals. There nothing natural about such a system, which in many respects goes against natural law and scripture.

A limited degree of economic freedom emerges, but since land is not free, labour is co-erced into accepting whatever terms it can obtain, and the end result is a few people get very rich, many become very poor and those in the middle are generally OK but their livelihoods are forever precarious.

People talk as if "Capitalism" and "Socialism", or some blend of the two, are the only possibilities available. Nothing could be further from the truth.

Unless I've misunderstood his article, Ernst-Wolfgang Böckenfördeds actually wants the Pope to endorse Marxism. I don't see how the Pope could do that. Papal teaching on socio-economic questions has been consistent in its condemnation of Marxism. Criticizing the negative aspects of certain kinds of capitalism is one thing. Renouncing capitalism and endorsing a Marxist analysis is another thing entirely.

And renouncing capitalism and not embracing a Marxist analysis yet another.

It's that Mark. Mark, you need to read more stuff that doesn't agree with the Acton Institute! :-)

"Intellectuals" tend to look to Marx for want of anything better. His economic analysis is fundamentally flawed.

First, he fails to define the term "Capital", with the result that the word is applied indiscriminately to, amongst other things, land, goods used for the purposes of production eg machines and buildings, stock in trade, money and credit.

Second, Marx's Labour Theory of Value is bunkum. This has had two baleful effects. (a) it has promoted a misunderstanding of the value of labour and (b) it has discredited the whole idea the labour and value are related.

This is an effective way of getting everyone confused. If confusion is the devil's work, this would explain how Marxism has caused such suffering and the death of hundreds of millions. Unsurprisingly, in the light of these falsities, economies based on Marxist principles have led to poverty and tyranny.

The best analysis of how the economy operates was until recently, the account given by Henry George in the 1870s. George builds on and corrects previous established and accepted work by Francois Quesnay, Adam Smith, David Ricardo and John Stuart Mill.

Unfortunately, George's conclusions were rejected and ignored by mainstream economists, who have preferred to work blind, with results that are all too familiar. It is also unfortunately the case that Pope Leo XIII piled on the confusion with Rerum Novarum, by conflating land and the products of human labour, lumping them together under the term "Property" - thereby making the same mistake as Marx. Subsequent encyclicals have tried to unscramble the confusion and ambiguity thereby caused, in particular, Mater et Magister, which eventully resolved the matter, more or less.

George's work is deficient in some respects. His ideas have recently been updated, corrected, and brought into line with present-day ways of talking about the eoconomy by Brian Hodgkinson who has published a book called "A new model of the economy" (Publisher Shepherd Walwyn). A summary can be downloaded from the internet here

Henry,
The Labour Theory of Value was the invention of Adam Smith and David Ricardo, not Marx. Smith and Ricardo argued that the value of a good was determined by the amount of labour put into it. All Marx did was say yes but it had to be the 'socially necessary amount of labour'. So if I take 2 hours to make a chair when my neighbour takes 1 hour to make an identical chair, then that doesn't necessarily mean my chair is worth twice as much. So by your reasoning you should be blaming Smith and Ricardo for the excesses of Stalinism, not Marx.

LF - the Labour Theory of Value is normally associated with Marx who did most to bring it to public attention.

But whatever its orgin, it ignores the fact the equal inputs of labour do not result in the creation of equal amounts of value, nor that some things, most importantly, land (the surface of the earth) and natural resources, have value but are the product of no man's labour.

Part of the damage done is that some people then tried to deny that labour and value were related at all and came up with the "Marginal Utility Theory of Value" which is more bunkum.

The economist who sorted this out was Henry George, who pointed out the obvious fact that the value of something is the labour that someone is willing to give in order to aquire it.

This is all explained in the last book written by Henry George, "The Science of Political Economy".

I was taught the history of economic thought by a devout catholic scholar who admired St Thamas Aquinas and Karl Marx. His students learned a lot from both, but did not neglect the professor of moral philosophy who wrote "The Wealth of Nations", Adam Smith.

Pope Benedict is not on his own, he can draw on a wealth of knowledge from many advisers. Let us wait and see.

We forget that what appears as hyperbole in the statements of Dicken's Scrooge were actual positions taken by leading capitalists of his time. Yes, some western countries have appear to have fared well under capitalism, but at what price to the peoples of the Third world? Slavery in the U.S.; the Opium Wars; the British refusal to provide food for the Irish during the Potato Famine; the millions that died in the Congo Free State; the exploitation of the Vietnam that ultimately led to the Vietnam War; the rise of militant Islam in the Middle East, etc., etc., all have been justified in the name of Capitalism. It is worth noting that those who oppose any calls for a more just, equitable, political, social or economic system almost always do so on the grounds that it will destroy 'our freedoms', but the 'our freedoms' always refers to the privileges of the upper classes. For us to assume that we cannot come up with a more just economic system does not speak very highly of either our human creativity or our moral integrity. Holy Bishop and Martyr Oscar Romero pray for us.

IP - the trouble is that if David Ricardo and Henry George are ignored, important misconceptions in economics are perpetuated. It is like trying to understand chemistry whilst retaining the phlogiston theory of combustion.

This is evident in much of the body of Catholic Social Teaching and pronouncements by organisations like CAFOD and Church Action on Poverty. Which is odd because every street busker and market trader understands the concepts that Ricardo and George have codified.

Any country whose chief finance minister was familiar with those economists would have avoided the current fiscal disaster and much of the international aftermath as well.

Arvid - If one is looking to "Capitalism" as the system in need of reform, then we are not going to find it.

The problem is the system of land tenure ie who has, or does not have, access to the surface of the earth, and on what terms they get this access.

A handful of families own the most valuable parts of central London, as they have for centuries. That cannot be right. But expropriation and land distribution is not the solution either as has been shown many times, most recently in Zimbabwe.

Exploitation and rapacious banking practices, attributed to "Capitalism", are a consequence of the system of land tenure. Once that is put right, then a just economy with fair banking practices will arise naturally.