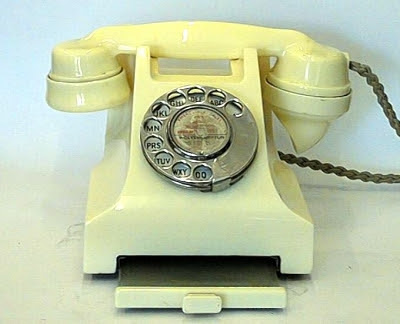 From the Catholic Herald
Pope picks up the phone in defence of the Old Rite
Pope Benedict XVI has spoken by telephone to a number of French bishops to persuade them to accept a wider use of the Tridentine Mass, it has been claimed. The Pontiff brought French bishops who oppose the Tridentine Mass “to a reluctant but decisive change of view”, according to the Priestly Fraternity of St Peter (FSSP), an organisation of Old Rite priests that the Pope strongly supports. It is widely expected that a papal document will soon be released to allow priests to celebrate the Tridentine Mass – using the pre-Vatican II 1962 Latin Missal – without the explicit permission of the local bishop, though probably only in the low-key setting of a “private” celebration.

The document, which will be released motu proprio, or on the Pope’s own initiative, has caused concern among bishops in France, where traditionalist groups are particularly active. But efforts by the French episcopate to “torpedo” the initiative have failed, according to Videre Petrum, the FSSP’s British newsletter.
at January 06, 2007

"The proposed reform would put pressure on the bishops of England and Wales to adopt a more welcoming stance towards the FSSP, which currently has only two priests based in London."

You left off this conclusion to the article.

Given that Fr Blake is good enough to host the FSSP in his own parish regularly, it might have looked a little pointed of him to have included that particular sentence!