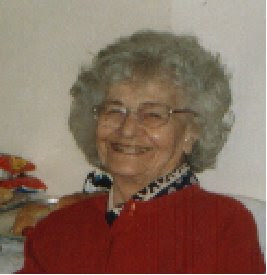 I met an elderly Polish in the street who started to tell me again about the death of her husband a few years ago in hospital here. "He died," she said, "of starvation." I am sure that the truth is that she did have enough English to understand what was really wrong with him.
I am sure that there is rarely a situation in which the elderly die through starvation or lack of hydration but I hear far too many anecdotal stories in which people think has happened, Fr Finigan mentions a case today.
My own mother died last year, she had suffered from dementia and had a kidney complaint, she also had MRSA. Although she was being hydrated intravenously little was done to ensure that she was fed or give water orally. She could often be difficult about accepting food; she needed a great deal of patience and coaxing which the hospital staff were unable to cope with. My father used to go in and feed her and give her liquids. I think if things were left to the staff she would have received nothing by mouth, they simply do not have the time or the skill to feed the elderly, ultimately I suppose it is not budgeted for.
Nursing has become increasingly specialised, I am not sure that feeding and hydrating the elderly, or even cleaning, are regarded as worthwhile specialisms. My father did it, because he loved her. She accepted food from him even when she no longer recognised him, I think, because over the months he learnt how to coax her, you need staff to know the odd ways of their patients if they are to do that, the health service doesn’t function like that, it treats illnesses not people.

One of things that seems to be lacking in the health service is simply a human heart, but no amount of money or training can deal with that. I find it interesting that Filipino parishioners who work in the NHS in this country seem to find that the most horrifying thing about Britain.
at January 11, 2007

if anybody had watched jerry robinson over the last 3 evenings they could not have helped thinking that the Government do not care a fig about ordinary people.Gerry Robinson by a miracle and a lot of wrangling managed to get all the waiting times down in all departments by gettig everybody to work together towards that end.But at the end of it all there was no money to pay for the extra work accomplished.Weare constantly being ripped off by stealth taxes but where does all the money go ?

Sadly, it is becoming increasingly common that elderly patients are dying of malnourishment or dehydration. The fundamental problem now is nurses are no longer trained to look after the 'whole' patient. It is left to the job of the healthcare support workers to distribute food to the patients, not the nurses. Consequently nurses often aren't aware whether a patient has consumed their food or not. My grandfather has just left hospital after five months of incarceration. In that time he lost 51 pounds in weight and also contracted MRSA as an added bonus. At one point, my mother was asked to bring in some microwaveable meals for him because he wasn't eating the hospital food. She benevoluntly did but then a week later found the meals unopened in a bag under his bed.

A very moving post, thanks for sharing that and the photo of your mum.