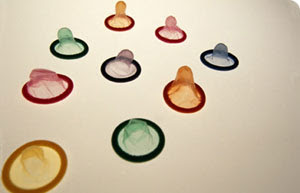 Scottish church leaders have condemned a local program handing out over 1,000 free condoms per week to children under the age of 16, saying that it makes sex as easy as having a pizza.

A total of 53,638 free condoms were issued to 13 to 15 year olds in Edinburgh as part of a controversial safe sex program in the Lothians, the Scotsman reports.

The confidential C:card service hands out contraception to children as young as 13 at youth clubs and other venues on condition youngsters talk to an adviser about safe sex.

The service was today praised as a crucial way of protecting youngsters from unwanted pregnancy and sexually transmitted infections, amid rising rates of teenage pregnancy and chlamydia in the region.

Meanwhile, Zenit reports that the January issue of the World Youth Day 2008 E-pilgrimage newsletter is focusing on giving a positive message about sex.

On the front page of this month's issue, Sydney Auxiliary Bishop Anthony Fisher asks, "Is sex just a recreational activity? Is the body just a product to be bought and sold? Do I have to be sexually active in order to be really happy? What is the meaning of this kind of 'body language'?"

"There are many voices in the modern world that overestimate the importance of sex - as if no-one could be happy who had not had sex in the last few hours - or trivialise or underestimate its power - as if it were no more humanly significant than any other bodily function," Bishop Fisher writes.

"But deep down most people know the body, sexuality and fertility are precious and important things which can be used to express some of the noblest things about human relationships, or which can be used instead to hurt and exploit," he adds.

The January issue explores various ways that "this very positive message about human bodily life and love have been expressed in the Catholic tradition - right back to the Song of Songs in the Bible through to Pope Benedict XVI's recent encyclical 'God is Love.'"

The eight-page newsletter also includes a prayerful reading of the Song of Songs and a biography of the first married couple to be beatified together.
http://www.cathnews.com/news/701/93.php
at January 18, 2007

It is a criminal offence to encourage or indulge in sex with a minor.What exactly are the authorities doing about this NONSENSE?

organising it,by the look of things