Interview with The Argus

I have just had a 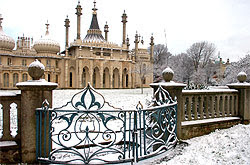 very nice young guy from The Argus on the phone for the last half hour asking me about the blog, in part provoked by the story I put on about a day I had a few weeks ago. Eventually we ended up by talking about gay adoption and the relationship of the Church and the "gay community". I tried to get over the notion that children who were given to Church run adoption agencies precisely because it was Catholic and the parent(s) chose the agency because they wanted the Catholic faith and Catholic values for the child. I said I thought it was the best interests of the child that should always be important.
There is a popular notion that there is a antipathy from the Church towards anyone who is homosexual, I did my best to point out that this is not so, that we try to see people as people, who are struggling to be Christlike and that everyone struggles with their sexuality. I did point out that Bosey is buried in the cemetery at Crawley's Catholic Church, I did not mention that Wilde spent his declining years moving to the Catholic Church and was eventually received into the Church but I did point out that people struggle with their sexuality like the characters in Brideshead, which I suppose is the great 20th century novel about people coming to understand their sexuality. I did say that we have problems with people defining themselves by their sexuality rather their humanity.
Errm, I always do my best to avoid the media, I was asked to do a thing on the radio recently which I laughed off and previously I was asked to do the Papal Funeral/Election, partly because I always think that other people might do better, when I get nervous I struggle with names and things, and in part because I think I might end up by getting myself into a public row, or get shouted someone else down or encountering a Paxman figure. Maybe I am just cowardly.
at January 24, 2007