"Revolting Attacks" against Christianity in Israel 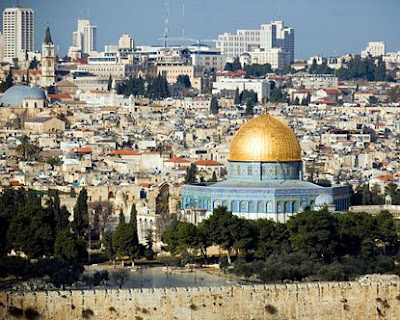 (Zenit.org).- Leaders of the Catholic Church in the Holy Land are condemning the "revolting attacks" against Jesus Christ and the Virgin Mary, broadcast by Israel's Channel 10 television.

A joint communiqué issued Wednesday explains, "In these days, during a night show on Channel 10, a series of horrible offenses were launched against our faith and consequently against us, Christians."

The communiqué was signed by the Latin patriarch of Jerusalem and the Franciscan custos of the Holy Land, among others.

"The show directed its attacks to the holiest figures of our Christian belief in an attempt, as the director of the show himself specifically declared, to destroy Christianism," the communiqué stated.

"Channel 10 was used to desecrate the holiest figures of Christianism offending hundreds of thousands of Christian Israeli citizens and of many millions of Christians all over the world as well," the Catholic leaders lamented.

The Catholic leaders contended that the program was "a symptom of greater problems disturbing the society, such as intolerance, refusal to accept and respect the other and inherent hatred."

And they said that the program comes in a series of attacks on Christians in Israel over the years. They cited an occurrence from a few months ago, when "copies of the New Testament were publicly burned in the yard of a synagogue in Or Yehuda."

The statement expressed appreciation for the many Christians, Muslims and Jews who "were themselves shocked and appalled, and expressed their dismay and protest at this fact."

The leaders contended that "such programs have nothing to do with freedom of expression, art and entertainment. They can only work against national integration and harmony in our society."
at February 20, 2009

Given what I have previously said about the Throne of David in relation to modern Israel, these attacks savour of high treason - or at least public sedition - as well as blasphemy.

These attacks on Our Lady are only the ones that are found in the Talmud.

Where's the international outrage over this?