Death of the Bishop of Shaanxi 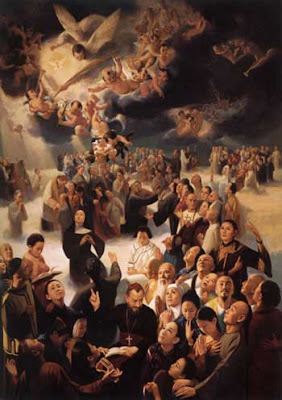 Bishop Bartholomew Yu was ordained bishop of the underground Church in 1981, following the ordination of the official Bishop LouisYu Runshen. The area of Hanzhong has a long tradition of radical communism and the Patriotic Association has always lorded over the life and activities of the Church trying to suffocate it slowly.

Mgr Bartholomew Yu was a witness of fidelity to the Pope, reviving the Christian communities around him. From the place where he lived, Gulupa (Chenggu), he helped give birth to numerous vocations to the underground priesthood as well as many unofficial female religious vocations, distributing their evangelising presence throughout the territory, especially in poor neighbourhoods and rural areas.

An important fact is that even the priests of the official Church, seeing that the patriotic Bishop Louis Yu did not dare to seek reconciliation with the Pope went to him for guidance and help in their vocation to live in obedience to the Church. Meanwhile, Mgr. Bartholomew Yu built a growing unity between the official Church and the underground Church through his friendship with the late Msgr. Anthony Li Duan, of Xian.

A turning point in the life of the Diocese of Hanzhong occurred just before the death of John Paul II, when Mgr. Louis Yu asked to be reconciled with the pope. A funeral mass for the late Polish pope was also a ceremony of reconciliation between the two bishops who celebrated the Eucharist together for the first time in decades

Father, that graphic is beautiful. Could you tell us a little about it?

Bill, It is the Martyrs of China, all I know.