Tablet on the Anglicanoram Coetibus 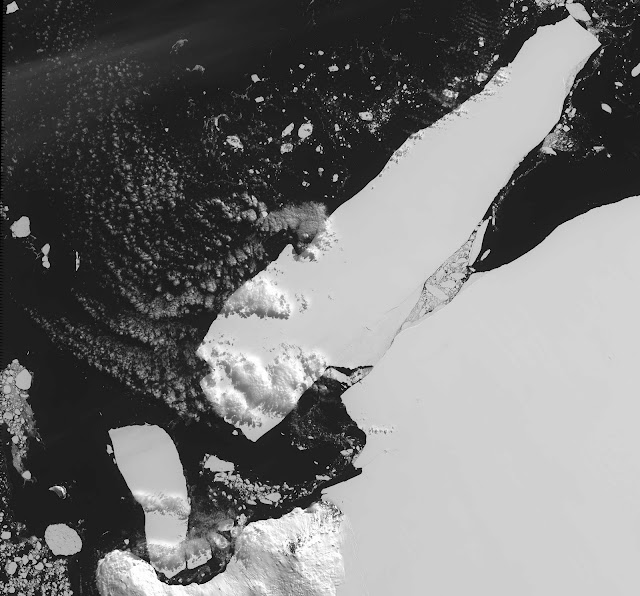 At the Congregation for the Doctrine of the Faith various Monsignori, I am sure are pouring over the dear old Tablet and what it says about the Apostolic Constitution, Anglicanorum Coetibus. Online there are three different articles knocking it. I wonder if the Tablet's naive Pope bashing will be discussed at the ad Limina?
An editorial: Which says that Anglo-Catholics ought to go through a process of RCIA, which would be life changing for them. Now that just illustrates Ms P's journals ignorance. The Rite of Christian Initiation for Adults, is precisely that a process of different Rites for the initiation into the Catholic Church of Adults, last time I looked practicing Anglicans had already been initiated, even allowing for defective or invalid sacraments, Anglicans have renounced the devil and accepted the Holy Trinity, they are already Christians Ms P!
Then there is piece by Nicholas Lash: Dear old Nick is complaining that the bishops, I think he means of E&W, and the Archbishop of Canterbury have not been consulted. I think what he was expecting was a Council or at least a Synod on this, something that would take five or ten years to organise, so long, that those pleading from adnission into the full communion would have died off by the time it met. I would hate to suggest old Nick is fixed in an Anglo-centric mindset but he doesn't seem to realise that of those wanting full-communion, most who will become Catholics are from the "Southern Cone", Australasia and the Americas. AC is primarily aimed at whole Churches coming into communion, an Episcopate, Presbyterate and Laity. Yes, it accepts that one or two C of E bishops and clergy, and even congregations might but it is not primarilly about the C of E.
I am not quite sure how Lash expected Dr Williams to have been consulted, I would have thought Rome would have thought him part of the problem, not the solution. Indeed what has brought this matter to a head is a lack of confidence in Williams' leadership.
Bobby Mickens also puts his oar in: he laments the lack of involvement of Anglican lay people in the government of the Ordinariates, here is a quote: This is a clericalised version of Anglicanism,” said the Revd Dr William Franklin, Academic Fellow at the Anglican Centre in Rome. He rejected the Vatican’s claim that this “opens new avenues” for ecumenism. “The offer seems to be a return to the philosophy of the 1928 encyclical Mortalium Animos [which] argued that the only road to Christian unity is for all to admit their errors and return to Rome,” he said
What the  Tablet does not seem to get is that this whole matter rests on a fracture at the centre of world wide Anglicanism, non English Anglicans had hoped that the centre of Anglicanism would somehow be neutral, above the ordination of female or openly homosexual bishops. The English Provinces' capitulation on these issues has undermined any claim that at its centre, despite other appearances, the Anglican Communion can claim to be both "Catholic and Reformed". This is an immediate crisis that needs an immediate answer.
For Anglicans "Catholic" has meant holding on, at least in broad brush terms, to "Tradition", that which has been handed on, those stable unchanging elements of Christianity. "Reformed" has meant being able to embrace and adapt to new things, in practice what the king or government or more recently what "society" might impose, it has actually changed from Protestantism to Liberalism.
What has now happened is the floating iceberg of Reform has drifted too far from the unmoving mountain of rock of Tradition. The changes in the CofE has meant it is impossible to have a foot on both stable rock and floating ice. What the Pope is doing is offering a lifeline to those who find themselves on the mountain threatened by an oncoming tsuanami. Those who once thought of themselves belonging in the Catholic Church but have found themselves tipped into the icey drink.
at November 14, 2009

What is actually needed is an Anglican Odinariate. We need Rowan Williams to welcome all thos Roman cCatholics who have difficulties with Authority and rigid doctrines to join the worldwide Anglican Church where th nobody would bother with beliefs but enjoy contemporary liturgies, and everybody respected one another`s right to believe whatever they want as long as they gave to the poor and supported socialist causes. The Tablet would well well in sucha Church.

The Anglicanorum coetibus that approached the Holy See to ask how they might regain communion with the Successor of Peter are surely the ones to have the right to say whether or not this Apostolic Constitution proposes articles that they can in good conscience follow. It is hardly within the competence of 'The Suppository' to tell the Holy Father what is necessary to be received into full communion with himself.

Fr Ray,
Surely if you look at the RCIA book it includes the rite for reception into full communion which is a ceremony these Christians of the Anglican Tradition would need to through. Their confirmation would certainly need to be held again on the grounds that an Anglican confirmation is invalid ( or in some cases where Apostolic succesion is possible, doubtful )
Give the Tablet a bit of slack, they say RCIA ( I havent read the article ao only comment on your piece ) but surely mean it in the same sense that most of us would mean it, that of a series of prepartory sessions or lessons for someone needing to be received. Even with the Holy Father's generous offer, some sort of instruction is going to be needed, just as we would at present with any Anglican wishing to come into full communion. The Tablet editors have merely used a shorthand, and while we know the full RCIA is for the unbaptised, the majority of us would use that title to mean the other rites contained within the official book which has that title, including those for Christians who are already baptised. It would surely be more unwise to suggest that no initiation rite ( and confirmation and first Eucharist are such ) is needed, or indeed that no instruction is going to be needed by those taking advantage of the provisions of the Apostolic Constitution.

Deacon, I don't think so. It is the Rite, not a course of instruction, of Christian initiation.
Ultimately acceptance of the Catholic faith is what is called for, signing the catechism, derided by Lash, seems to be one such demonstration of acceptance.
Presumably there will be a little mystogical catechesis on the meaning of this act. Though acceptance of Ang Coet might be all that is actually required.

I'd cut the Tablet some slack, too, Father on this one. I agree with the Deacon -- a single Anglican coming over would go through this as well as other Christians converting. It's pretty clear here that they mean instructions in the faith.

Granted some people wouldn't have far to go (and they'd have to be confirmed as well, as the Deacon points out.)

But we should be careful to see that the incoming are also on the same page with us as re: birth control, etc. We have enough cafeteria Catholics as it is!

Now if there were going to be a lot of Anglicans converting, then it would make sense to hold separate classes tailored to them -- because the instruction needed for Anglicans converting could be handled more efficiently that way -- in other words, you're not going to have to do a lot to convince them about 7 sacraments, etc. or saints, etc. -- something that might be quite conceptually alien to an out and out heathen, or even a Baptist.

Thank you for the links, Fr Blake.

I always love reading the mad logic of the Tabletistas in its unabridged glory.

so - Mr Lash tells us Vatican 1 was wrong and dreadful; can be disregarded; was political; etc etc

Of course Vatican 2 cannot be treated as anything but wonderful;infallible in every detail; and anyone daring to disregard it should be taken out and pelted with stale foccacia.

I can't argue with your logic or analysis at all, Fr Blake - although your geographical metaphors are getting a bit out of control - but I will put that, in charity, down to the influence of the storms you have been enduring today on the South coast.


This Christmas I am thinking of organising a whip-round to buy some toys for them, to replace the ones they have thrown out of their pram this week.

"On the same page as us re birth control"?! In most parishes this wont even be mentioned in the RCIA course, and if it is you are likely to hear a lot about "conscience" and a variety of snide remarks about "Rome" (always synonymous with reaction and certainly unable to understand "real life"). In fact, it is quite likely that a lot of Anglo-Catholics undergoing these courses must find themselves (as I'm afraid I did) confronted with "catechists" and "sponsors" who in fact are much less Catholic minded and take the Catholic tradition and catechism much less seriously than they do.

Of course there will be some adjustments for Anglo-Catholics, but they are likely to be more in the way of accepting concepts which are rather alien to their tradition such as "obligation" and "authority" - and those are things which can only be learned by being lived and practiced, and you can only do that once you're inside the Church which demands them from you.

I'm with you Father, giving the Creeds, the Our Father to people who have recited them for years is as daft as making them undergo the excorcism.
RCIA is for non-Christian converts not Christians, it is a Rite, not a course of instruction. Presumably once Ordinariates are established they will be doing the Receptions.

Because some RCIA programs aren't done correctly (and I've NO doubt you are correct on that point) still does not lessen the need for such instruction to take place. I don't care if you call it "RCIA" or "doo-wop-diddy-bob" these topics still need to be covered.

That doesn't mean you have to cover the Trinity, (unless someone is having a hard time with the "Mother of God" concept -- but as a rule of thumb you'd STILL need some catechesis! [Otherwise they'd have been Catholics....]

John, I think your idea is a great one. Those poor Catholics, clerics and laity, who have been languishing in the Catholic Church with all of its dreadful moral teachings and requirements would, I'm sure, jump at the chance to swim the Thames.