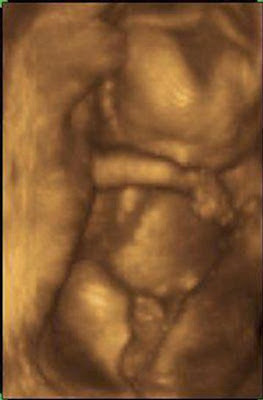 (LifeSiteNews.com) The British government has gone to court to prevent the publication of statistics on abortions of children with mild disabilities like cleft palates and club foot. The Department of Health has asked the High Court to overturn a Freedom of Information Act ruling that gave the Information Tribunal permission to publish the information.


The Information Tribunal is a government body that hears appeals under the Freedom of Information Act 2000. It ruled last month that the Pro-Life Alliance could review the abortion statistics.

Under Ground E of the Abortion Act, babies who are suspected of having a "serious handicap" can be aborted legally in Britain up to the point of full gestation. The Act does not provide specific criteria for physicians to decide what kind of disability is severe enough to warrant killing an unborn child.

Julia Millington of the Pro-Life Alliance told the Daily Telegraph, "It is a reprehensible waste of public money and court time to continue a fruitless battle to hide this information.

"A country, committed to transparency and openness, accepts and expects that the same principles apply to abortion as to other areas of healthcare practice. These statistics should be made public."

The Department of Health admits that at least 1900 babies were aborted last year under Ground E, but no longer gives a breakdown specifying the type of disability. This information has been withheld since 2005. When statistics were being released, it was revealed that between 2000 and 2001, nine unborn babies were aborted because of cleft lip and palate.

The killing of children with trivial deformities has come under scrutiny in Britain since it was highlighted by a female Church of England minister, Joanna Jepson, who instigated a legal challenge to the abortion of a 28-week-old child with a cleft palate in 2001.

Jepson wrote in an op-ed in the Daily Telegraph in 2003 that "more than 2,000 years after the birth of Jesus, was a baby unshielded and unwanted, deemed too 'defective' to live a meaningful life. It had no voice, and yet its death cries out to us all to reconsider the value and worth we grant to those who are weakest and most easily dismissed."
at November 19, 2009

Really, it's time to get out the lit torches and pitchforks in both our countries -- particularly against unelected bureaucrats -- the elected ones are bad enough.

Since when can a mere NUMBER reveal exactly which women have killed their own children? It's not as if anyone was asking for name and street addresses.

What's the government so afraid of?

More money down the rathole, kicking their little heels from letting the peons know what they are doing behind closed doors.

It's the same with "health of the mother." It really means that any woman who even says something like "I'm just gonna go crazy if I have a child" will be allowed to kill it -- some abortionist, somewhere, wants the blood money.

These are also the "earth is our mother-bunny-hugging-tree-hugging-save the whales" types, who squat in a tree for 5 years rather than see it cut down, -- the type who insist people are causing "global warming" -- a phoney science, who despite ALL real science would deny that an embryo is the beginning of a new life. IF they REALLY believed what they were doing was right, they wouldn't need the cover of darkness about the dirty deeds they've done.

How many more Acts of Parlament can be scrubbed round?

They squander MILLIONS on a load of meaningless twaddle and any smart-aleck can can completely discount it.

All these "democratically elected" and the other lot are only there to FILL THEIR BOOTS .

So much for freedom of speech and information. What are they hiding, abortion is a regular occurence in todays culture, why all this secrecy. I don't believe it has anything to do with the identity of women. I think they don't want anyone to find out that for every abortion of a child with a suspected 'serious handicap' ten others are aborted who are perfectly 'normal' so that no handicapped child gets through the net.