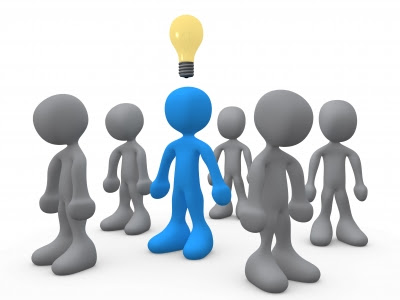 Last week I was asked to take part in a television programme called the Big Question (to which small answers are made) fortunately I have better things to do on a Sunday morning. Who except a self publicist would want to take part in this sort of bear pit? Shouts and heckling really do make good television but not good debate: heat but no light. Taking part in these things really does little to further an understanding of the faith.
Yesterday the Holy See announced the reform of the study of philosophy, in Paris it has been announced there will be a Forum for Atheists and Gentiles, the Court of the Gentiles, it follows on from Pope Benedict's speech to the Curia in 2009, and the themes he took up at Westminster Hall. I am sure Assisi 3, will continue in this vein.

The trouble is that most people don't think or question, this seems to have been the great sin of the Pharisees. Most atheists seem inoculated against thinking about either beginning or ends, personal or cosmic. A few years ago defining oneself as an atheist was quite rare, most non-believers would define their beliefs as agnostic because they lacked sufficient knowledge to judge between a rational presentation of arguments for or against God.
I don't know if it was Dawkins or someone else who first spoke of the "Sky Fairy" but even for intelligent atheists, that, or the "old man with a beard", seems to be the assumption that this what we understand by "God". Sometimes I suspect it is actually an image many Catholics, even after 12 years of Catholic education in one of our schools, are comfortable with and are not willing to counter. It is blasphemy!

I love Aquinas's "... and that we call God" at the end of each of his Five Ways, he doesn't say that the Cause is God but that it stands as a metaphor for God. As the Pope called recently for us to find new parables for a contemporary world, so we need to find modern metaphors for God and a new language to speak about God. The great gulf that seems to exist between the world of the Arts and the world of Science, also ghettoises religious thought. Catholic intellectuals need to enter into dialogue with Art and Science, if only to rescue them from fundamentalist brutalism of Science and Art that tends to remove wonder and beauty, reducing both to a travesty of egoism; Dawkins' "Self Gene", Emin's "tent" or "room" seem to epitomise a world view without hope or future or joy or wonder.
As Emin herself said of one of her installations, "It is what it is". That statement reflects the bankruptcy of modern western culture which lacks any big idea, except to cut itself off from its roots. It what it is, in all its superficiality.
The world needs Catholic thought and ideas if only to offer a vision of what man truly is, or at least has the capacity to be.
We really do need to start by re-Evangelising the world of Ideas.
at March 23, 2011

One of the big issues for me is how traditional metaphysics is seen as irrelevant in science. It is extremely difficult to teach my children Transubstantiation based on a metaphysical model these days. I just end up saying there has been a real change.

I was looking out, to see if you were there and for Lawrence, on Sunday, whilst watching the programme!

Just a couple of thoughts... I told a new "friend" the other day that I was Catholic and she said "No?? But you seemed really cool". I don't particularly relish being "cool" and will not be heartbroken if it transpires that I'm not, but the assumption was that being a Catholic or anyone of an active faith, was somehow boring, dull, geeky.
My neighbour's little girl is a very bright eight year old whose mother is Catholic. She asked me if I thought my late Mum and Dad were in Heaven, so I thought I would have a little discussion about God with her. Apparently, she can confirm that she expects to see God when she dies, because he is for dead people. I pointed out that I believe in God and talk to God and am clearly still alive and kicking. She thought about this for a while and then reasoned with me that I probably go to church or talk to God now because I know a lot of people who have died. I found it incredibly sad. And she is a lovely, thoughtful child.
I don't know that we need to find new words for God, but we need to emphasise the real, worldy presence of God. Faith can be very sensory-rich. Faith can be as strong and as tough as steel; it doesn't have to be arty-farty or indeed airy-fairy.
It's odd that so much of popular culture revolves around "love" and yet shies away from Faith or God.
Erotic bakery? This far into Lent I am virtually asking treacle tarts and sticky toffee cakes in Sainsburys if they will wait for me.

But Father, did you not lose a chance to evangelize to a larger audience? You can hardly rip the so-called self-promoting when on another scale you yourself have a popular blog. Rest assured the producers will find someone to fill *your* slot. By saying 'something can't be done' in X venue, you will perpetuate it NOT being done in X venue.

goto,
BQ, evangelisation doesn't take place there, it is about shouting preconceptions, not dialogue.

But it's about 'shouting' now because that's what they've done. Change it.

The last comment in the VIS report about the value of non-Christian philosophy is central.It is a little-noted, but crucial, part of Pope Benedict's reforms that he encourages greater awareness of other views in places of Catholic higher education. There is a crucial difference between prejudice or laziness of faith and a mature religion. The latter takes opposing views seriously, recognising their merits (after all, Richard Dawkins is absolutely right when he argues that God fails as a scientific hypothesis, and it is at least arguable that if we do treat God as a scientific hypothesis, we are guilty of idolatry). The very fact that there is a very good case to be made for atheism is surely an encouragement to a proper humility in faith, to recognise frankly that there are questions to which our answers are, sometimes, inadequate approximations. (The late D.Z. Phillips remarked that inadequate theodicies frequently simply added to the evils in the world).

Within the Church, it often seems as if knowledge is claimed which we cannot possibly have: we do not know the mind of God, and need the humility not to assume we do. And we need to avoid a habit of mind which tries to answer profound philosophical questions with bland assertions of faith. I hope the latest announcements move us in that direction.

Michael1,
I agree with you about Benedict's reforms, but I think he would be cautious about dialogue as we had with Marxism in "Liberation" theology.

Dialoguing but remaining faithful to Revelation, is a delicate balancing game.

The world needs Catholic thought; so where are the Catholic thinkers? Who are they?
In my circles (I work in the arts) it is generally acknowledged that the last word on Catholicism was delivered by Stephen Fry in that awful Intelligence Squared debate. What was our response? Where were our theologians; our philosophers? Try googling for a Catholic response to Fry's (High School level) arguments! There's hardly anything there.
With all respect to the Holy See, all the philosophy courses in the world won't matter a jot if it just means more, harder exams.
The gospel has to be proclaimed in the public square as well as the library.

It does indeed. But unfortunately even the Catholic Church doesn't seem interested in Catholic thought.

If there is an intellectual life in the Church, particularly in England, it keeps itself very hidden.