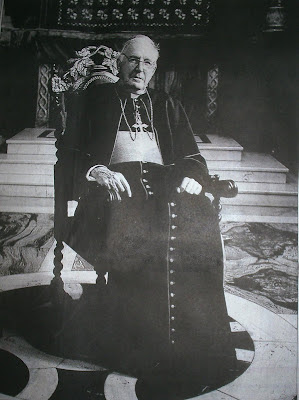 I as a catholic and a mother, stronly agree with the church.We can no afford to leave kids/children in the hands of gay couple,what moral impact are they going to learn.Let us all ponder on this issue.

Closing down Catholic adoption agencies is precisely what not to do. We are soldiers of Christ, and as such we are not to yield territory unfought. That by definition would be to lose the battle.

The Sexual Orientation Regulations are in the greater part of their measure unobjectionable, for no one is saying that people should not be served in a supermarket or garage just because they are homosexual.

What is objectionable is that the Regulations, unless fought in the courts by means of the Human Rights Act (Freedom of conscience), could also be used to implicate Catholics and others with similar religious beliefs in the the unconscionable promotion of extramarital sexual activity or a lifestyle centred upon it.

Legally, the fact that these measures are Regulations means that they must yield to the provisions of an Act of Parliament with which they conflict. If the courts perversely do not concur, then it falls to us to fall back onto the last argument at our disposal. In the Soviet Empire the last argument in favour of Communism was the Soviet tank. The last argument for our case is the Last Judgement, and at that point it is time for us to become more courageously imperious about the claims of our faith.

The Church did not close down her own monasteries just because King Henry VIII told them to - he had to do his own dirty work.

Similarly today, if Catholic adoption agencies are to be closed, let the civil authorities do so themselves, and let us dare them to persecute!

Michael I think I agree with you. I feel that we should continue to aid the adoption of these children for as long as we can until the agencies are closed down or perhaps vindicated in a court appeal. as always the solution must be prayer!