Geopolitical epicentre of the culture of death 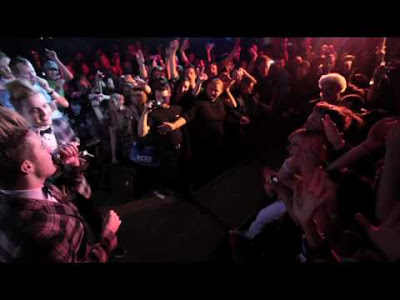 Google "hedonistic wasteland" and you get 6,500 entries, most of which are a reaction to Edmund Adamus's interview on Zenit. The purveyors of the hedonistic wasteland are objecting strongly.
Adamus is the director of pastoral affairs in the diocese of Westminster and the pastoral adviser to the Archbishop of Westminster, apparently His Grace is distancing himself from Adamus' remarks, well as they used to say in Brum, "You have to take the smooth with the smooth with Vin". I am not criticising, an adviser is there to advise and after taking advice Bishops should make their own statements.

Adamus blamed Parliament for allowing the country to become "the geopolitical epicentre of the culture of death".
Here are some quotes:


"Whether we like it or not, as British citizens and residents of this country ... Britain, and in particular London, has been and is the geopolitical epicentre of the culture of death."

"...the most permissively anti-life and progressively anti-family and marriage, in essence one of the most anti-Catholic landscapes, culturally speaking – more even than those places where Catholics suffer open persecution."

The Church needs to "exhibit counter-cultural signals against the selfish, hedonistic wasteland that is the objectification of women for sexual gratification".

He said "permissive laws advancing the 'gay' agenda" were one example of how Britain had become such a "wasteland".

Dull ol' Liberals like Ma "P" might go round suggesting that the default position in most parishes is quiet acquiescence to the status quo but I find it exhilarating that the diocese of Westminster employs people like Adamus, not every employee of the Bishop's of England and Wales is an Oona Stannard or a Greg Pope.
at September 03, 2010

Adamus' remarks are true, courageous,and spiritually liberating. Has the equivalent effect on the soul as a large double-whisky 'after a bad day' - has on the body.Invigorating and exhilarating! God bless Adamus and all those with his courage and faith.

Things must be bad because Edmund is a model of diplomacy & restraint ordinarily. It takes a brave man to speak up. I hope he receives support.

Yes, I applauded Adamus’ forthright remarks, but couldn’t find much comfort in ++Vincent’s ‘distancing’. This is reminiscent of the case over here where a parish priest also spoke out forthrightly on homosexuality, only to have his bishop cut the ground out from under him by ‘distancing’ himself from it.

It is not a good sign for the Church when some in the hierarchy appear to take their positions from the media instead of from the Gospel.

You call out other people Father, but you should have corrected Hestor for calling me out for not being clever enough. As far as I know, the Lord won't call me out, on that particular failing. She or he, totally reduced me, saying.... "Trust shadowlands to defend the banal and inane" Bet you all had a good laugh. But at who's expense? And you reckon God is laughing alongside? Mmmm?

Adamus for Cardinal! Being married I suppose he cannot be a bishop?

I'm sure that Mr Adamus will receive support from faithful Catholics.

Whether he gets it from those in authority is a different matter. I feel that he needs our prayers.

In my, admittedly limited, experience bishops only smack Faithful Catholics.

I like Edmund Adamus. I am proud to call him a friend of mine. He is a kind and holy man, an exemplary Christian, if I may say so.

I remain proud of him while I deprecate those who have thrown him to the wolves. His Grace shouldn't take the advice of Court Catholics. These people don't actually know what they're talking about.

Shadowlands, Where has he been rude? I often don't notice -not deliberately.

I noticed it Shadowlands..perhaps you & I are particularly sensitive.

When I was sticking up for 'shine Jesus shine', and a few others have had a go, while we're on the subject. All I was trying to say, was it must have been out of love for our Lord that, that song was written.Just because some of us have never even been to the opera(I haven't...yet). I don't mean you Father, but serious;y when are we all going to start getting excited? The Holy Father's due in less than a fortnight!! Let's celebrate!!

Wasn't Edmund Adamus a priest of Salford diocese and Bishop Kelly's secretary who left to marry? I thought canon law forbade former priests to have any role in directing pastoral affairs?

The Truth is a naked Lady,
And the Bishop a gentleman.
When he sees her, he looks (and walks) away
As fast as ever he can.

Disappointing episcopal response. Perhaps they would've been more supportive if he'd publicly made offerings at pagan altars, or denied the importance of heterosexual parenting, or encouraged unrepentant sinners to receive the Eucharist, or... well, you get the picture.

I dislike the SSPX's attacks on legitimate authority, but it's hardly surprising that they don't seem to struggle to find supporters.

Good man Mr Adamus. There is nothing so refreshing as the truth spoken.

Wasn`t Father Adamus simply stating what are the facts ? The simple truth ?

Let's see if the Pope "distances" himself from the broad sweep of Mr. Adamus' views when he is over here.

Janet, you make a good point. Mr Adamus is skating on rather thin ice.

@Janet Reeves: Given Terry Two's comment, your question was evidently not an innocent one.

I wonder in passing whether you're anything to do with that Reeves who's a member of a notorious pretend Catholic group. If you are that would explain the nature ofyour intervention.

This is Father Ray Blake's (excellent) blog so I can't be as blunt as I would be on my own one but let me put it this way.

1. Your comment was a transparent attempt to get at Edmund Adamus. Well that aint gonna fly, not with me around, it won't.

2. Edmund Adamus did nothing more than articulate basic Christian principles. If you don't like them your problem is with Christ, not with Adamus.

Red Maria, I am shocked at your outburst and at your presumption as to my intentions. In any rescript of dispensation from priestly celibacy and all obligations deriving from Sacred Ordination the following provisio is always included: The petitioner may not discharge any directive office in the pastoral field or act as parish administrator. I was simply asking how someone who has been giving such a dispensation managed to obtain a position directing pastoral affairs for the Archdiocese of Westminster given such a clear instruction from the Congregation for Divine Worship and Discipline of the Sacraments. Don't forget that the rescript is issued in the name of the Holy Father, and that these are his instructions.

Janet has made the same point on at least one other blog.
However, you cannot whittle away at the truth, whoever speaks it.

Oh Janet please !
Mr Adamus is a pastoral adviser.
You are a diocesan representative: Someone who should know better than to proffer perfidious pharisaical pseudo-pedantic prolix against a fellow member of an ordinary's executive.
Were I Mr Adamus I should expect a public retraction and apology for your grossly offensive, amphibolous and donatistic error.