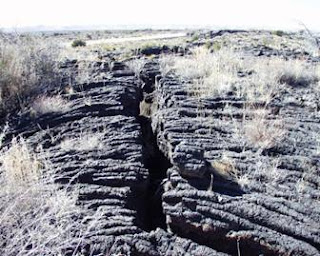 There was an interesting programme on Radio 4 this morning The Pope's British Divisions, it concentrates on that, divisions.

I think it is a rather fair picture of the Church, Mark Dowd, a gay, a former Dominican novice, presents a programme which shows the Church which is confused. The picture is very much one of cafeteria Catholicism, there is report on the Soho LGBT Mass, a disturbing interview with a Fr Joe Wheat, Bishop McMahon's Youth Service chaplain, there is also an interview with Fr Tim Finigan over the introduction of the EF in Blackfen and the disgruntled Liberals in his parish.
The interest picture is that which emerges from the interjections of Archbishop Nichols, trying to do, in part, what most Archbishop's should do: hold the Church in unity but you also get the impression he is waiting to see where the wind is really blowing.

It really presents the Church as being on the brink of something, what is not clear but then that is the state of the Church here.

OK there are divisions but we're not a mass of splinters like the CofE. Has the Church ever been a monolith?

And why is Mark Dowd always presented as "former Dominican novice"? If I'm not mistaken he was with the OPs around a year. I don't describe myself as a former seminarian and I was one for longer than that.

Crux,
There is whole professional class on the edge of the Church of "Exes".
I am sure we will hear from professional ex-nun, Karen Armstrong, sometime soon.

"I am sure we will hear from professional ex-nun, Karen Armstrong, sometime soon."

She has been remarkably quiet recently, hasn`t she ? Perhaps to her credit she doesn`t like the company of Tatchell, Dawkins, Robertson and that ilk ?

The BBC are pulling out all the stops at the moment.TABLET is top of the Hit-Parade and Ms Pipistrelle keeps piping up.

One would think that the only escape was with the Afternoon Play,but that was not to be,another load of garbage propaganda.

The establishment is determined to get back to HEATHENISM and then we can all go back to eating our own young and each other.

Would it be fair to describe the professional Ex's especially those who were solemnly professed/Ordained/Both as traitors to their vocations?

JAMC,
No, calling someone a traitor is a bit strong, that is for God to judge not us but some ex-priests, ex-nuns can do a great deal of harm especially in Catholic education.

...and Lavinia Byrne is creeping out of the woodwork spreading complete and utter balderdash in her wake (the Vatican burnt her book you know).
Christine Odone joined the throng also, not so much an ex nun as an ex Catholic but she does not think so.
How can these people who seem to abhor most of the truths and teachings of the Church call themselves Catholics?
If you don't obey the rules you can't be a member of the Golf Club!

Oh, that all those liberals would read Apologia pro Vita Sua!

Or at least my paper on it.

The one I'm presenting this evening at the Cassidy Centre.

Ok Father I take it back, I must say though that I can't understand why any Priest/Religious would want to throw in their vows.

I have to admit that this programme wasn't the hatchet job I feared... and they kept my best quote!

"Truth is not subject to a majority vote"

Who was it said we are to "recognize dissent for what it is, and not to mistake it for a mature contribution to a balanced and wide-ranging debate. It is the truth revealed through Scripture and Tradition and articulated by the Church’s Magisterium that sets us free." ?

Archbishop Nichols was misleading listeners about the Soho Masses. He has received irrefutable evidence that the Masses are being run by and for those who openly oppose Catholic teaching on homosexuality. Past and present members of the Soho Mass Committee have identified themselves as either practising homosexuals; in 'marriages', civil partnerships or same-sex relationships; openly opposed to Catholic teaching on homosexuality and related issues (such as homosexual adoption and AIDS prevention); or affiliated to anti-Catholic, pro-‘gay’ groups, such as Stonewall. Not one has stated that they fully support Catholic teaching on homosexuality. Some of the Soho Mass committee have been proven to be instrumental in campaigning for anti-Catholic, pro ‘gay’ legislation, regarding civil partnerships, the adoption of children by homosexuals and so-called ‘equality’ legislation, which threatens the very freedom of the Church to speak out on moral issues. Archbishop Nichols has been made aware of all of this and has been shown indisputable evidence. Three factual articles on the Soho Masses can be found at:-
http://www.christianorder.com/features/features_2006/features_junejuly06.html
http://www.christianorder.com/features/features_2007/features_may07_bonus.html
http://www.christianorder.com/features/features_2007/features_nov07.html
A fourth article for Christian Order on the Soho Masses is in the pipeline.

I was a mixture of amused, horrified and heart-broken by the schoolgirl who said:

'The best thing about being a Catholic is you get to pick and choose what to believe'.

Who is teaching these children? They have committed a gross dereliction of duty, and have much to answer for.

I'm Glad to hear that Mac! but I will say this the interviews from Pluscarden and Inverness (Aberdeenshire indeed! another example of Mr. Dowd needing to do his homework) Many of my friends were interviewed and What I heard was selective at best they were severely edited and not in a good way.

I was rather intrigued by this programme, which I listened to this evening. It was not so much balanced, as resigned.

I noted the usual tricks i.e., that virtually all the lay people interviewed were liberal etc. Mark Dowd believes, I suspect, and hints that other liberals believe, that their moment has passed.

What surprised me was that we"traditionalists", are seen as such a threat to the to their new reformed catholic church. I thought we were a tiny minority with a faint voice, but then as someone wiser than I has noted, minorities can be influential.


* ps, I'm not really a traditionalist, just a bog standard, card carrying, member in the pews, trying to practise the Holy Catholic Faith of Peter and my ancestors.

I caught the very beginning of the slot on Woman's Hour this morning: Jenni Murray introduced the two interviewees who were going to talk about why "they were still faithful". You can probably predict who these faithful Catholics were: but if you're feeling intellectually challenged, I'll tell you: Lavinia Byrne and Christina Odone. Wouldn't it be lovely if, just for once, they'd feature a, well, Catholic.

Thanks you Father for including the blog by Ches. I had feared that The Sensible Bond was gone completely.
JARay

Another thing to think about is that Catholicism is not taught properly anymore,when it is it is by the likes of some of those who seem to be getting all the air-time.

When religeon ever comes up in conversation and the subject of contraception or abortion comes up somebody always says "oh well you don't have to go along with that".And this sort of thing comes from people who never miss Mass and take Communion at every opportunity.

It is also very rare to even see people genuflecting in church.Respect is not even taught.

Not in my part of the world. Although quite a few do it on the left knee!

Father,
You can't be a gay, you can just be (or are) gay.
Same way as you can't be a black, just black.
Saying 'a gay' is really a bit insulting in the manner of Little Britain.

A Catholic,
What is Little Britain?

Little Britain... the only gay in the village. Even you must get that popular cultural reference? I can lend you the DVD set (or look up on utube) if you haven't!

So, adopting this logic, does this mean that you can't be 'a Catholic'; you can just be (or are) Catholic?