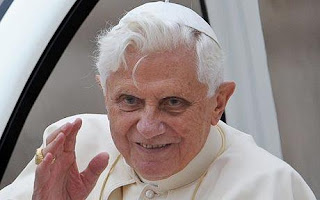 I thought you might be interested in this Theos survey, although there is apathy people seem to not only agree but agree strongly with the Pope.


Strikingly, the Theos research reveals that whatever the public thinks about the Pope's visit, they agree with his social teaching. In the poll, people were asked to comment on whether they agreed or disagreed with a series of statements contained in the Pope's third encyclical letter, Caritas in Veritate. Twelve representative statements, taken directly from the letter, were tested and a significant majority of the public agreed with eleven. For example:

82% of people agree that 'technologically advanced societies can and must lower their domestic energy consumption' (CiV, #49). 79% agree that 'the natural environment is more than raw material to be manipulated at our pleasure' (CiV, #48).

63% agree that 'investment always has moral, as well as economic significance' (CiV, #40). 69% agree that 'the consumer has a specific social responsibility' (CiV, #66).

A majority of the public even agree with Catholic teaching about sexuality, with 63% agreeing that 'It is irresponsible to view sexuality merely as a source of pleasure' (CiV, #44). The only statement people disagreed with (81%) is that 'Poverty is often produced by a rejection of God's love.' (CiV, #53)

Commenting on the findings of the research, Director of Theos, Paul Woolley said:

'The British public clearly has a problem with the funding of the papal visit, although this could be because they are unaware that in addition to being a religious leader Pope Benedict is also a head of state.

'It is only a relatively small proportion of people who are actively opposed to the visit itself. On the whole, the public is more disengaged than hostile.

'What is really striking is not simply that the public tends to agree with Pope Benedict's social teaching but that they agree so strongly.

My thanks to Peter for sending it and his son for finding it.
at September 05, 2010

Yes, it is a great pity that there is so little publicity in the media about the Pope's social teaching.

Regarding the Pope's visit I have read two conflicting views about the possibility of the Pope being arrested.

One website writes that a Law expert states that a person would be allowed to take out a warrant for his arrest.

Another site states that the Pope has diplomatic immunity thus making an arrest impossible.

They cannot both be correct.

We lay people need to study that document, preferably as a small group. A task for the autumn, methinks.


Sad thing is that if the bishops "conference" had stood squarely and resolutely behind the Pope and his teachings in 1535 the reformation would never have happened, as I suspect HVIII would not have dared take on the whole lot of them.

Again it would help matters immensely if Catholics in this country stood resolutely and squarely behind the Pope, as not doing so allows him to be portrayed as leader of conservative faction in an institution that needs **reforming** to make it relevant to the modern world.

Seems quite a few things have not changed all that much since 1535.

Arrested for being a Catholic, and worse a Catholic whose faith is not private and kept out of the way. You know that old saying about having enough evidence to convict you of being a Catholic....

The media in this country have two great problems with Benedict; first he is a Catholic and second he is German.

Funny how the cost of the visit is an issue which it never was when, to give two examples, Obama and Sarkozy were here. Are the public aware that the visit is not being made at the behest of the hierarchies of England & Wales and Scotland and that it was HM the Queen who invited His Holiness? Perhaps if this were made clear the results of any poll would be somewhat different.