Orthodox Prepare for a Pan-Orthodox Synod 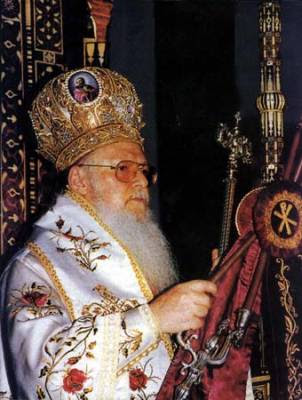 I think this might be of some significance, we'll see. There are significant problems in Orthodoxy at the moment between Constantinople, Moscow and Athens.

The spokesman of the Patriarchate made this announcement on Monday in Istanbul. The Ecumenical Patriarchate of Constantinople wishes to resolve the tensions within the Orthodox churches with a substantial church meeting. Accordingly this year, two preparatory meetings are planned. The aim is to provide the theological foundations for a "Pan-Orthodox Synod" .

The first conference is scheduled for June in Cyprus, the second in December at a location still to be announced.

The initiative is comparable in value to a council. The Ecumenical Patriarch Bartholomew I received support in October 2008 from all the Orthodox patriarchs and archbishops of independent national churches for this summit, including the Russian Orthodox Patriarchate.

1. The Orthodox diaspora, where the jurisdiction over the Orthodox flock beyond national borders will be defined. According to the canons now in effect, before the growth in the phenomenon of emigration the faithful outside of their home country belong to the ecumenical patriarchate.
2. The manner of recognizing the status of autocephalous Church. 3. The manner of recognizing the status of Church autonomy.
4. Dypticha, meaning the rules of mutual canonical recognition among the Orthodox Churches.
5. Establishing a common calendar for feasts. For example, some Churches celebrate the Nativity on December 25, others 10 days later.
6. Impediments and canonicity of the sacrament of matrimony.
7. The question of fasting in the contemporary world.
8. Relationships with the other Christian confessions.
9. The ecumenical movement.
10. The contribution of the Orthodox in affirming the Christian ideals of peace, fraternity, and freedom.

Presumably one issue that will also be discussed is future of Constantinople Patriarchate itself.
at March 23, 2009

looks like vatican2 is coming to an orthodox church near you soon!

I’m getting feelings of déjà-vu.

Just scanning that list of 10 points, I can see the words “contemporary world,” “relationships with the other Christian confessions,” “peace, fraternity and freedom,” “common calendar” and “Church autonomy”. In other words aggiornamento, ecumenism, justice and peace, changing the liturgy and collegiality.

The Spirit of Constantinople II?

The Divine Liturgies will NEVER be changed, like the Roman Mass was changed. The Orthodox tried it in the past, and it failed!. Unlike Rome!. Far from a Vatican 2. If there is any ecumenism, it will be between the Eastern Orthodox and Oriental Orthodox.

They really do wear just the spiffiest hats, don't they?

Let the Orthodox synod discuss these things, by all means, but let them beware the false spirit of Vatican II.

Is this going to be "ecumenical"? If they're the whole "orthodox" chuch, then presumably in their eyes this is essentially a General Council by another name.