Pope Asks for the Prayers of Angels 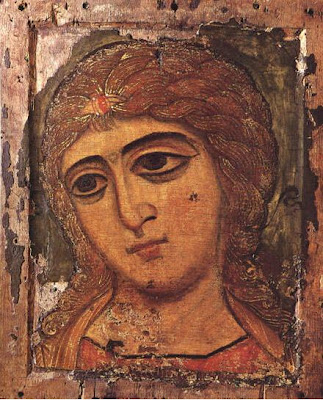 [Christ], who did not sin and cannot sin, submits Himself to the test and due to this is able to share in our infirmity (cf. Hb 4, 15). He lets Himself be tempted by Satan, the enemy, who opposed the salvific project of God in favor of men since the beginning.

Almost in passing, in the brevity of the account [of the Temptation], before this obscure and dark figure which dares to tempt the Lord, appear the angels, luminous and mysterious figures. The angels, the Gospel says, "served" Jesus (Mk 1, 13); they are the counterpoint to Satan. "Angel" means "envoy". Throughout the Old Testament we find these figures who, in the name of God, aid and guide the men. ...

The angels serve Jesus, who is certainly above them, and His dignity is proclaimed here in the Gospel in a clear, though discreet, way. In fact, even in a situation of extreme poverty and humility, when He is tempted by Satan, He remains the Son of God, the Messiah, the Lord.

Dear brothers and sisters, we would remove a notable portion of the Gospel if we forgot these beings sent by God, who announce His presence among us and are a sign of Him. Let us call upon them often, so that they may support us in the effort to follow Jesus to the point of being identified with him.


Let us ask them, in particular today, to watch over me and my coworkers in the Roman Curia, who this afternoon, like every year, begin the week of spiritual exercises. Mary, Queen of the Angels, pray for us!
Benedict XVI

Could you tell a little about the icon? Is it of St Michael?

I will pray for the repose of the soul of your father at Mass today.

Icon is of the Archangel Gabriel, "Of the Golden Locks" ("Златые власы") from Novgorod, 12th-century now in the State Russian Museum, St Petersburg.