What the Pope should have said 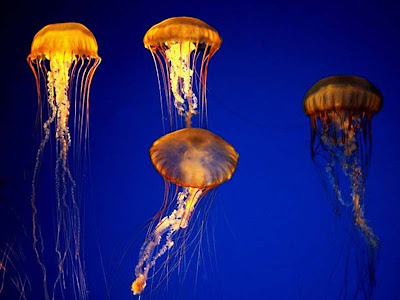 We had a little party tonight after Stations of the Cross with the Stabat Mater in Latin and Benediction, we also sang the Litany of St Joseph. Afterward we had a bit of a party.
Everybody was horrified by the Pope's treatment in the press. Why should the Catholic Churches teaching on condoms be so shocking? Maybe because, we priests and bishops don't speak about it often enough.
Someone suggested that if the Holy Father had suggested that condoms were bad not because of the damage they do human sexual ecology but because as they are not biodegradable, if they disposed of at sea they lodge in the guts of baby turtles, dolphins and whales, who eat them think they are fish and if they are disposed in city rubbish tips lion and leopard cub might eat them with the same consequences.
Posted by Fr Ray Blake

Many years ago I saw a little pocket of the River Tagus in Lisbon which was totally covered in floating, used, condoms which had clearly been flushed through the sewage system. They were not going to degrade at all but eventually they would be carried out to sea. This was at a time when the sale of condoms was prohibited in Portugal. It was said that they were freely available from the street vendors of lottery tickets. I never checked that bit out but I would guess that it was correct..
The Telegraph today has an article saying that Vatican "insiders" consider the Pope as a "disaster". This comes from The Telegraph's Rome correspondent.

I remember reading somewhere that There's some sort of woman's contraceptive that eventually does get back into the ecosystem. Male fish are taking on characteristics of female fish, etc. I'll have to google it, but there was something about MEN'S estrogen levels raising.

These things are just *not* *good* for anyone.

Ah, here is the article. [Or one of the articles that's been around the internet on the topic.

Frightening implications. It would explain Congressman Barney Frank for one thing though.

Well, if the Holy Father had said that, he would be feted on as a man after Greenpeace's heart.

"The Pope is Green! Three cheers for the Pope! Now this is a man who knows how to care for the environment!" (never mind the care of souls, of course......)

What a sad, pathetic world we live in now.

Finally, something the Bishops Conference can really stand up for!