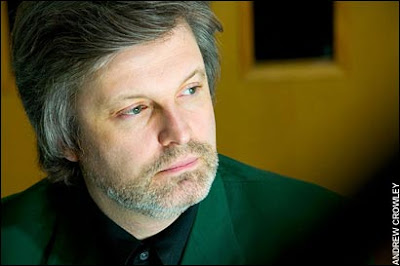 In his Spectator column this week Rod Liddle explains that the internet is an anarchic expression of democracy that has provoked "self-important, narcissistic, blank-headed liberals" into an apoplexy of fury and whining. "The democratic nature of the internet, championed by all the metro-liberal hags and slags of Fleet Street for 'giving ordinary people a voice,' is suddenly a hideous infraction of human rights when the guns of the public are turned upon them. Get a grip, will you."

This analysis came jumping to mind on reading your ludicrous editorial "Voices from the lower depths". Your overheated and spiteful caricature of Catholic bloggers as 'right-wing, polemical and vituperative' does not reflect well on you. I have just agreed to write some music for the ordination of one of these young bloggers - a level-headed, intelligent and generous Dominican novice. No Catholic blog is the same - a wide range of political opinions are palpable, but they are generally bored and fed up with the Tablet's constant whinging and bitching about the Holy Father and the great orthodox teachings of our Church. The bloggers that appal you so much are united in an obvious love and pride for the counter-cultural challenge of being Catholic in the modern age. No wonder they feel shame that the nominally Catholic Tablet shows no evidence of a similar love or pride. The Tablet seems out of touch, not just with the new enthusiasm for faithfulness and tradition blossoming in the Catholic world, but also out of step with the new participative media technologies.

I read a description of your recent Tablet annual lecture (probably on one of these 'anarchic and unruly' blogs you've been spluttering about) which said that "most people there looked like they only knew what a mobile phone was because they'd been given one by their middle-aged children in case they had a fall." In other words, you are becoming a laughing stock. As Rod Liddle says, "Get a grip, will you."

Another beauty of the blog. I've read the original letter on HS and here. Tomorrow we will be able to see whether 'the blue pencil' has been employed, and if so, in what particulars.

I find it unlikely they will print the full letter. If they do they are willing to be criticised, a sign of a great publication...I will respect The Tablet more if they publish that letter.

Excellent letter,lets hope they've got the naus to print it and take note.

The Garbage Press have had free license to print what they like for far too long so they are extremely upset by bloggers and are losing readers.

They have destroyed lives.

This is getting interesting, let the debate begin...

Oh, wow. Will The Tablet really have the nerves to publish it, though?

I, too, have always liked James McMillan and now I like him even more

How about this for a T-Shirt slogan:

By the way, I completely agree with James's sentiments.

Bye-bye Tablet... hoisted by their own petard no less. Poetic justice.

Well they didn't print it after all.Damian Thompson has torn them off a strip in the Telegraph.

MacMillan's letter is in The Tablet - and in full. I've just read it.

Great stuff - btw whatever "wing" in a political sense you are, you can still be a Trad Catholic!

The guy omes across as a total nutter, I'm not surprise The Tablet published it. It just proves the points made i their editorial last week.
There also looks like there is an interesting article this week on the history of the latin mass from vatican2 to SP. I havent had a chance to read it as i am away from home and therefore dont have acces to my delivered copy yet. Fr Mildew seems to think it is rather good.

Sorry big benny, but it's not James MacMillan that is 'coming across as a total nutter'.....

See these Christians how they love one another :D