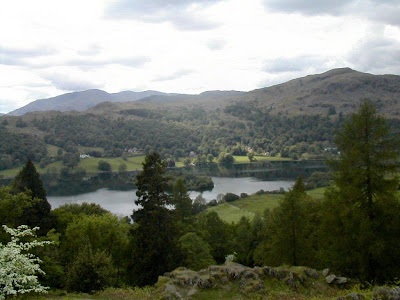 Why does a "Catholic" newspaper choose to publish certain letters?
A priest friend showed me a letter The Tablet from a woman in Lower Grasmere, Cumbria, apparently their priest wasn't able to come and say Mass in their Church one Sunday and apparently there was only one Consecrated Host in the tabernacle, various sensible suggestions were made such as Liturgy of the Word with a period of Exposition / Rosary etc but they chose this instead

[someone] said, "Jesus said, "Do this in memory of me" We asked her what she had in mind and she explained.

Having listened to the readings

The eucharistic ministers [the term is ministers of Holy Communion] placed sufficient altar breads, the chalice with wine ...on the altar... Then, in unison, we read the second Eucharistic Prayer. We said the Lord's Prayer, exchanged the sign of peace and shared Holy Communion. The ministers cleaned the sacred vessels and we prayed for God's blessing on each other before leaving.
....

So what was Ms Peppinster's purpose in printing this? Possibly to embarrass the local Bishop, the redoubtable PO'D, in his last few weeks in office, if that was so it was very snide Ms P, or to highlight a shocking parody of the Mass or the poverty of catechises amongst its readership or to encourage this sort of aberration, what is called lay presidency in Protestant circles, to happen elsewhere?
I am sure one of the things the new Abp Westminster has been told to do is regn in the Tablet, one way could be to get nicer people on it editorial board.
Apart from Ms Peppinster's motives the other question that must be asked is how effective a vehicle for catechesis is the current liturgy.
at April 14, 2009

I'd rather die than receive that!

This sort of post really shows how desperate things are; and this is in the Diocese of Lancaster,its a pity POD waited till retiring before putting his house in order.

The priest at Grasmere (Cumbria) lives next door to the church. My mother is an extraordinary minister of Holy Communion in the parish and had heard nothing of this, which isn't to say it never happened just that I think it unlikely.
Could 'Lower Grasmere' be somewhere else entirely? Could this be an old story? Is there a possibility that the letter is a work of fiction, or refers to a hypothetical situation?

Interesting that they should opt for EP II...I don't suppose that those inclined towards lay-presidency would gravitate towards the Roman Canon!

Perhaps the letter is a hoax. It sounds a bit odd - the priest's car wouldn't start? Is that a reason for not getting to the church to say Mass? Don't they have taxis in Cumbria?

But your question is the right one: why did The Tablet print it? Presumably to spread the idea that Catholics all over the place are getting on with the priestless Church we are all supposed to be looking forward to.

I was simply HORRIFIED when I read this in the Tablet. The creeping Protestisation of the Catholic Church. Disastrous.

And people wonder why I might be delaying Swimming the Tiber. At least Anglican heretics can sing...

My I, a native of Westmorland *, correct you. It is GRASMERE and not Grassmere. This village has a lovely medieval church and a fine Jardine organ.

* A county that was absorbed into Cumbria by the bureaucrats in the 1970's.

Surely a hoax? Any half-decent editor would have sent someone to check out the facts.

Whilst one would hope it is a hoax unfortunately it is not beyond belief,mores the pity.

I'd have said it warrants excommunication

It sounds like a load of old cobblers to me.
The Tablet must be getting lessons from Richard Branson,we will certainly be tempted to read the rag even if we don.t pay for it.

Same sort of thing emanating from Downing St.They know they are beaten but refuse to lay down.

Anti Catholicism is rife in this country and is as bad as it was in the 19th C. We just have to be aware of the Fifth Column.

I agree that the current liturgy is not an effective catechetical tool. More than 40 years after the council and our laity is completely ignorant. Ms Pepinster went from being a lapsed Catholic hack via some dubious 'stepping stones' program (a sort of subset of AA) to editorship of a serious 'Catholic' journal in less than 18 months. It's manifestly absurd that she has any worth saying about the Catholic faith.

Patricius - a couple of problems here. Firstly the Tablet doesn't have a 'half-decent' editor and second, with regard to 'the facts' there's the old journalistic adage which goes 'never let the truth get in the way of a good story!'

Although I think I might just agree with your sentiment that this is indeed a hoax!

Surely (?) no-one would dare go THIS FAR to make believe their own liturgy. However, it is a matter for the local Bishop.

This sounds like a shocking lack of understanding of what the Eucharist actaully is.

Paulinus,
While what they did way appalling I really would find it hard to believe that they would do such a thing if they really understood the Faith. You can't deny people full Catholic teaching and then chastise them for not following it. I hope their priest will deal with the issue and everyone will be the wiser.

As regards the Tablet, there is no way this abuse should have been exposed like this. I would agree that it needs a good clean out.

I saw this in a Catholic Action alert and assumed from the word go that somebody had played a trick (in extremely poor taste) on The Tablet and that the Tabletistas had fallen for it, just as the people playing the trick expected them to - because deep down some of the Tabletistas would welcome this happening, and especially in PO'D's Diocese.

But I can't believe it really happened.

When they apologise next issue, I bet they manage to lay the blame on some EF-loving, Summorum Pontificum-quoting, priest-bloggers.

I agree with the others who are suspicious of this story. There seems to be a startling disregard for the very basics of journalism here. The "who" [exactly] WHEN, Place etc. are vague and unspecific.

I can't believe that if this actually did happen in a Catholic church somewhere NOT ONE PERSON would have stood up and said "this is horsebleep have fun explaning this to the bishop."

[If I had been present at such an occasion,I guarantee you there would have been a trip to the emergency room. "Miss Karen, if you just relax your ankle a bit I'm sure we can get it out of Miss So-and-So's rear end and we'll have you both out of here in a jiffy."]

"I'd have said it warrants excommunication"

I have been looking for "Lower Grasmere" and can't find it, there doesn't appear to be a Mass Centre there either.
I think I agree with those who suggest it is a hoax.

Here is the church in Grasmere:

Sunday Mass is listed as being at 11am not 10am though.

Look up the diocese in which Grasmere is situated and then check to see if there is a parish at Lower Grasmere. If so let the bishop know what is happening and if not let the Tablet know that they have been had.

If it should turn out to be a hoax - what delicious irony if the Tablet should have to print a line like "[We] hear that closely... [checking]the internet would have made it possible to obtain knowledge of the problem in time." - especially in light of their poor treatment of the Holy Father. Certainly I've got nowhere with googling 'Lower Gras(s)mere'.

I am glad that others are as taken aback by this extraordinary letter, I hope that it is a hoax. perhaps the most shocking thing, f it is true is that the woman seems so proud of herself, what a 'slap in the face' for the parish priest.

Whilst I very much hope this is a hoax, I have serious fears that this may be the latest diabolical attack on the Church - striking at the very root of faith. Only this Lent I had to listen to an elderly Dutch Dominican sister explain to a group of bemused ladies how the Dutch Dominicans have proposed 'lay presidency' in the absence of priests - some of you may remember this suggestion from a year or so back. I have also heard it from Anglicans recently.

Like Jackie, I would rather die, I think. Those who make the point that poor catechesis is to blame are correct. I heard nothing concerning the priesthood on Maundy Thursday - nothing to connect the Last Supper with it.

If people are left to believe that the priesthood is simply a functional, rather than an ontological, thing, it is a short step to believing it is not necessary at all. After all, anyone can do the actions. We need clearer teaching on sacramentality and the Sacraments.

I do think that the introduction of girls as servers was detrimental here; though I respect the Church's decision. Girls can function well - do the actions more deftly than boys - and this gives the further impression that what happens on the altar is all about functionality. I understand that this is not the same as the priesthood - but it all feeds into the same attitude.

Definately a hoax, I wonder is Fr F knows anything about it? As Fr Z would say 'I'm only askin'!

1. I can't believe that a priest would have left just on sacred host reserved, unless EMHCs took from the reserve for visits to the housebound and sick, without alerting the priest to the shortage: wot no phones? I know mobile signals are poor there, but ...
2. clearly parishioners not 'fit for mission'.
3. I am sure the good Lord would have counted a time of adoration and a Liturgy of the Word as a commitment to keeping the Sabbath holy, rather than this reported abomination.